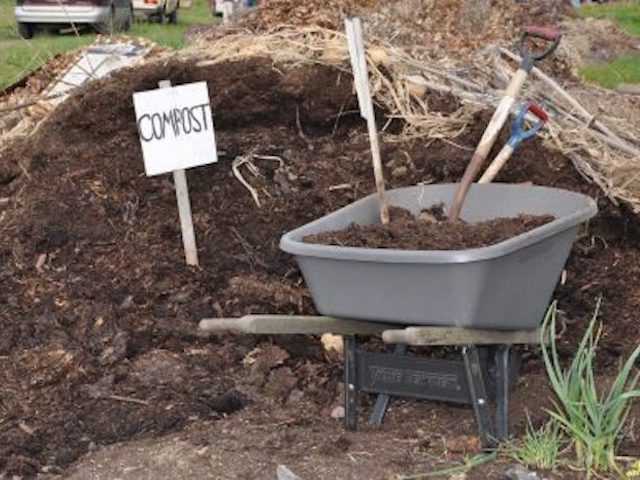 In 2016, Crag and the Center for Food Safety closed a USDA loophole that had allowed synthetic pesticides in compost used for organic production.

Prior to the new contaminated compost guidance, organic producers were prohibited from using compost contaminated with pesticides or other synthetic substances not allowed in organic farming. However after California organic regulators banned several pesticide-contaminated composts, the producer of that compost, along with other members of the waste management, composting, and large organic industry, insisted that the rule be changed. After consultation with these industries, but without first undertaking a formal rulemaking and allowing public participation , USDA issued a “guidance” allowing the use of green waste (e.g. like lawn clippings) compost contaminated with prohibited substances, such as the residential pesticide bifenthrin.

The USDA’s decision weakened the integrity of organic food production, not only by creating inconsistent organic production standards but also by undermining the essential public participation function of organic policy-making. Since USDA never subjected the contaminated-compost decision to formal notice and public comment rulemaking, USDA failed in its duty to ensure that its regulation is consistent with the standards set forth for approving the use of synthetic substances.

In addition, the NOP guidance was inconsistent with the Organic Food Production Act (OFPA), which requires that compost producers are responsible for identifying sources of feedstocks used in compost to ensure that only allowable materials make their way into compost. The new NOP guidance violated OFPA by allowing compost to contain banned substances.

After Crag initiated the litigation challenging USDA’s issuance of this guidance without giving the public and organic stakeholders the opportunity to participate and object, USDA moved to dismiss the case in September 2015, arguing that it was allowed to unilaterally open the loophole through the guidance. The Court denied that motion and the case proceeded. Several industry groups (including a group with ties to pesticide giants, and the Organic Trade Association) argued that the Court should leave USDA’s loophole in place even if it found the agency violated the law in establishing it.

The U.S. Federal Court for the Northern District of California was unconvinced by either USDA or the industry groups. In June 2016, Judge Corley sided with our clients, ruling that the NOP violated the law when it issued what it called a “guidance” that weakened the prohibition on synthetic pesticides in organic compost. The NOP regulations require that it only allows the use of synthetic substances in organic production that are included on the National List of Allowed and Prohibited Substances. The USDA’s guidance allowed organic producers to use green waste compost materials treated with substances that aren’t included.

The Court found that the USDA had fundamentally undermined the long-standing prohibition of synthetic pesticide contaminants in compost. It had violated the law when it unilaterally opened the contaminated compost loophole without public input. The USDA made the change without the required rulemaking process, usurping the public’s right to ensure USDA activities are consistent with the OFPA.

The Court also refused to leave the unlawful guidance standing, protecting organic farmers from the unwitting use of contaminated compost listed for use in organic. Now, industry can no longer sell or use contaminated compost in organic food production. Should USDA try to change the law again, it will have to do so with public participation.

“Organic consumers expect the products they buy to be safe and not harmful to the earth. We brought this suit to force the government to abide by the laws designed to ensure the integrity of our nation’s organic production and certification system.”

“Public participation in governmental decision making is the hallmark of organic food production. It’s also what ensures government accountability in maintaining and enhancing organic integrity throughout the entire supply chain.”

Check out the Center for Food Safety’s articles about this case:

Loophole for Pesticides is Challenged

The USDA Tries to Stop Lawsuit

The Center for Food Safety is a nationwide nonprofit working to protect food, farmers, and the environment. Since its inception in 1997, CFS has defended and protected organic standards as a major part of its mission.

The Center for Environmental Health is an organization that works both in the boardroom and the courtroom to protect people from harmful chemicals in air, food, water and in everyday products.

Beyond Pesticides is a nonprofit organization that has worked with allies since 1981 to protect public health and the environment by leading the transition to a world free of toxic pesticides.