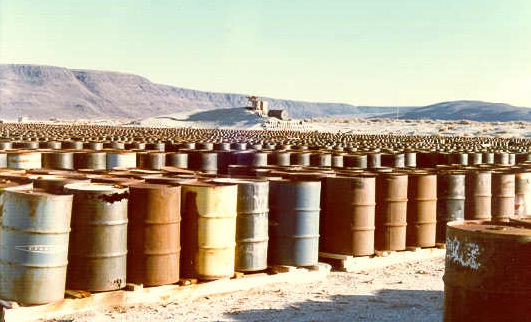 Almost a half century ago, a company that is now owned by Bayer Cropscience made and pr 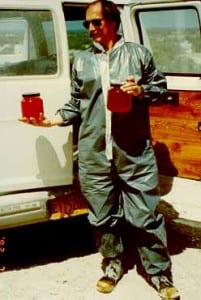 ofited from the sale of toxic chemicals known as Agent Orange that were used in the Vietnam War.  The Department of Defense bought tens of millions of gallons of Agent Orange,  a defoliant containing the highly-toxic and carcinogenic chemicals – 2-4-D and 2-4-5T.  These chemicals caused countless cancers in American soldiers and the Vietnamese, and left a toxic legacy on the Willamette in Portland and in Oregon’s scenic high desert.

Shortly after the war, the company sought to get rid of the waste that was the byproduct of manufacturing these chemicals, and it had the toxic waste transported in over 25,000 fifty-five gallon drums to Alkali Lake in Lake County just north of Christmas Valley.   According to news reports at the time, the drums were leaking when Oregon DEQ took over the site in 1976, and it was estimated that about 50% of the Agent Orange and residues had evaporated into the air and leaked out onto the desert floor.  DEQ took over the illegal waste site because the company had done nothing to ensure the toxic waste was properly maintained.  In 1976, the DEQ crushed and buried the drums onsite as KOIN news documented in this historic footage from its news broadcast.

Now decades later, the company that made the waste and profited from its sale demands to be let off the hook by Oregon for a mere $700,000 in monitoring and maintenance costs along with a permanent cap on its future liability – capping the overall liability for monitoring only at a paltry 20%.  The company is demanding that DEQ let it off the hook for about 50 cents per gallon for the poisons it made which were dumped in Oregon’s high desert – just to cover the cost of monitoring and maintaining the site to date.  The company is refusing to take any responsibility for an actual clean up of the illegal dump site.

DEQ floated this “offer” to the public and it was rejected.  On behalf of local residents and the Oregon Natural Desert Association, the Crag Law Center objected to the settlement, and DEQ recently announced publicly that it would not go forward with the deal.   The EPA’s recent review of the site underscored the limitations of the monitoring conducted to date.   The EPA’s report identified the risks that the toxic dump poses to the threatened Western Snowy Plovers, Greater Sage Grouse,  backcountry visitors to the nearby Juniper Mountain proposed Wilderness area, adjacent cattle operations and nearby spring water sources.  The EPA did not explain how the site scores on being designated for clean up on the National Priority List (the Superfund list), and ONDA may petition the EPA to designate the area for clean up.

While Bayer Cropscience reports billions in sales every year, its attorneys have said they would fight Oregon in court unless the DEQ agreed to just monitor and maintain the site – and not 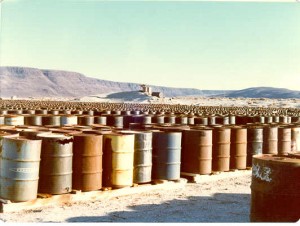 perform any clean up.   If a third party opens the case, Bayer Cropscience has demanded that DEQ accept the lion’s share of the responsibility and make Oregon taxpayers responsible for 80% of the estimated future costs.

An EPA technical team visited the site last year and documented that these highly toxic chemicals are migrating from the dump site – underground and on the surface in rain water.    While the DEQ has put a perimeter fence up around part of the most toxic parts of the dump, the fence does nothing to prevent the migration of the chemicals in the ground and surface water.  The area where the toxic chemicals were applied to land – as part of failed experiments – has not been fenced off or cleaned up.  The DEQ has not proposed any options to clean up the site – as cleaning even part of it up the site could cost tens, if not hundreds, of millions of dollars.  To date, DEQ has taken a “maintain and monitor approach” – and Bayer only offered to pay based on the limited site characterization performed by DEQ.

Local citizens do not believe that the Oregon DEQ or its attorneys with the Oregon Department of Justice have done an adequate job holding Bayer accountable nor have they done an adequate job characterizing the risks that the toxic dump poses to human health and the environment.  DEQ appears to be conflicted and unable to advocate for the public interest.  Bayer Cropscience appears to be exploiting the conflict by offering DEQ a little something towards its cost to date, while foisting the burden for any clean up onto Oregon taxpayers.  On behalf of our clients, the Crag Law Center has asked DEQ to 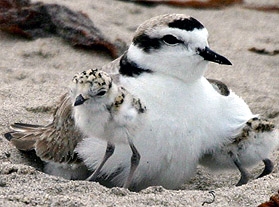 exercise its authority and work with EPA to declare the site a Superfund site and initiate a clean-up action with EPA’s help.  DEQ has yet to explore feasible clean-up options – including digging up the most contaminated soils and ridding them of dioxin.  DEQ needs to take a fresh look at the facts and pursue a meaningful settlement with the polluter.

The material at this site is highly toxic, poisonous to life – and it is actively migrating off the site.  There is no clean up planned.  On behalf of local citizens and the Oregon Natural Desert Association, the Crag Law Center will continue to press the EPA and the DEQ to make the polluter pay for the toxic mess it left in the desert.   Bayer Cropscience records billions of dollars in sales every year, and Oregon can do much better than to let the company off the hook for a pittance of just the costs to monitor.   The polluter who made the profits should pay the bulk of the costs to clean this toxic mess up.

Letter to EPA from ONDA regarding Threats from Alkali Lake – December 22, 2009