Anu Sawkar: It’s More than just Advocating for the Environment 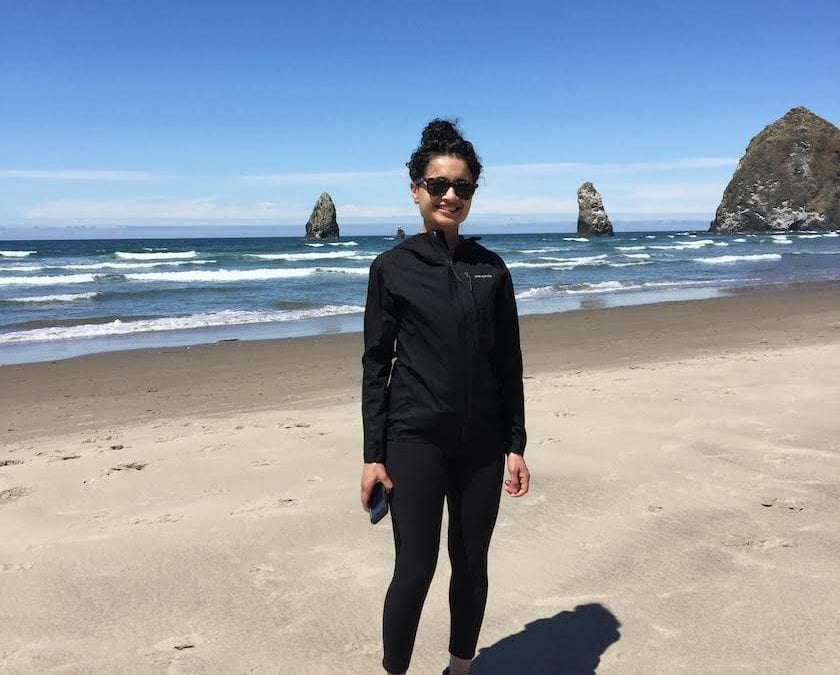 Anu Sawkar joined Crag as a Legal Fellow in 2019 but has been a Crag volunteer and supporter for over a decade. She was born in Poughkeepsie, New York but considers Portland to be the place that shaped her. She has a B.A. in Politics with a minor in economics from Whitman College and a J.D. from Cornell Law School. She is now an Associate attorney with Crag working in Coastal Law.

Anu has a deep connection with the Pacific Northwest, and she enjoys hiking, biking, running, yoga, and just being outside. She was born in Poughkeepsie, NY and lived in Pittsburgh, PA, but considers Portland to be her hometown.

“Portland was the sort of place that dreamed about living when my family was still living back east. Back in Pittsburgh, I remember going outside to play in our apartment complex’s backyard and I would always imagine that there was a river, ocean, or stream…I would always imagine that I was having an adventure in a wild piece of nature instead of just running around on some bare, mowed hills. We moved to Portland when I was eight years old, and it meant that I got to have all of those adventures in real life—visiting the Oregon coast, all the waterfalls in the Columbia Gorge, and Mt. Hood. It was magical.”

If you get the chance to get to know Anu, you will find out rather quickly how passionate she is about creating an environment where people of all backgrounds can thrive. Anu told me that growing up, it was really hard for her brain “to let the unfair stuff go.”

“I am driven by the need to level the playing field. That is one theme that has influenced my academic and career interests, and it likely comes from personal experiences and so many things I have seen growing up in the Pacific Northwest. Over and over again, you witness how communities and people who are most impacted by certain legal or political decisions are oftentimes being excluded from the decision making itself. My experience doing community-based research at Whitman, where I got to work alongside high-schoolers who identified as Latinx in Walla Walla to document their opinions about voting, really made this drive explicit to me. I cannot stand to see people or groups who have the skills, talents, and ideas—the true expertise and knowledge to know what their communities need—not get a seat at the table when it comes to the legal and political decision-making that would impact them the most. Both consciously and unconsciously, I would say that most of my academic and professional pursuits have been directed at learning how I can most effectively use my skills and my privilege to lift the voices of my fellow community members. I want to make sure people are heard. I also want to make clear that it is a lifelong learning process, like anything, it involves making mistakes and reassessing. But it drives me.”

Anu learned about Crag from a family friend, and she volunteered at Crag in different roles before and after going to law school.

“I had a non-traditional path into law school, and I had a non-traditional path after law school. I wasn’t working in the legal field after I graduated from law school. But I had really good people in my life (including my mom) who believed in me and continued to encourage me to find a career that would be meaningful to me. With that encouragement, I reached out to Suzanne at Crag after law school to see if I could volunteer in Crag’s development office, to see if maybe that would be a good fit for me. Volunteering with Suzanne got me re-inspired. I remember what pushed me into law school in the first place—the potential to balance the scales, so to speak. When I began working with an attorney career counselor, the obvious was pointed out,  all of the values and needs I identified through our workshop showed up in some form at Crag, where I was still volunteering. Once she made that point, I knew I had to see if there was a role for me at Crag”.

Anu then applied to join the Crag team and was accepted as a Legal Fellow. Confident that Crag would be a great place for her to build confidence as a young attorney. Anu started working with Courtney Johnson, Crag’s Executive Director and Staff Attorney on the Coastal Law Project where she was provided support to grow as an attorney, but not micromanaged. She told me how Crag was different than other law clinics and that she didn’t expect to be working directly with clients so soon.

‘Working at Crag is really a dream come true: it gives me a way to channel my impulse to fight for fairness and make sure people’s voices are heard. I get to do my small part to level the playing field.  Essentially, I get to do my best every day to make sure that no one else’s apple tree is cut down without them having a say about it.”

The other thing that makes Crag so special to Anu is its focus on mentorship.

“It is key that legal aid for the environment includes mentorship for the next generation.I would not be where I am in my life without Chris, Ralph, Courtney, and Suzanne taking a chance on me, and Maura and Oliver working with me. Crag has given me a way to continue learning, to continue and developing my skills and talents, it’s giving me a way to use my skills and talents to fight for fairness. Now I’m on the other side, I get to be a part of fostering the next generation of environmental advocates. It is really just the best.”

Her position at Crag has allowed her to explore her career interests which focus on community related projects like the Coastal Law Project. She volunteered with Portland Homeless Family Solutions, an organization she was active with for over 4 years. She continues to believe and support the work that it does.

Although being a lawyer can be challenging and quite stressful sometimes, Anu loves the research, writing and investigating parts of her job the most. I asked her what she was most excited about with current environmental policy and she told me that with the current administration, people get to see how important the litigation process is in environmental policy. She is especially concerned about local land use in Oregon and how federal environmental policies don’t often account for the impacts of climate change.

As I am nearing graduation and the next chapter of my life, I asked Anu for some advice. She wanted to let me know that it is okay to say “I don’t know” and that it is even more okay to spend time thinking about what you don’t know and how you are going to get the right tools or knowledge to figure it out. I could tell that Anu sensed my anxiousness and she is someone who no matter the predicament that you are in, will try to help you.

With every question I asked Anu, she asked me one back. She was more interested in trying to learn more about me, which is a rare quality to have. 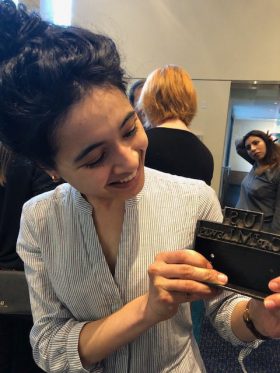