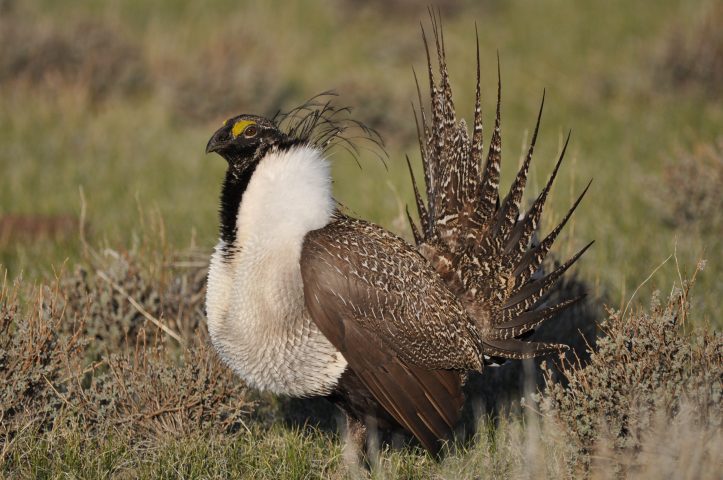 In the historically and culturally rich region of Eastern Oregon, dedicated organizations representing thousands of eastern Oregonians have filed a legal challenge to the Bureau of Land Management (BLM) and U.S. Forest Service’s (USFS) approval of the “B2H” transmission line. The B2H line, or Boardman to Hemingway high-voltage transmission line, would pass through 300 miles of historic Eastern Oregon, threatening trails, forests, parks, communities, and wildlife habitats.

If this transmission line goes forward as it is currently planned, the project will begin in 2023, spanning a multi-year construction period. The transmission line was originally proposed 12 years ago; the intervening decade has seen technological energy developments which the BLM and the USFS have overlooked. In short, this destructive transmission line project relies on outdated technology. As the Stop B2H Coalition says on their website, “B2H is an old-school solution to a problem better solved with local conservation and local power generation, which creates local jobs.”

The concerned group of eastern Oregonians – members of the Stop B2H Coalition and Greater Hells Canyon Council – brought their concerns to the attention of the BLM and USFS for multiple years, but the federal agencies greenlighted the proposal. With no other recourse, the groups turned to Crag and local attorney Dave Becker to file a federal lawsuit.

Crag and co-counsel Dave Becker filed a lawsuit against BLM and USFS on November 12, 2019, challenging the approval of the transmission line. Crag represents the Stop B2H Coalition, Greater Hells Canyon Council, and individuals Jim Kreider, Fuji Kreider, and Gail Carbiene. The complaint focuses on the transmission line’s impact on the historic Oregon trail and local sage-grouse populations. 170-foot-tall transmission lines would cut across one of the few remaining segments of the Oregon Trail near the Historic Oregon Trail Interpretive Center, forever marring views that currently allow visitors to contemplate the landscape as it looked to the immigrants who followed the Oregon Trail in the 1800s. The sage-grouse population in Oregon in 2019, about 14,000 birds, was at its lowest level since 1996. Predators, such as raptors and ravens, will perch on the transmission line and prey and sage-grouse eggs, chicks, and nesting birds.

The suit addresses the federal agencies’ failure to adequately evaluate the need for and environmental effects of the line, which would cause harm to family farms, residential areas, and wildlife habitat.

Jim Kreider, Co-Chairperson for Stop B2H Coalition, explained: “Public comment on the federal environmental review closed more than four and a half years ago, long before Idaho Power completed its design for the project. The transmission line route was changed to pass within 2,000 feet of homes in La Grande, and there has been a lot of new information about the project’s likely destructive impacts on eastern Oregon. We are trying to prevent catastrophic damage to our public and private lands by an out-of-state corporation which prioritizes profits for its shareholders.” 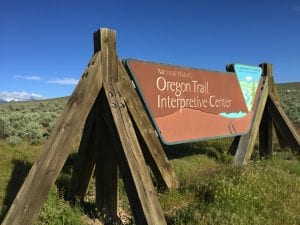 The groups are also concerned with likely public safety hazards along the project route, including geologic instability and excessive noise near homes, recreation areas, and campgrounds. The B2H Project would also crisscross the Oregon Trail’s historic ruts and viewsheds—yet BLM refused to consider a citizen-proposed alternative of burying the line for less than two miles in front of the National Historic Oregon Trail Interpretive Center in Baker County, where 40,000 people come each year to admire the historic Trail.

“This power line would literally cut a permanent destructive swath through local forests and grasslands,” said Brian Kelly, restoration director for Greater Hells Canyon Council of La Grande, who also expressed concerns for BLM’s failure to adequately address impacts on wildlife corridors, clean water, climate change, habitat for elk, deer, salmon, and more. “We must protect these values that are so important for all of us.” The groups argue that BLM underestimated the line’s impacts on several resources, including Morgan Lake Park and the habitat of imperiled plants, fish and birds—including the Greater sage-grouse, whose Oregon population in 2019 reached its lowest level in three decades—as well as the likely spread of invasive weeds on public lands and family farms. “In addition to those obvious deficiencies,” Kreider went on to say that “technological changes in the utility industry have made Idaho Power’s 12-year-old proposal obsolete.”

The species most in danger from the 300-mile transmission line is the resident Greater sage-grouse, an awkward-looking bird that symbolizes the environmental decline over the Western United States. The American West was once home to 16 million of these small birds that have elaborate mating rituals, but now fewer than 50,000 exist due to the disastrous effects of human development. The most recent statistic, according to the Oregon Department of Fish and Wildlife, pegs the number of sage-grouse in Oregon at around 14,000 individuals. Transmission lines are a leading cause of their endangerment and potential extinction.

The B2H transmission line also would directly obstruct viewpoints and hikes at the well-known National Historic Oregon Trail. The Oregon Trail Interpretive Center brings 40,000 people annually and has hosted around 2.3 million visitors total. The center has been an important landmark for public education. This interpretive center brings tourists to Eastern Oregon, specifically Baker City. The B2H transmission line would permanently impair the experiences of the 40,000 annual visitors making the trip to experience the historical and cultural significance of Eastern Oregon’s lands. This tourist attraction is embedded into the culture of Baker City and much of Eastern Oregon. 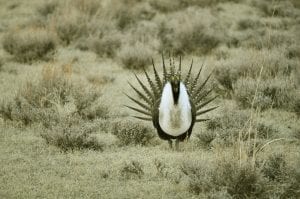 The Boardman to Hemingway (B2H) transmission line project was officially initiated in 2007 by Idaho Power Corporation, a private, for-profit corporation, in conjunction with PacifiCorps and Bonneville Power Administration. After a lengthy review, the Bureau of the Land Management (BLM) and U.S. Forest Service approved of the 300-mile long transmission line in November 2017. The Stop B2H Coalition gathered new information previously not considered in the original 2017 Environmental Impact Statement issued by the BLM. The new information informed the BLM of the severe environmental impact of the transmission line cutting across the natural land and habitats of Eastern Oregon. In an attempt to bring their concerns to the attention of the BLM, the dedicated coalition wrote many letters calling for a revision and ultimately, recall of the Environmental Impact Statement. The Stop B2H Coalition received no response from the BLM.

With no other options left, the Stop B2H Coalition sought legal help from Crag Law Center and co-counsel Dave Becker. The coalition’s original intent was not to take any legal action, but the lack of response and negligence on the part of the BLM left them with no choice. On behalf of Stop B2H Coalition, Greater Hells Canyon Council, and individuals Jim Kreider, Fuji Kreider, and Gail Carbiener, Crag and Dave Becker filed a complaint in the U.S. District Court for the District of Oregon in Pendleton, in November 2019. The coalition remains hopeful that they can halt this extremely dangerous transmission line as other groups have halted the progress of 12 other transmission lines in Oregon. This is an ongoing issue and more updates to come in the future! 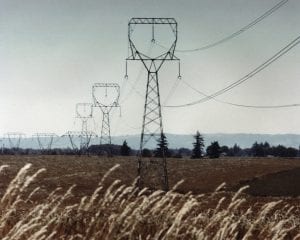 Crag Law Center represents the Stop B2H Coalition and Greater Hells Canyon Council in the case against the Bureau of Land Management and the U.S. Forest Service.

Stop B2H Coalition is a “non-political, grassroots organization of almost 700 individuals and a growing number of member organizations.” The Stop B2H Coalition is dedicated to protecting NE Oregon’s environmental, historical, and cultural sites, including the Oregon National Historic Trail and Morgan Lake Park. In addition to the aforementioned values of the land in Eastern Oregon, one of the primary goals of this grassroots movement is to transition from reliance on “dirty” energy that promotes climate change to renewable energy sources.