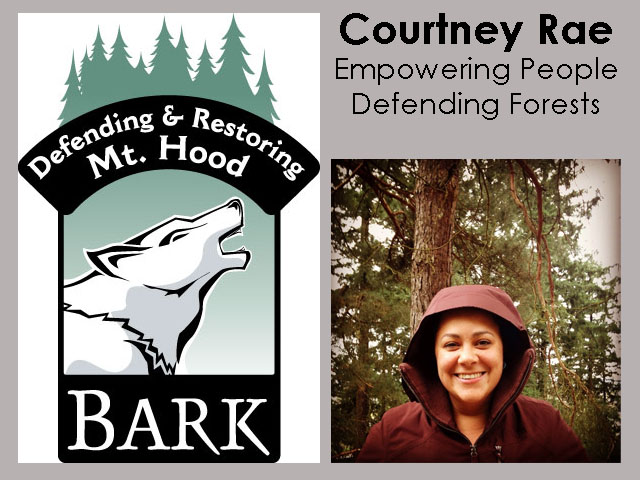 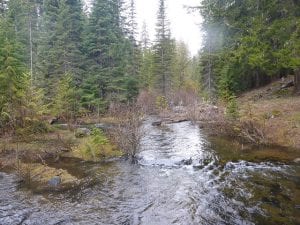 Sixty miles east of Portland, snow-covered Mt. Hood rises up from a million-acre forest. Over four million people visit this large forest every year, many coming for recreation to enjoy its beauty. Indeed, local nonprofit Bark brings Oregonians on Bark-About hikes in Mt. Hood National Forest every month in order to showcase the natural ecology of areas that the timber industry has proposed to log.

Crag staff attorney Courtney Johnson knows that Bark’s hikes are important in Oregon because they “connect hundreds of people every year to the landscape of the forest.” Bark believes that the public’s connections to the forest should be the driving philosophy of public land management rather than timber or other extractive industries. “We believe that the forest should be managed to the best benefit of everyone and that the commercial extraction priority does not serve the greatest public interest,” says Courtney Rae, Bark’s community organizer.

Bark elevates the voice of the community in consideration of how the forest is managed. Courtney Rae describes how, “A huge part of changing the way the forest is managed is to clarify for people that if we don’t put forward our interpretation of what forest value is, then the business version is going to continue to drive the actions that happen.” By getting people out into the forests, Bark hopes to educate people about what is actually going on there and what is at stake if timber sale proposals are approved. While locals already understand the true value of Mt. Hood National Forest, Bark wants everyone to recognize just how important the forest really is so that they will become invested in protecting it. 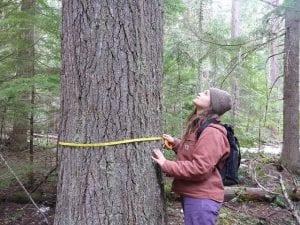 A Bark volunteer collects data in the field. Photo courtesy of Bark.

Hundreds of Bark volunteers are already extensively involved, conducting fieldwork at proposed timber sales in order to provide current information to Bark, which then compiles alternative plans that they send to the Forest Service explaining how to better safeguard the forest.

While Bark currently intercedes on individual logging projects to give site-specific alternatives, they ultimately aim to completely end the commercial timber program on these public lands. Bark recognizes that, “in order to increase our success, we need to give the Forest Service a set of guidelines to work with so that they are actually aiming for goals that we support, so that the things they are trying to achieve actually are what the public wants.” This kind of lofty goal requires a paradigm shift in how the Forest Service thinks of public lands.

Bark does not just work to protect the trees from extractive timber industries; it also works to protect Mt. Hood’s water supplies. When Nestlé tried to access water rights for a commercial bottling operation Bark worked to facilitate over 94,000 people in telling state officials that giving away 100 million gallons of Oxbow Springs’ water per year is not in the public interest.

Crag provided strategic guidance to Bark and other organizations in the Keep Nestlé Out of the Gorge Coalition for years. Courtney Rae explains that each of these organizations has “some legal capacity but to have Crag doing most of the heavy lifting to figure out when and where we need to take legal action is super helpful because this is a big corporate case.” Crag leveraged years of experience and connections to give every advantage to the coalition.

Crag spends much of its time helping the organizations understand the complex legal issues at play during cases as big as this Nestlé one. Courtney Rae emphasizes that, “Having a legal organization that is also capable of doing that translation for us regular people is just incredible because that stuff takes so much time and energy to decipher. Having it at your fingertips working with Crag is really great.”

Courtney Johnson appreciates how dedicated to action Bark is. “Whether they are working to stop commercial logging, protect clean watersheds, or re-plant trees in decommissioned roads, Bark’s team of staff and dedicated volunteers are a model of thoughtful activism for public lands.”

Get Involved and Volunteer with Bark