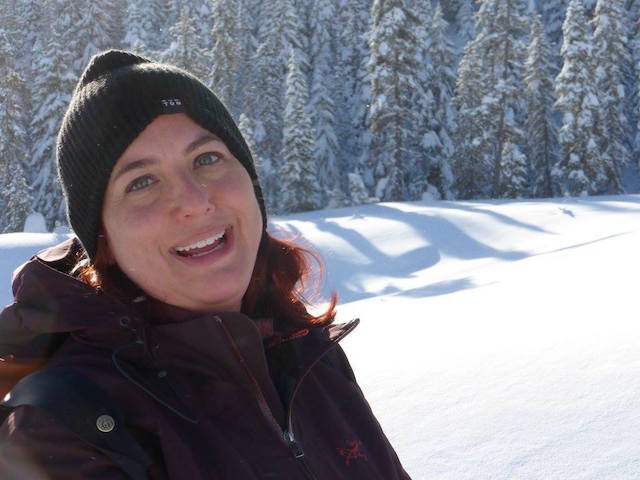 Carrie joined Crag’s Development and Communications team in February 2016. She is a graduate of Portland State University with her Bachelor’s Degree of Fine Arts in Art Practices. She has completed a minor in writing and is experienced with memoir, poetry, and grant writing.

I must confess that this interview was a veritable contrivance. That is to say, Lindsey, my counterpart, and I have worked with Carrie all summer. We have had the privilege of coming to know her tendencies, her humor, her sorrows, and her joys. As a result, our interview with Carrie is almost humorous to conduct—we know the answers to the questions before we ask them, and Carrie is also aware of this, but I ask her to kindly indulge me for the sake of consistency.

Carrie is of a small stature, unassuming in her aspect. Her bright voice can be heard across the room, and her laughter is infectious. In interviewing Carrie, I notice that she is content to do less talking and more listening, as Lindsey and I prattle on about television shows and movie ratings. Carrie often conducts herself in this fashion, thrilled to discuss any number of topics and relay many humorous anecdotes with relish and zest, but she often stills herself to listen intently to whomever she engages.

Carrie is a twin, born in the Twin City of Minneapolis, though she spent her childhood in Springfield, Missouri, southwest of St. Louis. She emphatically declares that she grew up in the Midwest, not the South, as many people would prefer to classify Missouri. Independent of her upbringing’s location, she has had a steady interest in art throughout her life. Carrie says, “I am an artist,” so matter-of-factly that I find it clear that she has taken on art as a complete portion of her identity both in adulthood and childhood. Consequently, she has completed a lot of artistic projects in her lifetime. Specifically, for her thesis project, Carrie created a series of wooden, life-sized cubic puzzles. She painted a series of scenes on the cubes that were based on her memoir writing, then invited her observers to assemble the puzzles.

She laments not having access to a studio or lab, thus she spends a lot of time painting, and says that she loves to write poetry. In fact, she has found that the weather in Portland—or rather the entire Pacific Northwest—conforms nicely to her creative environment. It is the kind of weather, she says, in which “you don’t feel guilty about not getting outside to get things done,” thus allowing her to focus more intently on her artwork, be it painting, writing, or printmaking.

Her favorite thing about Portland, she says, is its culture and easy access to outdoor spaces, be that Mount Hood, the beach, or Forest Park. She loves that the city teems with art galleries, poetry readings, studios, and literature circles. She herself has acquired a network of artistic friends who support one another in their creative endeavors.

Though her artwork is fascinating, during the whole of the interview, I can only wonder why Carrie chose to move all the way to the West Coast from her comfortable Midwestern roots. She timidly admits that while the Midwest holds the title of “home,” it no longer feels like home.  She says “I don’t know that I ever felt like I quite fit in in the Midwest.” Moving to Portland, therefore, was a natural phase for her: she realized that St. Louis where she lived for five years, was not for her, so when she visited Portland with a friend, Carrie immediately decided on her next city.

When she arrived here, Carrie worked as a community relations manager for a bookstore and has worked for an outdoor retailer for almost a decade. While she claims not to be an expert at any one activity she is always willing to try new outdoor activities, be that rock climbing, whitewater rafting, sea kayaking, snowshoeing or skiing.

Carrie learned about an opening in the development department at Crag from a board member and her experience in community relations, writing skills, and love of the outdoors made her a perfect candidate for the position.

Carrie says that when she imagined coming to work for attorneys, she was not sure of what to expect, but she admits that she, “maybe had a little bit of a bias that the lawyers would be argumentative or that sort of thing.” She found, however, that the attorneys are nice, cooperative, and helpful: “I think of lawyers now in a more positive light. I would say that they’re wordsmiths.” She also observes “they are actually quite humorous and entertaining—that is when they’re not busy saving the world.” She says the most compelling piece of Crag’s work is the advocacy on behalf of communities, the way that they invest in “giving people their voices.”

“Everyone should have a voice; not just the people who have money or power, or the ability to own the land.”

She said that before her environmental advocacy course at Portland State University, Carrie did not understand what environmental justice entailed, but she has found that environmental advocacy, especially the cases that Crag works on, emphasizes on “letting the neighborhood decide, and everyone should have a voice; not just the people who have money or power, or the ability to own the land.” She views this as one of the most compelling aspects of Crag’s environmental work.

Finally, I ask Carrie what she would advise her younger self to do. Her response is, “follow your passions. I think you’re happier doing the things you’re passionate about, no matter what it is.” Her colleagues, she agrees, have clearly done that with the passion that they demonstrate every day in their work at Crag. 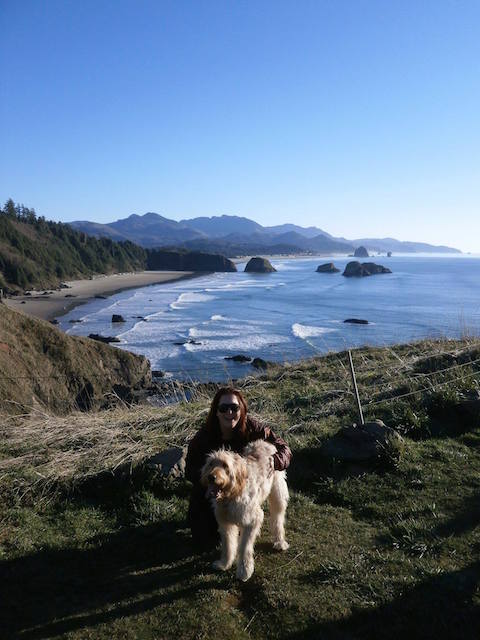