On Monday, March 30th, Ralph Bloemers will argue a case that will decide the future of the White Salmon River Valley.  This long-standing case that seeks to protect land and water supplies along the White Salmon River from high-density development was designated as Special Management Case by the Washington Court of Appeals.  In light of the special nature of this case, the Chief Judge directed that the case to be argued locally at the Hudson Bay High School in Vancouver, Washington on Monday, March 30th.  The proceedings are open to the public and begin sharply at 10 AM.  Court will convene in the upper gym.

For over five years, Crag has represented the Friends of the White Salmon River and the Friends of the Columbia Gorge in this case, in a challenge to a new zoning plan advanced by Klickitat County that would increase the density of development along the Wild & Scenic White Salmon River by ten-fold.    The case was filed in Superior Court in Clark County, Washington under state court rules that allow local citizens to challenge local county decisions in other jurisdictions.  Our clients in this case include local residents, fisherman, kayakers, rafters, farmers and forestland owners who are concerned about the impacts of the proposed development along the White Salmon River. 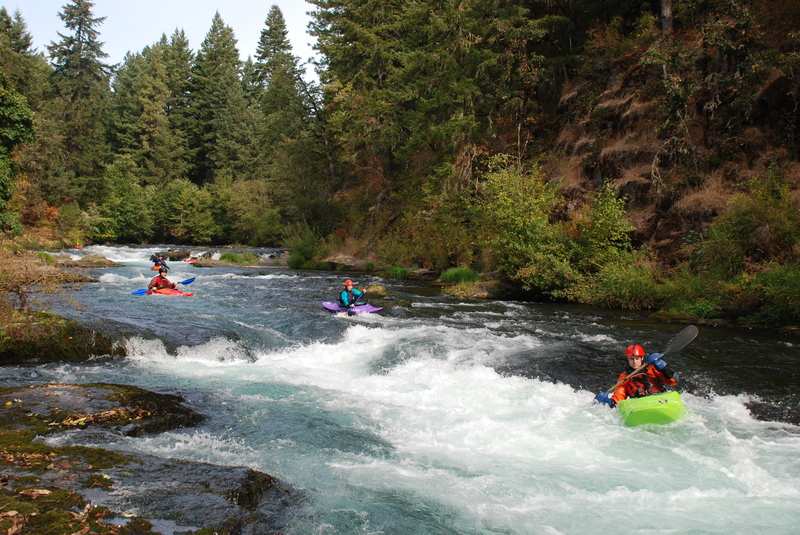 Staff Attorney Ralph Bloemers presented and argued the case, and in an opinion issued in 2013, Clark County Superior Court Judge Barbara Johnson found for the Friends of the White Salmon River and Friends of the Gorge on all six claims.  The court found that the County had violated state law and the Washington constitution in a variety of different ways when it ignored impacts on water supplies, failed to consider the impact of sprawling development on threatened and endangered fish and illegally increased the density on land within and adjacent to the Wild & Scenic River Corridor.

The County then appealed the decision to the Washington Court of Appeals, and the future of the White Salmon River Valley is now in the hands of a three-judge panel.

***If you wish to come and watch the action, we encourage you to arrive at least 15 minutes early to clear security and get seated.  Each side gets 15 minutes to present their case, and the matter will be heard along with other cases.  The morning session will end at noon.