Challenging a Controversial Sewage Treatment Plant in Chiloquin, OR 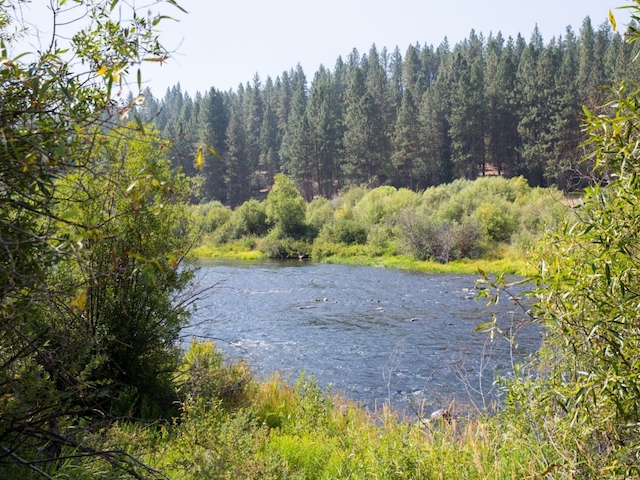 Chiloquin, Oregon, a small town of less than a thousand people, is nestled in between the Fremont-Winema National Forest and the globally renowned Crater Lake National Park. The rural town of Chiloquin is surrounded by flourishing federally protected forest land unique to Central Oregon. In early 2020, the City of Chiloquin proposed a three-stage sewage treatment plant to be located two miles outside of the city limits on protected forest land.

The project would pump sewage uphill through a pipeline to a parcel of land adjacent to Highway 22, nearby local residents and within designated winter elk habitat. Needless to say, this proposed sewage plant drew the attention of locals who had concerns over impacts to elk habitat and their local community. Klamath County approved the sewage plant after only one hearing in April–during the midst of the COVID-19 lockdown–with no further investigations or public input. This expedited process left the concerned community members with no other option but to legally challenge the decision.

On behalf of local residents, Crag filed a challenge to Klamath County’s decision to the Land Use Board of Appeals (LUBA). LUBA is a governor-appointed judicial body intended to simplify the appeal process for land-use cases, and provide consistent interpretations of the law. Hopefully, LUBA will make the County reconsider the alternatives to construction of this sewage plant and also to give our clients a voice during the proceedings of this case.

Oregon’s land use system is designed to allow community members to engage in decisions that affect their community. In this instance elderly neighbors requested a delay in the process due to COVID-19 because of concern for their health in traveling and entering public meeting spaces. No extension was granted. The decision will convert designated winter elk habitat to allow construction of 30 acres of new sewer ponds. Alternatives for treatment and location were not adequately discussed or explored during the process.

If construction goes as planned, this three-part sewage lagoon treatment facility would have direct and indirect effects on wildlife, the ecosystem, and local communities. While this treatment facility will undoubtedly negatively impact the health of the forest, the decision by Klamath County limited the democratic processes that allow community members to engage in local decision-making.

Given the drastic effects upon wildlife and local community members of this area, the City of Chiloquin has not explored enough alternative options to using this specific parcel of land with this treatment plant. This area is vulnerable and must be protected for the sake of the forest’s health.

In 1974, Oregon statewide land use planning goals were developed and implemented by the Land Conservation and Development Commission (LCDC). This marked a turning point in Oregon’s groundbreaking land-use law. These 19 statewide goals represent how Oregon has prioritized land use from the beginning. The City of Chiloquin requested an exception to some of the goals for this project. The sewage treatment plant would be a mile and a half outside the urban growth boundary in protected forest land. This means that the City of Chiloquin must provide a “goal exception” to the forestry goal, the sewage goal, and the urban growth boundary goal.

These guidelines are a central part of the Oregon judicial system. When you’re seeking a goal exception you must show “adequate alternatives,” which have been investigated and discussed and you must complete a detailed analysis about why this project can only go in this place. Exceptions must be consistent for the sake of the integrity of Oregon land-use law processes. Alternatives for treatment and location were not adequately discussed or explored during Klamath County’s process of approving the Chiloquin Sewer Ponds.

After Governor Brown issued stay-at-home orders due to Covid-19, a group of local community members requested a delay of the only hearing with Klamath County Commissioners and the planning board. However, Klamath County went ahead with the hearing anyway on April 28, 2020 to approve the City of Chiloquin’s sewage plant proposal.

At the in-person hearing, the three elected Klamath County Commissioners, authorities in charge of the decision making process, heard directly from the Klamath County planning commissioners, but due to technical difficulties they did not offer community members a way to provide comments on the project. They then closed the record of the meeting, cutting off the public. This group’s objections to the City of Chiloquin’s plan were essentially ignored during the hearing and decision process. As per Oregon’s land use laws, the County must either grant the public’s motion for a continuance of the hearing or alternatively, open the record for seven days to accept public comments before approving a project. However, the County did neither.

Once the record closed in April, the concerned residents of Chiloquin were left with no choice but to file an appeal against Klamath County, with the City of Chiloquin expected to be an intervenor. The Land Use Board of Appeals (LUBA) will hear this case and hopefully remand the decision back to the county. Ideally, a remand would force the city to reinvestigate the consequences of the sewage treatment plant and rethink the initial decision to approve of this development.

Victory! On December 10, 2020, the Land Use Board of Appeals ruled in favor of our community clients, finding that Klamath County failed to justify its decision to approve new sewer ponds on forested lands outside of Chiloquin, Oregon. LUBA agreed that the county failed to address alternative locations, impacts to nearby lands, and impacts to the important elk habitat in the area.