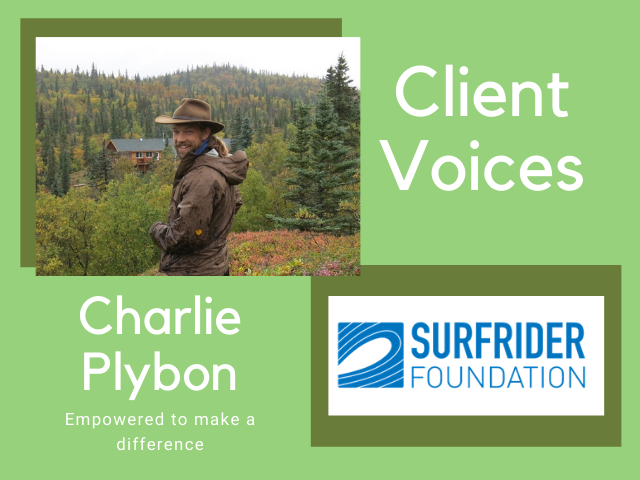 In this edition of Client Voices, I interviewed Charlie Plybon, the Oregon Policy Manager at Surfrider Foundation. Surfrider is an activist network with chapters all over the United States that fights to protect the world’s oceans and preserve coastlines for all people to enjoy.

Empowered to make a difference

Charlie Plybon first got involved with Surfrider while working at the Oregon Coast Aquarium in the early- to mid-2000s. A Surfrider member  gave a presentation for the aquarium on water quality and volunteer quality monitoring. Charlie was stunned to learn that the state wasn’t testing for water quality on beaches. An active surfer, Charlie had personally experienced the impact of bad water quality: He had gotten sick a number of times after surfing at local beaches. 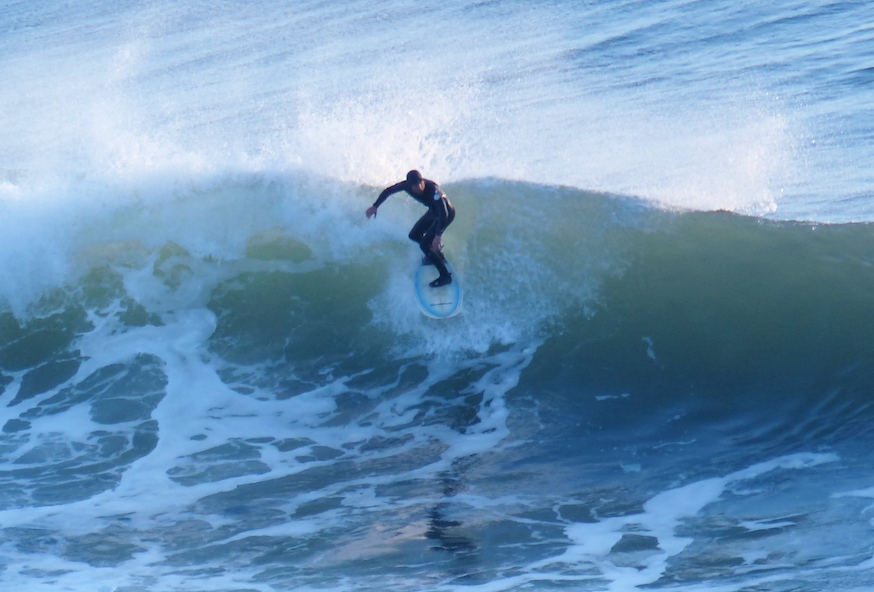 So when Surfrider offered to help him start up a water quality monitoring program at the aquarium, he jumped at the chance. Surfrider’s Bluewater Task Force program gave Charlie the opportunity to work on an issue he cared about and to do something important: protecting the health of people who frequented Newport’s beaches.

Three or four years after getting involved as a water quality monitor, Charlie started working for Surfrider as a field manager and helped found their Newport chapter.

He worked with volunteers and regional chapters on water quality advocacy, and with the City of Newport on stormwater and sewer issues. Now, 15 years later, he is Surfrider’s Oregon policy manager. This means that in addition to working at the local level, he now works a lot at the state and the federal levels on Surfrider’s policy issues.

“Surfrider is all about empowering people to make a difference,” he says.

Climate issues on the Oregon coast

In my conversation with Charlie, I learned that one of the climate issues on the Oregon coast is shrinking beaches. Our beaches are getting smaller because we have static development, such as homes or hotels, that are met by rising sea levels, increased storm activity, and coastal erosion. Oftentimes the response to coastal erosion is to further harden the shorelines with seawalls or riprap. These protect homes, but accelerate the shrinking of our dry sandy beaches. Excess CO2 in the ocean and coastal pollution are also major climate concerns – as our population grows, so does our collective impact.

Charlie told me a crazy fact to put it in perspective: There’s more oil entering the ocean each year from individual cars that have oil leaks, than from all of the historic oil spills combined. At first, that sounds terrible. But Charlie showed me that there is hope. If we all act as individuals, we actually can make an impact greater than that of the greatest oil spills on our planet.

“Your actions do matter, and if you scale those actions collectively, they make immense impacts on our ocean and our environment,” says Charlie. “Your work as an individual always matters. Collectively it can be much greater than any policy or any law that we can pass, or any environmental catastrophe that we can avoid.”

What it takes to make a difference 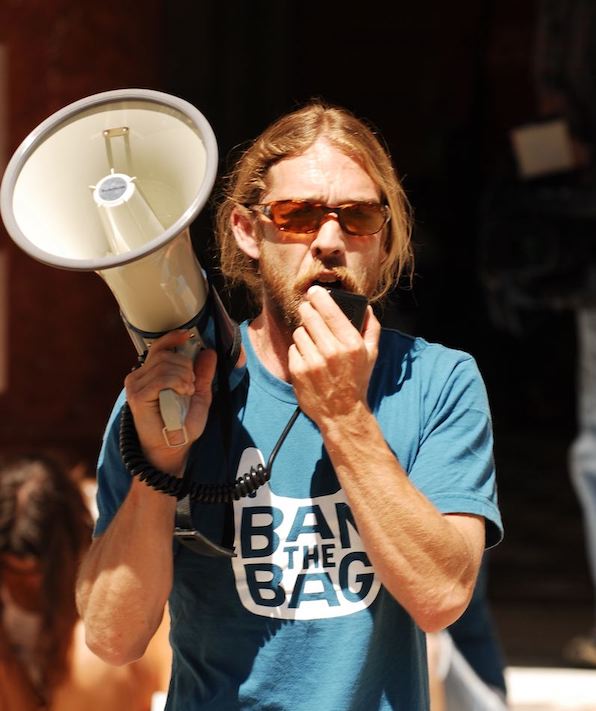 Charlie believes that high school kids like me can make change by focusing on two areas: decision-making and law. One of the most direct paths to making an impact is giving decision-makers  the right information to make good decisions. Sometimes, that can be a challenge.

“One of the things you realize in my job is that it doesn’t matter how much science I know and how good I am at explaining an issue to a decision-maker,” says Charlie. “Ultimately, if that decision-maker rejects science, or doesn’t believe in climate change, then it’s fruitless.”

That’s why he believes that groups like Oregon League of Conservation Voters electing and educating decision-makers, and more young people getting involved in politics are so important.

“We don’t need the continued sort of monoculture of old white guys making decisions. We’re a melting pot in the United States, and that’s not how our decision makers are reflected,” he says.

Also, Charlie believes that using law to defend the environment, as Crag has done for 20 years, is important. Law can be used to guide how natural resources are managed and protected.

Surfrider petitioned the Department of Environmental Quality to reconsider the terms of the mill’s permit due to non-compliance with state and federal water quality laws.

Though Surfrider didn’t get everything they wanted out of the campaign, Charlie is really proud of the changes they made by working with Crag. Georgia Pacific used to discharge leachate, which I learned comes out of the bottom of a landfill. Charlie calls it “landfill tea.” Thankfully, Georgia Pacific can’t pump leachate into the ocean anymore.

Also, discharge from the mill is now monitored and Georgia Pacific has to pay the City of Newport for what they dump in the ocean. This means the City is able to fund a lot more stormwater and water quality monitoring projects.

Crag played an integral role in this case, which was during the early years of the Coastal Law Project. It was a really complicated issue that involved a lot of permits and different environmental laws. According to Charlie, Crag’s legal expertise was critical for interpreting the issue, and for representing them on a number of appeals in court.

“For any environmental group, law is a critical piece or tool of any advocacy group if you want to be effective,” he says.

Surfrider’s long-time relationship has allowed them to work toward their shared goal of environmental protection, such as fighting the Jordan Cove LNG Terminal and protecting vital areas of the coast from marine energy development. An interesting fact: Charlie has known Courtney, our Executive Director, since she was an intern at Crag, when she was still in law school.

“I’ve watched the organization grow under her leadership pretty amazingly to be honest. I think the world of Courtney. The work that they’ve done in the past year though has been nothing short of outstanding. I’m really proud of what Courtney’s done with Crag.” 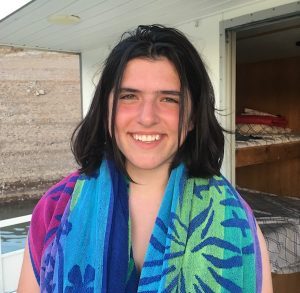 Rena is a 2020-2021 Crag intern and is currently a junior at Lincoln High School. She is interested in fighting fossil fuel emissions, environmental justice, and protecting clean water for all.