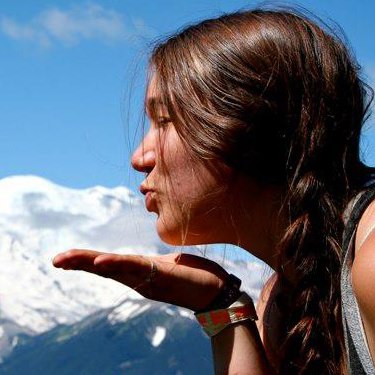 Crag’s client Kelsey Juliana (above) celebrated her last day of high school with the news that she and fellow Eugene teen Olivia Chernaik will get their day in court. Their lawsuit asked the State to take action in restoring the atmosphere to
350 ppm of CO2 by the end of the century.

For the last two years, the Crag Law Center has represented two courageous kids from Eugene, Oregon – Olivia Chernaik and Kelsey Juliana – who are both concerned that the State of Oregon is failing to take action to prevent catastrophic global warming.  These two girls have bravely stepped up to speak for their generation and to ask that the courts step in where the other branches of government have failed.  Concerned about rising sea levels, reduced snow pack and water supplies, drought, fire, and disease, they brought a case against Governor Kitzhaber asserting that the State of Oregon had failed to protect the public trust in essential natural resources by failing to limit emissions of greenhouse gasses.

On June 10, 2014, the Oregon Court of Appeals issued an important ruling that the children are entitled to their day in the court, ordering a lower court to declare their rights under the public trust doctrine.  The lower court originally dismissed their claims without addressing the scope of the public trust doctrine, finding that the claims were not “jusiticiable” – that the girls would not benefit from a declaration that the government was failing to protect the natural resources of the state.  In a unanimous opinion written by judge Erika Hadlock, the Court reversed that ruling and “assumed that the state will act in accordance with a judicially issued declaration of the scope of any duties that the state may have under the public trust doctrine.”

“Global warming threatens everything that we love about Oregon, from our rugged coastline to the mountains of the Cascades, from our farm land in the Willamette Valley to the high desert wilderness.  Which branch of government will finally step up to take responsibility for this crisis?  Olivia and Kelsey deserve their day in court.”

Kelsey, who is celebrating her win on her last day of high school, said:

“This decision makes me feel very proud to be an Oregonian. It validates the younger generation’s voice and lets us know that we are listened to and considered, and that our future matters. I’m so grateful to everyone who is working with me to achieve climate justice. We have a lot of work ahead, but I’m very hopeful, and I’m looking forward to having the merits of this case heard in court.”

The State of Oregon could still appeal this ruling to the Oregon Supreme Court.  Otherwise, the case will return to Lane County Circuit Court for a determination of whether the public trust doctrine protects the rights of Olivia and Kelsey to a future free from the catastrophic effects of global warming.

The Crag Law Center would like to thank their partners in this work, including Olivia and Kelsey and their wonderfully supportive families.  Former staff attorney Tanya Sanerib argued the case and invested untold hours in this issue.  Liam Sherlock from Hutchinson, Cox, Coons, Orr &  Sherlock, P.C. serves as co-counsel.  Our Children’s Trust and the Western Environmental Law Center also played supporting roles.