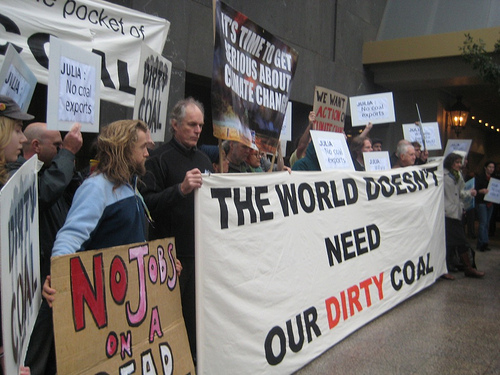 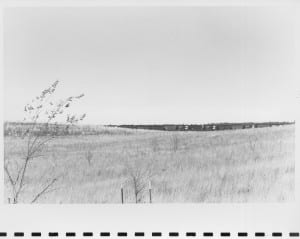 A coal train passes through Montana

Yesterday, the Port of St. Helens approved agreements with two companies to export coal to Asia — potentially as much as 38 tons per year.  Other ports including Portland, Vancouver, Tacoma, and Kalama have all recently rejected similar bids to export coal from their facilities.  St. Helens (located on the Columbia River about 48 miles downstream of Portland), Longview, the Port of Morrow, and the Port of Coos Bay are three west coast ports still considering export proposals.

Coal has a terrible track record, as Crag Development Coordinator Suzanne Savell well knows from her time spent growing up in the Appalachian mountains.  “It’s a dirty business.  From the safety of coal workers, to the way it’s transported, to the pollution created when it’s burned, coal is just dirty,” says Suzanne.

Coal exported from Oregon would begin in strip mines in Wyoming and Montana, crossing the west on slow moving, several-mile-long trains, which can obstruct a rail crossing for up to 18 minutes at a time.  Several of these trains, coming and going from the port facility, would block traffic each day in the communities of St. Helens, Rainer, Scappoose, and Portland, disrupting business in each community.  In addition, coal dust from the trains would pollute the air in all the communities through which the coal train travels.  Coal dust causes health problems, including increased rates of asthma in children and exposure to toxic heavy metals like mercury. 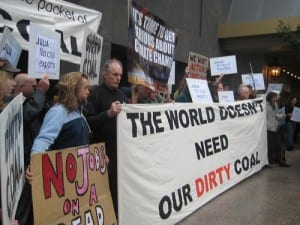 The U.S. is not the only country facing coal export. This image shows a rally against coal export in Melbourne, Australia.

As the U.S. moves away from coal as an energy source due to its harmful health and environmental effects, coal companies are looking to China as a market for coal from the Powder River Basin in Wyoming and Montana.  Oregon’s coal-fired power plant at Boardman will be entirely phased out by 2020.  The irony is that coal burned in China returns to the west coast as air pollution and acid rain, dumping mercury and other toxics into our waters, poisoning our air, water, fish and food supply.

In the end, it’s not enough to simply see Oregon as a transit point for coal.  We need to consider where it starts and where it ends up in order to fully understand the implications of a proposal like this for our community and our environment.  For more information, check out long-time client Columbia Riverkeeper’s webpage and fact sheet on coal export in Oregon, and Sierra Club’s Beyond Coal Campaign.