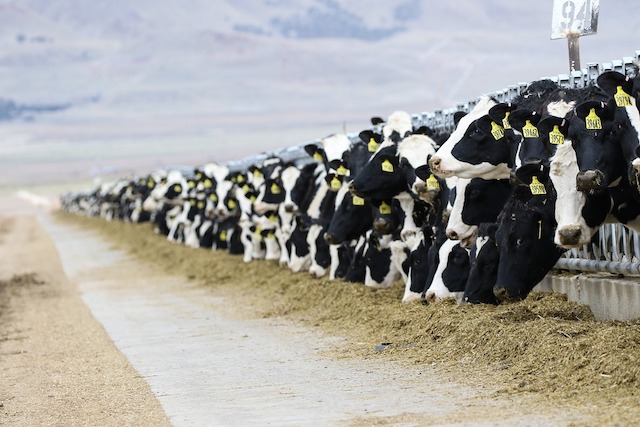 On March 30, Crag filed a protest to water rights for a proposed 30,000-head mega dairy near the Columbia River on behalf of a coalition of water protection, public health, and animal welfare organizations. The facility would be one of the nation’s largest dairy confined animal feeding operations and poses a major threat to ground and surface water, air quality, and public health in the region. Last month the Oregon Water Resources Department (OWRD) proposed approving key water rights required for the Lost Valley Farm, a business venture of California dairyman Gregory te Velde. Columbia Riverkeeper, Center for Biological Diversity, Center for Food Safety, Food and Water Watch, Humane Oregon, and WaterWatch of Oregon challenged OWRD’s decision.

Meanwhile, to secure a water supply for the short-term, Lost Valley Farm has applied to the state for two “limited licenses” that would allow it to take about a million gallons of water per day for five years from two different aquifers. The groups filing the protest, along with some additional groups, filed comments opposing those applications.

“The scale of this project is stunning. Lost Valley Farm would produce more biological waste than most Oregon cities and consume more water than most factories,” stated Lauren Goldberg, Staff Attorney for Columbia Riverkeeper. “Oregonians value clean water and strong salmon runs. Factory farms like Lost Valley fly in the face of those values.”

The latest challenge comes on the heels of over 6,000 public comments filed with the state’s environmental and agriculture agencies urging denial of the facility’s proposed water pollution permit. Lost Valley Farm would produce roughly 187 million gallons of manure each year and use over 320 million gallons of water annually, raising questions about the risk of manure pollution and long-term impacts to the Umatilla Basin and Columbia River as water becomes scarcer due to drought and climate change.

“The Department’s failure here puts species health and biodiversity at risk and disregards the harm of this action to public health,” said Nathan Donley, a senior scientist at the Center for Biological Diversity. “It must reconsider this action to protect the Columbia River and the species, including humans, that depend on it.”

In addition to water quality and quantity concerns, the facility would be a significant new source of air pollution in a region already impacted by emissions from several nearby large confined animal feeding operations and industrial sources. In 2008, the Oregon Dairy Air Quality Task Force found that dairies and other animal feeding operations emit a wide range of pollutants including ammonia, nitrogen oxides, methane, volatile organic compounds, hydrogen sulfide and particulate matter, all of which pose public health risks in a region with declining air quality.

Despite this, the state has no plan to regulate, or even monitor, air emissions from the facility. The Oregon Legislature is currently considering a bill, SB 197, to fix this loophole.