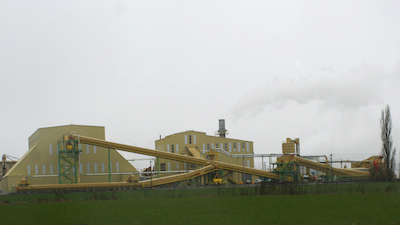 Today, the Crag Law Center, along with client Beyond Toxics filed a civil rights and environmental justice complaint against the Lane County Regional Air Protection Agency (LRAPA).  The complaint was filed with EPA’s Office of Civil Rights and relates to LRAPA’s decision to allow a power plant to increase its discharge of hazardous particulate matter that would impact the health of minority and low-income residents of West Eugene.

The particulate matter emitted by the Seneca Sustainable Energy’s plant is very dangerous to human health, with exposure possibly affecting lung function and worsening conditions such as asthma and heart disease.  The affected residents of the surrounding neighborhoods are more likely to be minority and low-income when compared with other areas of Eugene.

By approving the decision to increase emissions, LRAPA is ignoring its obligations under the Title VI of the 1964 Civil Rights Act.  Crag and Beyond Toxics have asked the Office of Civil Rights to require the LRAPA to revoke its approval of the increased emissions, and the U.S. EPA can also withdraw funding for violations of the Civil Rights Act.

Read the complaint here and the official press release here.