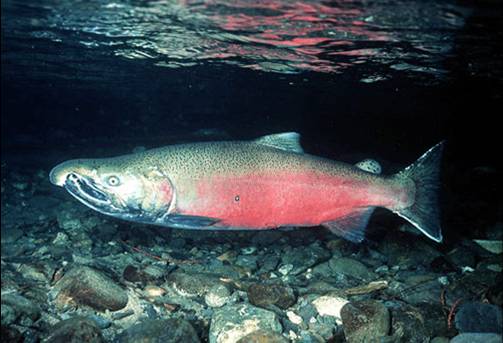 Today Crag filed a court challenge against the National Marine Fisheries Service over its failure to develop a recovery plan for Oregon coast coho salmon.  We are partnering with Paul Kampeier of Kampmeier & Knutse in representing the Center for Biological Diversity and Oregon Wild in this challenge.  Despite the fact that the fish has been protected under the Endangered Species Act for nearly seven years, the agency has failed to develop a recovery plan to guide much-needed improvements in logging and other land-management practices identified as a major factor in the coho’s imperilment.

“Oregon coast coho need a recovery roadmap if they are to have any chance at surviving,” said Noah Greenwald, endangered species director at the Center for Biological Diversity. “A recovery plan is needed to address Oregon’s logging rules, which are badly out of date and allow practices that do real harm to coho salmon and the precious rivers and streams they depend on.” 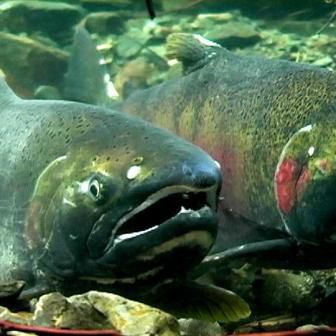 Since the coho was identified as a threatened species in 2008, concerns for the fish have only grown. The Fisheries Service completed a status review in 2011 that concluded current efforts to protect the coho and its habitat “. . . do not comprehensively address the threats to the OC coho salmon ESU from past, ongoing, and future land management activities and global climate change.” In particular the agency concluded that regulations governing management of state and private forestlands in the range of Oregon Coast coho, including the Oregon Forest Practices Act, do not adequately protect streams, and that logging operations are “likely to reduce stream shade, slow the recruitment of large woody debris, and add fine sediments.”

“Oregon’s rules for logging and forest management have fallen far behind both California and Washington,” said Steve Pedery, conservation director for Oregon Wild. “Continued management of critical habitat under Oregon’s weak forestry laws and the threat of weaker federal forest management paves the way to disaster for Oregon’s coho. It is long past time the Fisheries Service stepped in and provided some guidance, as the law requires.”

Recovery plans are the main tool for identifying actions necessary to save endangered species from extinction and eventually remove their protection under the Endangered Species Act. Research by the Center has found that species with dedicated recovery plans for two or more years are far more likely to be improving than those without.

Timely development and implementation of recovery plans is critical to saving species, because the plans identify on-the-ground, necessary actions to save the species, such as research and habitat restoration and protection. Given the severity of threats to the coho’s habitat and that it remains at only 10 percent of its historic population, a recovery plan is critically important to its survival and eventual recovery.

“Oregon coast coho salmon are part of the very fabric that makes Oregon so special,” said Chris Winter, co-executive director of Crag Law Center. “Bureaucratic delay should not stand in the way of meaningful habitat protections that salmon need so desperately to again thrive on the Oregon coast.”

Oregon’s weak state logging rules are not the only threat to this iconic species. The U.S. Forest Service and Bureau of Land Management are under intense pressure to weaken safeguards for coho in rivers like the Umpqua, Alsea and Wilson to promote more logging to fund county governments. A recovery plan could also provide importance guidance to other federal agencies in how to avoid harm to Oregon coast coho.

Finally, the National Marine Fisheries Service is predicting a poor year for coho because of warm ocean conditions off the West Coast. If such conditions become more persistent with global warming, Oregon Coast coho will need the best possible habitat in order to survive.