Courtney Johnson: Not Just Any Job 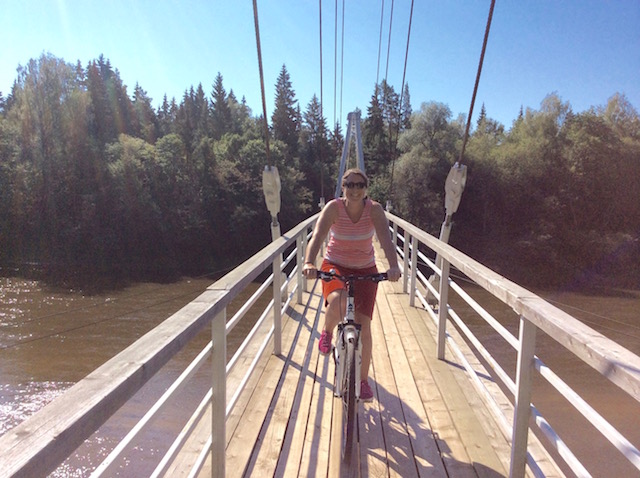 Courtney Johnson was born and raised in Northern California, and is a graduate of Wesleyan University and Lewis & Clark Law School. She has been an attorney with Crag Law Center since 2008; other than Ralph and Chris, Courtney has been with Crag the longest of the current legal staff.

Her presence is grand, although not imposing. Her personality fills the room and makes it immediately awash with light; her intelligence is second only to her laughter. The interview, with Lindsey at my side, unfolds as one of the pleasantest Friday mornings we have had the privilege of spending in Portland. She sits and chats with us for several minutes about how our summer is going, how we have enjoyed our first trip to the Pacific Northwest, and how we have enjoyed Crag—her interest is generous and sincere. After Courtney tells us about her hobbies and her love of plants, the incessant clicking of her intern’s keyboard reminds me that we must not idle away the time we have, and I set immediately to asking the “recorded” questions.

After her undergraduate years at Wesleyan University, Courtney returned to Northern California, where she became a preschool teacher. Her fellow teacher had been teaching for many years, and Courtney brightens as she tells us about what a kind, dynamic mentor she found in this dedicated preschool teacher. While there, Courtney also discovered the joy of working with children, but she says, “As challenging as that is in some ways, it was not intellectually challenging, and I realized that was something I was missing.” Once she came to this realization, Courtney decided that it was time to begin the next phase of her life—starting with going back to school.

When I ask Courtney about how she decided on being an environmental attorney, she says, she knew that she wanted to do work that protected the environment.

“It started with wanting to protect the environment, not wanting to be a lawyer.”

She originally thought of getting an urban-planning degree, but quickly realized after consulting several individuals, that it would be too narrowly focused in one area, so she decided on law. “I didn’t ever think I wanted to be a lawyer,” and at the mention of this, one can almost see the surprised memories on Courtney’s face as she recalls that law was never in her mind, until after her undergraduate career. She found, however, that legal degrees were very flexible, which was much better suited for her—she says that given her uncertain vision for what she would do when she left law school, the legal degree was the right combination of intellectual rigor and occupational flexibility.

Her next obstacle was litigation. As though consistency were her sole compass, Courtney never imagined being a litigating lawyer just as she never imagined being a lawyer at all. After being required to complete an appellate brief project—i.e. a litigation scenario—Courtney discovered more than an ability; she found a preferable aspect of law. She enjoys the competition and preparation that goes into litigation—she was even given the Best Oral Advocate Award in her appellate brief project.

“This is clearly not just any job.”

Courtney later found herself at Crag as a first-year law student—she says it, “changed the trajectory of my career.” She says that the intern programs and the training of the next generation of environmental advocates is a large component of her motivation to continue working at Crag. She also emphasizes that she is very proud of the work that Crag does—Courtney says that even for people who don’t know about Crag, “when we tell them what we do, they’re amazed, and that’s cool to be a part of.”

In her mind, Crag’s purpose is to support “community groups that might not otherwise have a means to protect their community’s natural resources.” Courtney says that this is her particular take on Crag’s mission because there are other non-profit environmental law firms, but Crag is not furthering its own agenda. “We don’t have this concept of what cases are ‘good cases’ to take and what clients are ‘good clients.’” Crag merely works to represent the needs of the community, be they high-profile wilderness advocates, or just a few individuals working to protect a special place. For all these reasons Courtney comes to work. When I ask her specifically why she comes to work every day, she says, “Well, I could say that I need to pay my bills, but that response would be for any job, and this is clearly not just any job.” 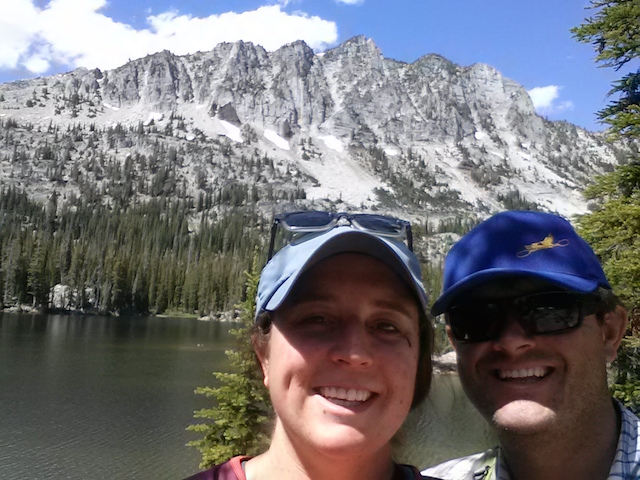 Jordan Bollmann is a 2017 graduate of Duke University. He was a development intern with Crag Law Center in the summer of 2016 through the DukeEngage program. During his internship he interviewed and wrote profiles of Crag staff.