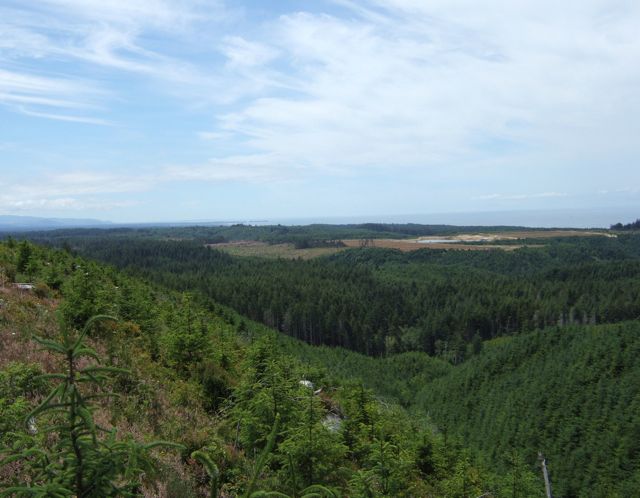 On behalf of the Oregon Coast Alliance and local residents, Crag filed a lawsuit on October 12, 2010 in federal court challenging the approval of permits for a strip mine near Bandon, Oregon.  The complaint alleges that both the National Marine Fisheries Service and the Army Corps of Engineers violated environmental laws when they gave the mining projects the go-ahead despite serious risks to indigenous fish populations and the health and safety of local residents.  To see a map of the areas that will be impacted if the project moves forward, click here.

The proposed strip mines will excavate chromite sands and other minerals from four mine areas totaling roughly 170 acres.  The mine sites contain many wetlands, seeps, and springs which feed local creeks that drain directly to the Pacific Ocean.  These creeks are within the habitat range of threatened Oregon Coast coho salmon, and support populations of coastal cutthroat trout, Pacific giant salamanders, and other fish and wildlife.  The mining operations are proposed by Oregon Resource Corp., which is owned by an Australian company.

Neighbors of the proposed mine sites are concerned about the increased noise, dust, and traffic in their rural area.  But their greatest concern is the impact to the water that provides wetland habitat, flows for streams in the area, and feeds the wells and springs that they all rely on for drinking water and domestic needs.  Local residents are worried that the mining activities will contaminate the aquifer with hexavalent chromium, a toxic chemical and known carcinogen.  “The risks to our health and safety and to the survival of fish and wildlife are just too great to brush aside without a more serious review,” said John Jones, a local resident and commercial fisherman who is a plaintiff on the lawsuit. 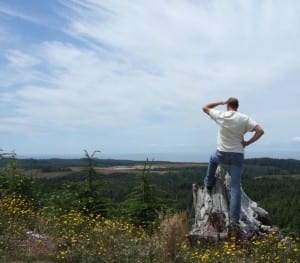 Because the mining will impact wetlands and streams, Oregon Resource Corp. was required to obtain a permit from the Army Corps of Engineers under the Clean Water Act.  The Army Corps is responsible for reviewing the environmental impacts of the mining proposal, including impacts to health and safety and endangered species.  The National Marine Fisheries Service is the agency responsible for reviewing agency determinations regarding potential impacts to threatened species like Oregon Coast coho.

The complaint alleges that the both the Army Corps and Fisheries Service failed to comply with the law when they determined that the mining would not significantly impact the environment and is not likely to adversely affect threatened species.  “These agencies are responsible for taking a hard look at the impacts of this mining project before they approve it.  This time, they fell short,” said Cameron La Follette, Land Use Director for the Oregon Coast Alliance.  “The agencies just brushed aside concerns that mining will result in hexavalent chromium in the watersheds, which is highly toxic and carcinogenic.  We’re just asking these agencies to look more closely at the facts and scrutinize whether this project needs to happen here,” said Ms. La Follette.

The first area to be mined, known as South Seven Devils, is already being logged to make way for mining to begin.  Stay tuned to our web-site for updates.

Read the complaint filed October 12, 2010 in U.S. District Court and the press release.

For more information about hexavalent chromium, visit the EPA’s web-site.