Crag Joins City of Portland to Defend Denial of Zenith 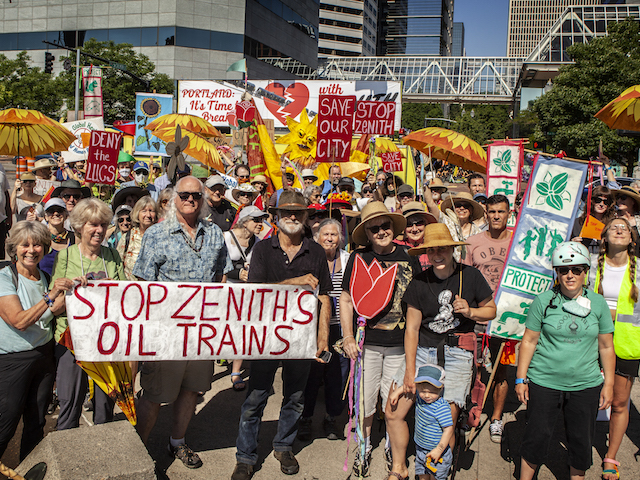 On behalf of our clients Willamette Riverkeeper and Columbia Riverkeeper, Crag filed a Motion to Intervene in support of the City of Portland’s Bureau of Development Services at the Oregon Land Use Board of Appeals (LUBA).  The Riverkeepers’ intervention will support the City’s effort to defend its August 27, 2021, decision to deny a Land Use Compatibility Statement (LUCS) to Zenith’s oil-by-rail storage and transfer facility as inconsistent with the City’s comprehensive plan policies focused on climate, equity, pollution, and seismic hazards.

For years, activists have been imploring the City to do something to rein in Zenith’s seemingly unfettered expansion efforts. Crag attorneys have provided strategic advice to grassroots organizers and advocacy groups on how to effectively engage in public processes involving Zenith’s various regulatory permits and push state and local decision makers to restrict Zenith’s operations.

In the weeks leading up to the City’s decision on the LUCS, the City received a flood of correspondence urging a denial, including letters from 46 neighborhood organizations, 17 environmental and community advocacy organizations, 20 Oregon state legislators, the Multnomah County Board of Commissioners, the Portland Sustainability Commission, and thousands of individual residents.

Putting profit over people, Zenith appealed the City’s LUCS denial to LUBA. “Despite the City standing up for climate and community values, and the Oregon Department of Environmental Quality (DEQ) subsequently issuing a proposed denial of Zenith’s Title V air pollution permit, Zenith refuses to accept any outcome where it does not get exactly what it wants,” says Travis Williams, Executive Director for Willamette Riverkeeper.

By seeking to intervene, Riverkeepers support the City’s strong stance against dangerous fossil fuels, and protection of the Willamette and Columbia Rivers. “The City made the right decision in denying the LUCS, our goal now is to ensure that decision stands,” says Erin Saylor, Staff Attorney at Columbia Riverkeeper.