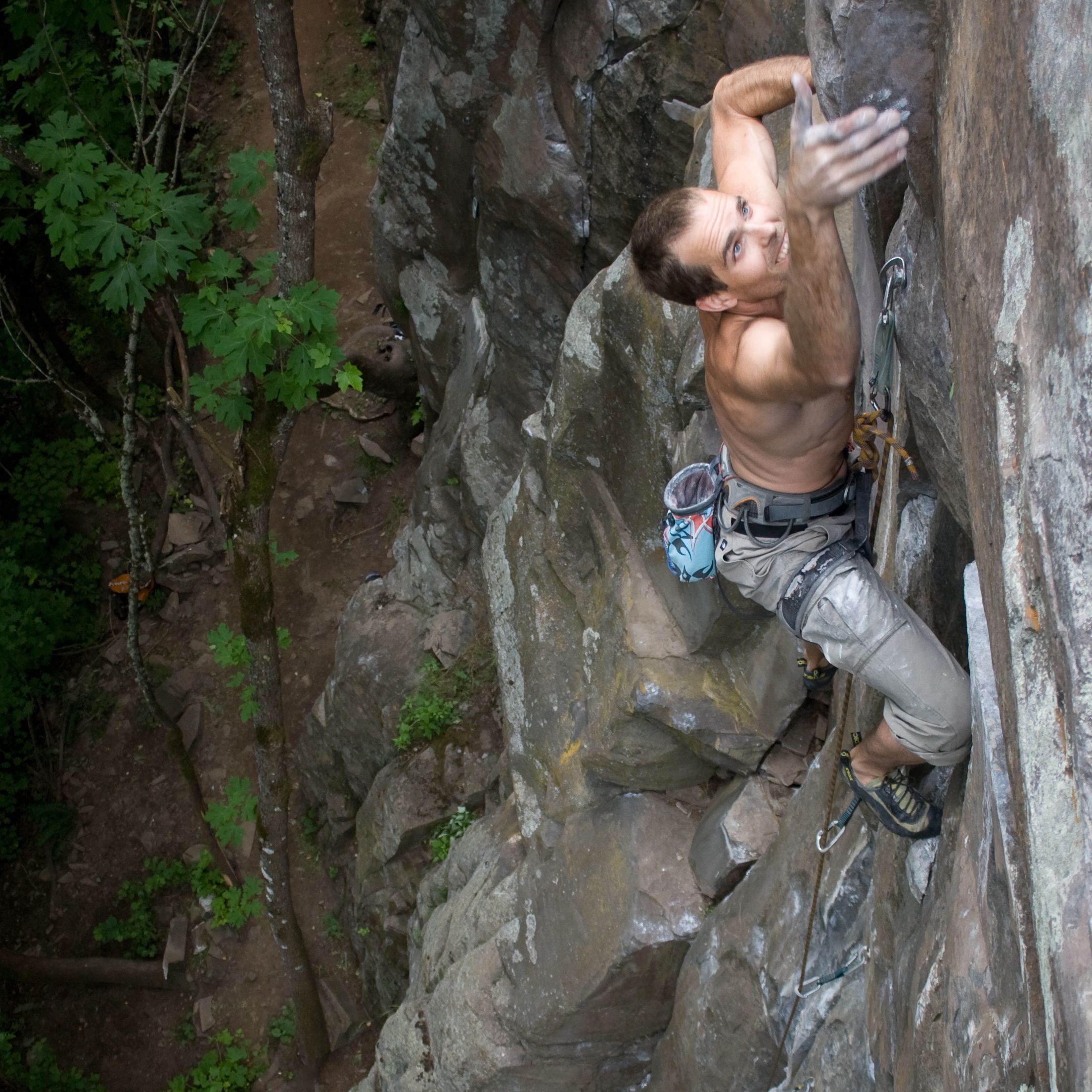 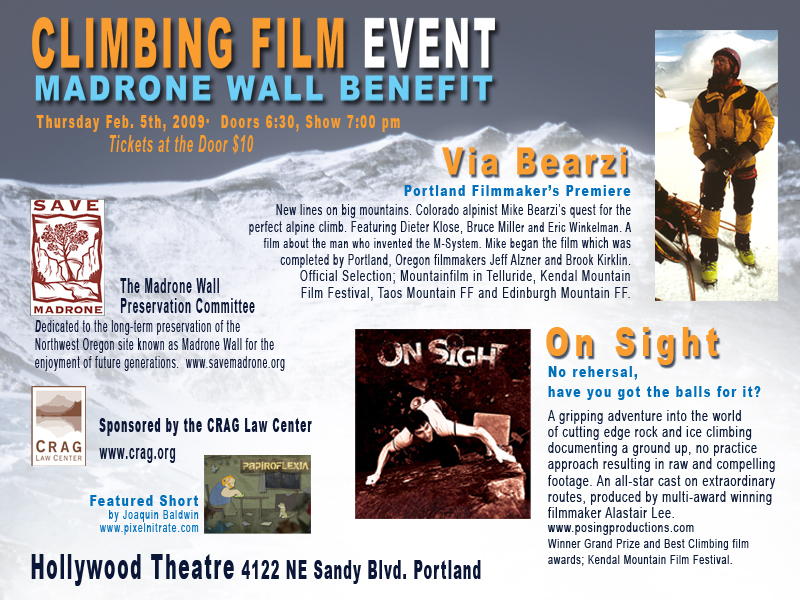 UPDATE: Representatives from Mt. Hood Meadows will be on hand during intermission to discuss avalanche control, backcountry access and uphill travel within the ski area.  Many people have contacted us over the past year with questions on these issues, so this is your opportunity to hear from Meadows about their management of the ski area and to let them know what you think.

On February 5, 2009, the Crag Law Center will be sponsoring a movie night at the Hollywood Theater to benefit the Madrone Wall Preservation Committee.  Come out and join other folks from the climbing and outdoor recreation community to support local activists working to preserve one of the Portland area’s premiere climbing spots.  Get your tickets here.

The event features the Portland Premiere of “Via Bearzi.”  Colorado climber Michael Anthony Bearzi is the man who invented the “M-system” rating for mixed climbing routes.  A pioneer of climbing techniques, he was notorious for scouting the great new lines on big mountain faces.  One climb that Mike would always return to was the NW Face of Devils Thumb in Alaska, which to this day has yet to see an ascent. His passion for the perfect alpine route up a big face led him to Gyachung Kang in Tibet, to the elusive northeast face.  His expedition in 2002 was his last climb and also his first attempt at filmmaking.

When Mike did not return from Tibet, two Portland filmmakers, Jeff Alzner and Brook Kirklin, finished Mike’s film.  As an introduction to the Gyachung Kang trip, they recount his numerous attempts on Devils Thumb with Dieter Klose and his first free ascent of Cerro Torre in Patagonia with Eric Winkelman.  The result is a tribute to pure mountaineering. Mike’s film was an official selection at more than a dozen film festivals including Mountainfilm in Telluride, Kendal Mountain Film Festival in England, Taos Mountain Film Festival and Edinburg Mountain Film Festival.

“On Sight” will also be screened.  It is a gripping adventure into the world of cutting edge rock and ice climbing, documenting a ground up, no practice approach resulting in raw and compelling footage.  An all-star cast on extraordinary routes, produced by multi-award winning filmmaker Alastair Lee.  Winner Grand Prize and Best Climbing film awards, Kendal Mountain Film Festival.