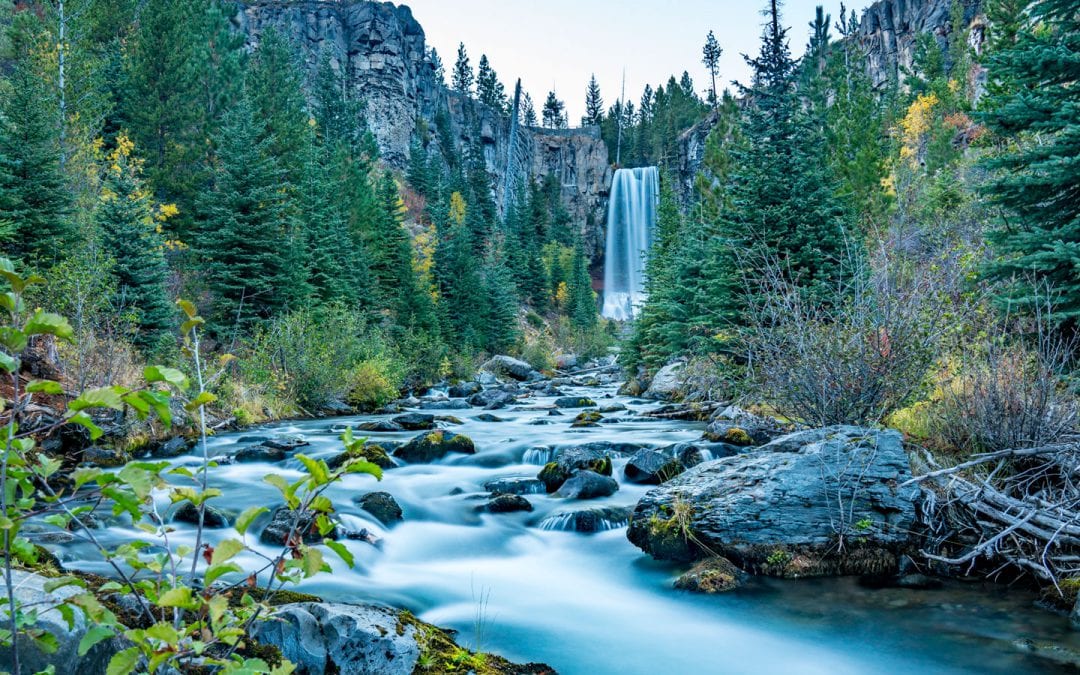 Tumalo Creek is a treasured natural resource in Central Oregon. Many residents spend time in Shevlin Park, a peaceful and beautiful refuge for bikers and runners alike. The rushing waters of Tumalo Falls is usually the first thing locals show off to  visitors.

Recently, the City of Bend proposed a plan to increase withdrawals from Tumalo Creek to more than two times the level ofcurrent withdrawals.  The proposal asks the Forest Service for permission to build a large pipe, permanently fill wetlands and take water from above Tumalo Falls.   Bend residents will be paying for generations for this multimillion dollar project.

In 2010, the City used 2 billion gallons of creek water and it proposes to increase the use from the new system to 4.6 billion gallons.  The City refused to consider an option that would draw water from the ground not from the creek, and in turn protect water flows and preserve cold water temperatures for fish.  The Upper Deschutes Watershed Council has recommended high flows from Tumalo Creek as a means to cool down the Middle Deschutes for at risk fish populations.

Over the objections of a very diverse group of stakeholders the Forest Service prepared an environmental assessment for the project and has tentatively approved it.  The Crag Law Center was contacted by local citizens with Central Oregon Landwatch to assist with an appeal.  Crag staff worked with Landwatch and experts to prepare and file an extensive appeal on August 26, 2012.

Landwatch’s experts pointed out that the Forest Service neglected to consider the last 25 years of streamflow and temperature data despite the fact that the 1990s had the warmest recorded temperatures on record.  Landwatch has urged the Forest Service to reconsider its decision and consider the impact on this valuable resource.  Stay tuned as this case moves forward…