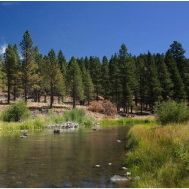 Crag brought the claims on behalf of its clients pursuant to the Administrative Procedure Act (APA).  The District Court dismissed the claims as “programmatic” challenges barred by the Supreme Court’s analysis of the APA in Lujan v. National Wildlife Federation.  In a memorandum opinion today, the Ninth Circuit reversed the dismissal of two of the four claims, finding that ONDA’s claims challenge only a discrete set of final agency actions on a small percentage of grazing allotments in a single forest area.  Courtney Johnson from Crag argued the case before the Ninth Circuit panel on December 10, 2008, with Dave Becker from ONDA assisting with the argument.   JD Brown, formerly of Crag, wrote the briefs on the appeal.

Click here to listen to Courtney argue before the Ninth Circuit.

Click hear for the memorandum opinion from the Ninth Circuit.