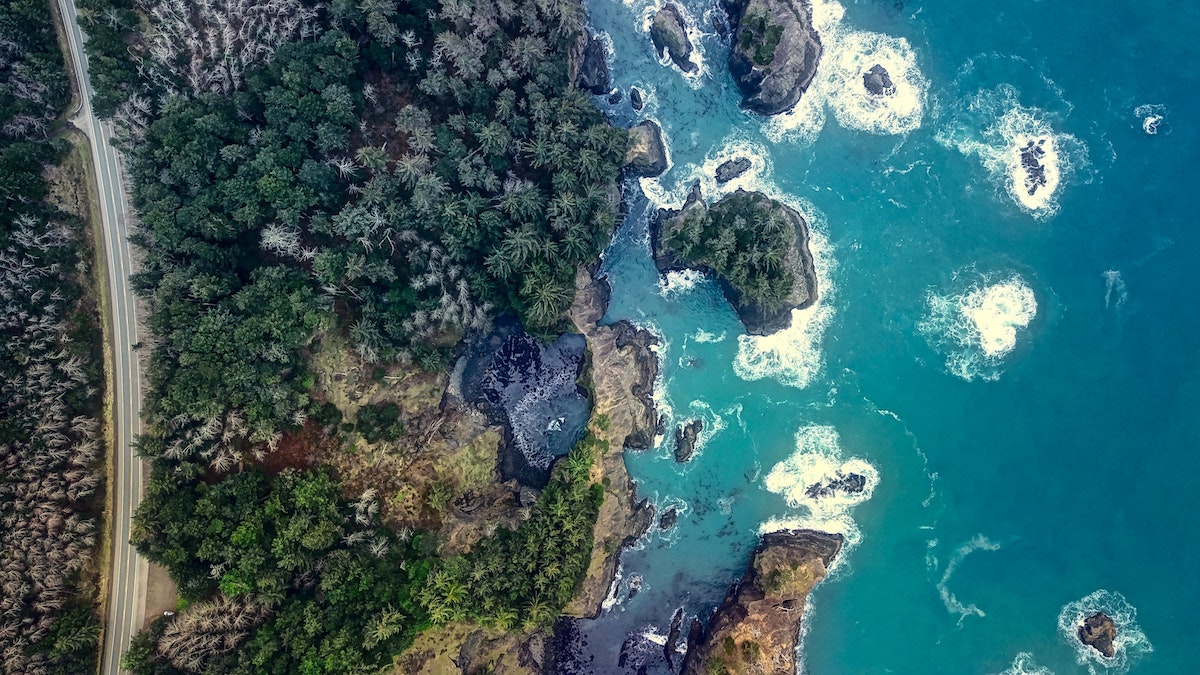 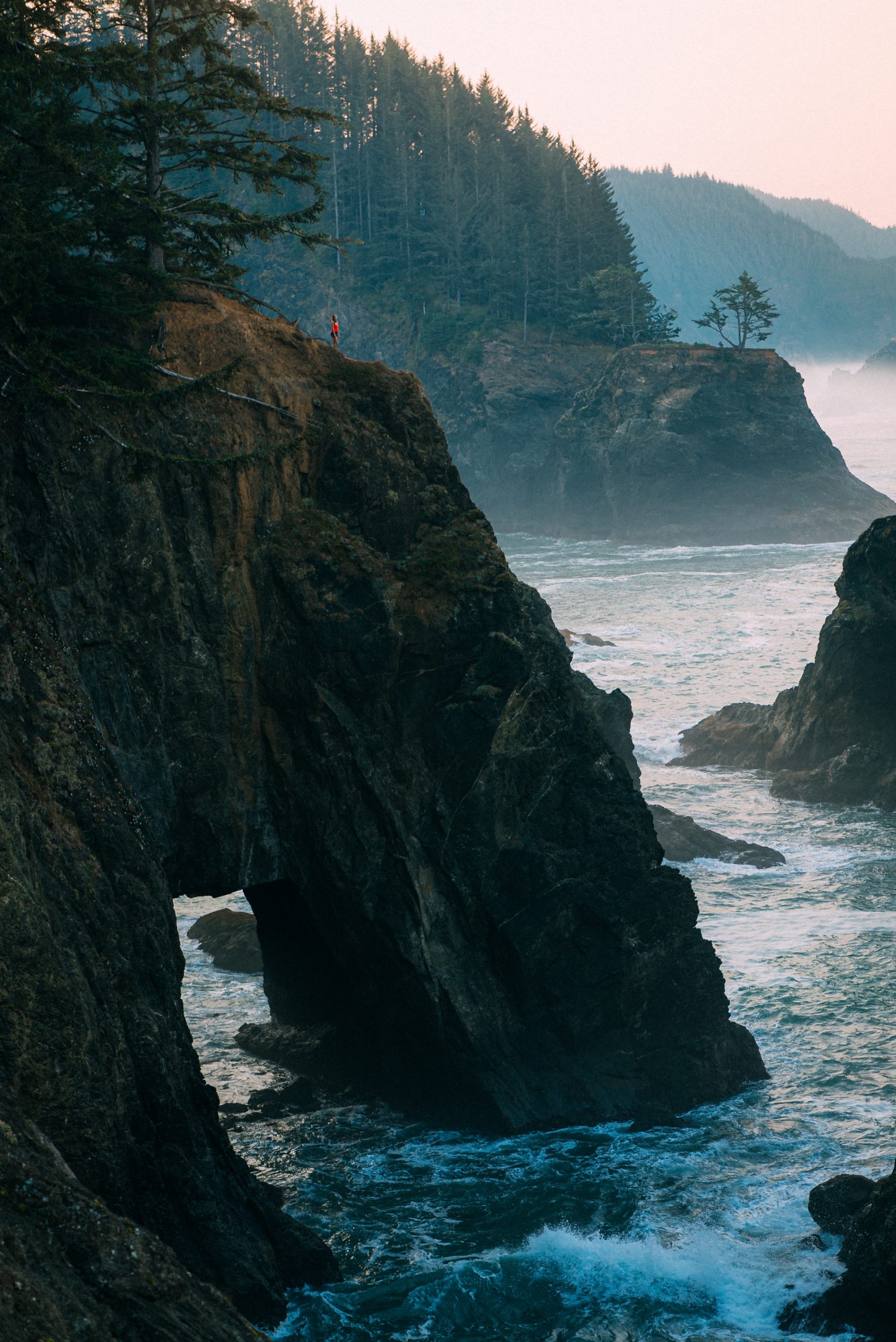 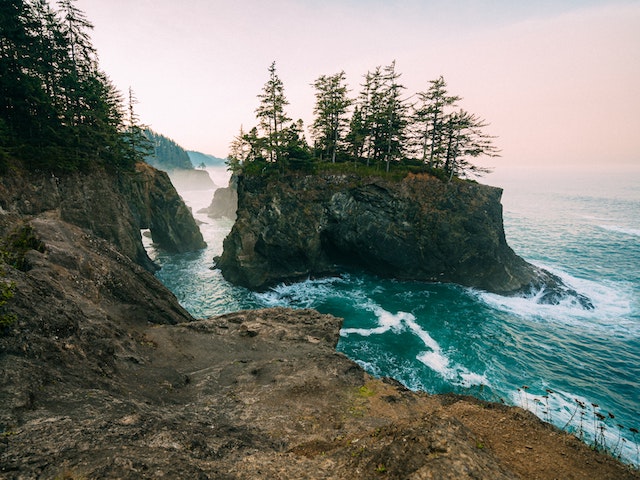 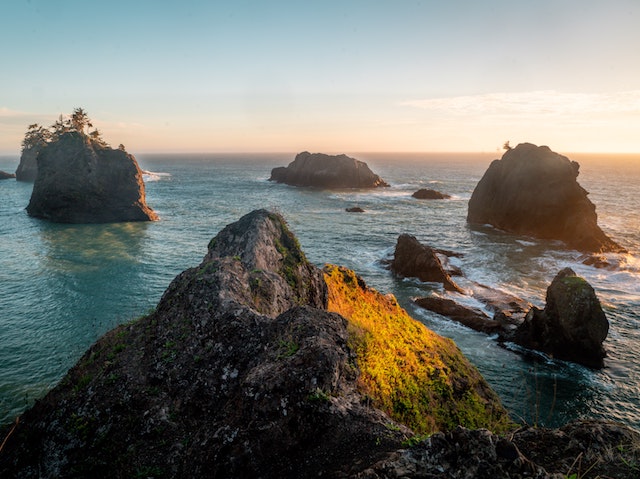 Working with Oregon Shores Conservation Coalition, Crag helped save a wild area of land adjacent to the Oregon Islands National Wildlife from being developed into a destination resort and golf course.

A property adjacent to the Crook Point Unit of the Oregon Islands National Wildlife Refuge and the Pacific Ocean, and sandwiched between two state parks: Pistol River State Park to the north and Boardman State Park to the south was slated to be developed into a large scale destination resort.

The proposed project was no small affair – it would have included an 18-hole golf course, golf practice facilities, a 9-hole junior golf course, 175 overnight guest rooms, a golf lodge with restaurant, spa lodge, recreation center, and equestrian center.  Cabins would be built atop the sea cliff overlooking the ocean, and golf cart paths would wind their way throughout the property, crossing several wetlands and streams.

The project attracted plenty of attention locally, gaining support for the number of jobs promised, on the one hand, and concern over impacts to the adjacent wildlife refuge and parks, on the other.

The site contains steep slopes and landslide areas as well as several creeks and wetland areas.  This area, north of Brookings in the southernmost section of the Oregon coastline, is so isolated that black bears have been seen on the beach at the wildlife refuge.  Oregon Shores Conservation Coalition, Oregon Coast Alliance, and Kalmiopsis Audubon Society members worried that the development would attract trespassers, human and animal alike, to the wildlife refuge.  Home to huge colonies of nesting seabirds, the refuge and its denizens are particularly at risk to predators like racoons, which can easily raid the ground nests of birds like Storm Petrels and Tufted Puffins.

After Curry County approved the plan for development, Crag filed an appeal with the Land Use Board of Appeals (LUBA) on behalf of Oregon Shores.  Crag Staff Attorney Courtney Johnson argued that the county could not approve the development without first reviewing a geologic hazard assessment of the property and proposed development as required by the county’s own ordinances.  Without the geologic hazard assessment, which would provide an analysis of the risks from the many existing landslides on the property and the suitability of the site for development, the county could not conclude that the development could be completed safely without risk to human life and property and adverse impact to adjacent lands.  Crag also argued that the county erred in concluding that the proposed development was not situated on coastal shorelands–thereby avoiding application of more stringent development review.  The county ignored its own map showing the coastal shorelands boundary and narrowly interpreted its code, in conflict with Statewide Land Use Goal 17, by excluding areas of geologic instability from the coastal shorelands boundary.  Finally, Crag argued that the county failed to follow its own code in ensuring that adverse impacts to nearby lands like the wildlife refuge be avoided first, and minimized only if avoidance is not possible.  The county relied only on measures to minimize impacts and never considered measures to avoid impacts all together.

LUBA agreed with Crag’s arguments, sustaining all three assignments of error and sending the decision back to the county to be corrected with further information and review as required by the local ordinance.  After our win, the project developer did not renew the proposal, and this remote and beautiful stretch of coastline remains wild, home to the bears and birds.

The Way We Work

Crag represented Oregon Shores an environmental organization dedicated to preserving the natural communities, ecosystems, and landscapes of the Oregon coast while conserving the public’s access