Last year Crag represented Oregon Shores Conservation Coalition in appealing a land use decision allowing Tidewater Contractors to mine gravel at the site of an old plywood mill adjacent to the Rogue River.  Before the Land Use Board of Appeals, Crag argued that water quality impacts from stormwater runoff to the Rogue, as well as potential groundwater contamination from the old plywood mill ponds had not been adequately addressed by the County’s permit.  LUBA found that the County’s decision properly relied on the Department of Geologic and Mineral Industries (DOGAMI) requirement to obtain a permit for stormwater discharges and deferred to the County’s findings that the method of mining, using a side-cut scalp method, would not cause groundwater movement in the area. 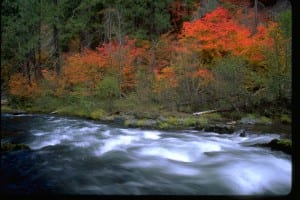 Fast forward to October of 2010, when DOGAMI is notified by local concerned citizens that Tidewater has excavated its entire annual allotment of gravel without obtaining the required stormwater permit, and has mined to a depth exceeding the terms of the DOGAMI mining permit.  DOGAMI issued two separate notices of violation and a suspension order, and required Tidewater to re-grade the site. Tidewater’s representative admitted that it had altered its mining method from the proposed side-cut scalp to instead dig a series of trenches and that it was stockpiling overburden at the mine site.

When Tidewater applied for a renewal of its permit last November, Crag again represented Oregon Shores before the Curry County Planning Commission.  Crag argued that the violations of DOGAMI’s permit also constituted violations of the County’s conditional use permit, and that Tidewater’s admitted modification of its mining method required a modification of the permit.  The Planning Commission agreed and denied the permit renewal request with a 7-1 vote.  Tidewater still has options to seek approvals, but the Planning Commission’s decision is a breath of fresh air for local people seeking to protect the Rogue River, its fish and wildlife populations, and the tourism money and jobs they’ve come to support.