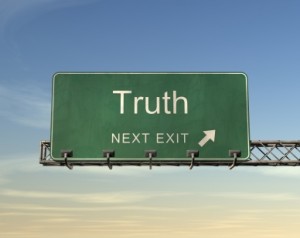 Happy New Year and welcome to an election year in which the truth is even harder than usual to find.  I wanted to start off the new year by debunking a tale that is commonly spun by the oil and gas industry.

Whether it is a proposal for drilling in the Arctic, fracking, or building yet another pipeline, a favorite argument of the oil and gas industry is that the project must move forward to ensure the U.S.’s energy independence.  2012 is the time to dispel this farce.

Recent events in the State of Oregon show why.  Amid the hubbub of the winter holidays you may have missed the news that the proponents of the Pacific-Connector pipeline and Jordan Cove LNG terminal (slated to cross Oregon and myriad streams, rivers, and unique and sensitive ecosystems and create a massive facility in Coos Bay) applied for and obtained an export permit.  That’s right, the idea is to export natural gas out of Oregon.

For many of you this probably comes as no surprise. The executive director of Crag’s client Columbia River Keeper Brett VandenHeuvel has long maintained that export is the end game for the proposed LNG terminals in Oregon. It turns out he was right.

But why export?  Because the U.S. is already producing an abundance of natural gas and gas prices are low.  As a member of the Oregon Attorney General’s office explained:  “Exporting liquefied natural gas will actually lead to increased prices for natural gas for industrial as well as residential users.”

That means more profits for the industry but it does not bode well for the U.S. public or our economy.  Moreover, if you read in between the lines you realize that the reason the industry wants to export natural gas is because of its wide spread availability.  And there you have it – the reason the industry wants more natural gas is to make more money from foreign markets, not to increase the U.S.’s energy independence.  Drilling in the Arctic, fracking, building pipelines and LNG terminals will actually not increase our energy independence.  Instead, the oil and gas industry is playing off the fears of the U.S. public to try to change their minds and, perhaps more importantly, their votes so the industry can make more money.

If you don’t believe that, check out the America Petroleum Industry’s Energy Citizen’s latest ad campaign.  In the ad, supposedly every day people tell you to vote for energy.  But when an environmentalist auditioned for the ad, he was shown the door after decrying the industry’s lies to the public.   Not to worry, the activist told Greenpeace about the ad campaign, and Greenpeace launched a spoof on the industry’s ad.

The Greenpeace ad is worth watching and a good reminder to us to think for ourselves and not accept all the tales we are told, even those that have been told for a long time.  Especially in an election year, when the ads get glossier and the truth is harder to find it is critical that we think for ourselves.  Happy 2012 may you find the truth this year wherever it is buried.