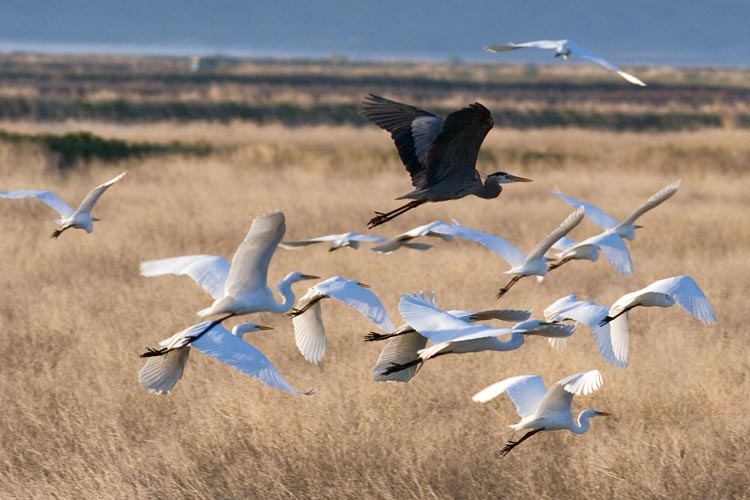 Crag is representing a coalition of conservation groups in seeking long-range planning and protection for five Klamath Basin National Wildlife Refuges.  Today we filed a complaint in Federal Court on behalf of Audubon Society of Portland, Oregon Wild, and WaterWatch of Oregon against the U.S. Fish and Wildlife Service for failure to complete mandatory planning under the National Wildlife Refuge Act.

The Klamath Basin, spanning southern Oregon and northern California, contains six National Wildlife Refuges established to protect fish, wildlife, and waterfowl habitat.  The Klamath Refuges serve as some of the most important bird habitat in North America with nearly 80 percent of migrating waterfowl in the Pacific Flyway relying on the refuges for rest and refuel during migration.  Unfortunately, the refuges have been severely damaged and degraded from competing commercial agricultural uses over the last century.  Excessive water withdrawals and farming pressures have resulted in much of the historic wetlands in the Basin being drained.

The U.S. Fish and Wildlife Service manages the Refuges under the National Wildlife Refuge Act of 1997, which requires the agency to develop and implement Comprehensive Conservation Plans for each Refuge unit.  The Plans were due to be completed in October 2012.  The Plans would require long-range management of the refuges and would assess compatibility of competing uses with the conservation purposes of the Refuges.  Five of the six refuges in the Klamath are without plans and are being under-protected as a result.

Crag clients, Audubon Society of Portland, Oregon Wild and WaterWatch have spent decades working for greater protection and restoration of the Klamath Basin.   The litigation is aimed at holding the federal agency accountable for violating its mandatory duty under the Refuge Act and seeking a definite and enforceable deadline for developing and implementing the Plans.