Despite the cold, warming continues 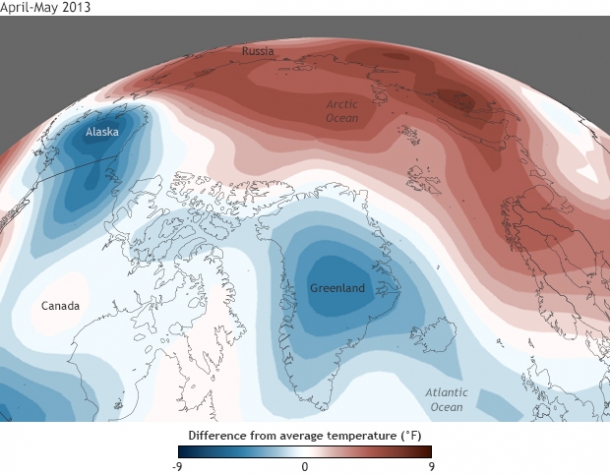 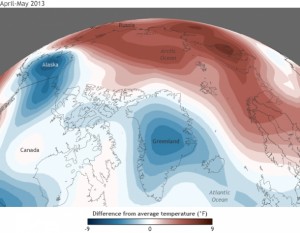 We Portlanders are not the only ones who’ve been feeling the cold these last few weeks.  Most of the country felt a serious chill as an “Arctic blast” spread over the country.  When it’s this cold out, it’s not global warming we think of.

But warming is happening.  And the Arctic is seeing some of the most dramatic melting.  The National Oceanic and Atmospheric Administration (NOAA) issued its Arctic Report Card in 2013 this week, noting trends in temperatures and animal migration.  2012 was warmer than 2013, but nevertheless the trend is continuing towards less snow, warmer summers, and longer growing seasons.  Warming means reduced habitat for animals like polar bears, walruses, and reindeer.  Fish populations are moving north as waters warm.  And permafrost is melting, changing the landscape in dramatic ways.

You’ve probably read about the Atmospheric Trust Litigation on our website.  One of the youth plaintiffs in the ATL project is Nelson Kanuk.  His story highlights some of the changes occurring in Alaska and the Arctic as the climate warms.

It’s easy to think about these impacts as distant, remote, unrelated to our lives in the lower latitudes.  But in fact the impacts of warming in the Arctic stretch far beyond the ice.  The more extreme weather events we are experiencing now may in fact be related to Arctic warming altering the patterns of the jet stream in our atmosphere.  As reported by The Oregonian today, Howard Epstein, one of the co-authors of the Arctic Report Card, explained “The Arctic is not like Vegas.  What happens in the the Arctic doesn’t stay in the Arctic.”  We continue to explore ways to both mitigate the causes of climate change and adapt to its impacts.