More Than a Collection of Stones 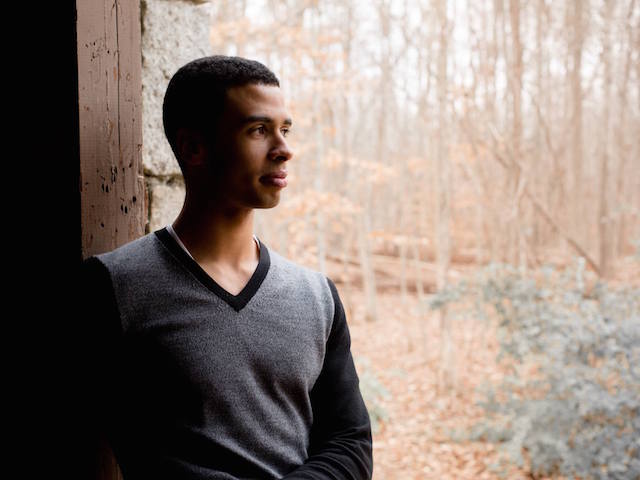 Jordan Bollmann is a 2017 graduate of Duke University. He was a development intern with Crag Law Center in the summer of 2016 through the DukeEngage program. Here, he writes a reflection on the lasting effects his time with Crag has had on his view of environmental value and importance. Nearly two years have passed since the summer I spent in Portland as a development intern with Crag Law Center as part of the DukeEngage volunteer program. Before spending the summer with this uniquely passionate, motley crew of individuals, I might have cynically characterized an environmental attorney as an aloof, morose individual who fought only on behalf of a bank account. Crag, however, changed, and continues to change, my perspective on not only the importance of environmental sustainability, but also on the value of the natural world. Consider first that the Keystone Pipeline protests began in early 2016, the very same year that I went to Crag. As a socially and politically aware university student, I knew of the protests and felt badly for the Dakota Tribe who would face the degradation of land that they had historically possessed. The conflict hardly affected my daily life, though, as I felt little connection to a place in a region of the United States that I had never visited. In the summer at Crag, however, I had the privilege of interviewing the Crag attorneys—one of them, Courtney Johnson, had just begun to work with the Nez Perce Tribe in representing their interests in the Portland Harbor Superfund project on the Willamette River. (Find greater detail on this compelling project here.) Upon interviewing Courtney, besides discussing her path to law school and her extracurricular pursuits, I asked her about the project working with the Nez Perce. She described it as a revelatory experience, not in terms of legal precedents, but in terms of the value of a natural resource. She explained that she had just returned from a meeting where the Nez Perce and other tribal trustees were invited to go speak to a national remedy review board. She and her colleagues had prepared a technical letter to explain the plan for the project, the damage at the site, and the value of the damage. The tribal leaders, however, were the ones invited to speak. Courtney then appeared to drift into a nostalgic reverie of the speech the Nez Perce tribal leader gave. Her words were, “I can’t even do it justice,” and that the tribal leader explained that the spirits of their ancestors were part of the river; that these spirits called the fish back to their homelands in the Willamette. She said that it “stunned everybody.” “Talking about the spiritual value of the natural resource is completely different from anything that I’ve had clients focus on in the past.” Thereafter, I began to see more deeply the value of pristine places. I noticed the children in the parks; I noticed the couples kayaking on rivers; I noticed the grandparents that took their grandchildren to go fishing. The resources—the unblemished, pristine places—were there; they had always been there. But what, I asked myself, if they were to vanish, suddenly and without warning? What if one day, we awoke to find our favorite park covered in asphalt to make way for a new parking lot; if our childhood treehouse were razed to make way for coal mine? What if our favorite lakes suddenly dried up, never to be replenished by the rains? Then, not only did I recognize the value, I felt it. The feeling, Crag taught me, compels people to action; the law provides them a way to execute it. 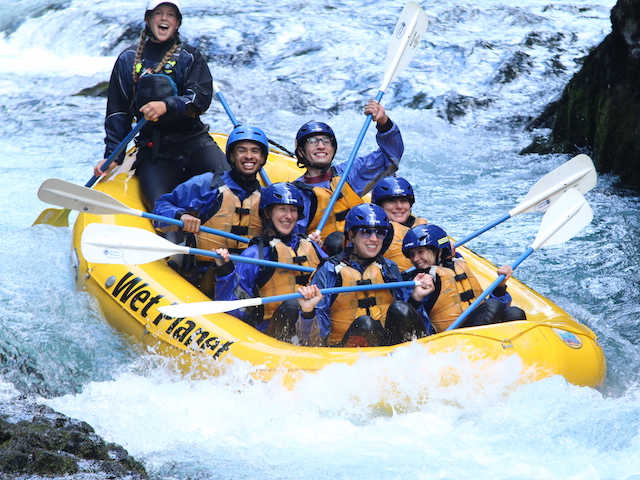 To ensure that we understood that feeling, Crag took us whitewater rafting on the White Salmon River. To call the river a breathtaking sight would be a paltry description—sacrilegious, almost. After the day of being on the river, and in the river, Crag co-founder Ralph Bloemers asked me what I thought of it. I said that it was a visceral experience. I remember his response was something to the effect of, “we try to do that: we show people what they are protecting to remind them why it is worth protection.” Today, in the United States of America under a commander-in-chief that shows little regard for the Environmental Protection Agency (EPA) and even less regard for the environment itself, I am grateful to Crag for the physical and proverbial baptism into the value of the environment. I will continue to sing the praises of the attorneys and the development staff, Suzanne Savell and Carrie Clore, for their hard work. They are breaths of fresh air in a smog-filled world; paragons of integrity and persistence in an environment more challenged now than ever. Thank you, Crag, for your persistence, your dedication, and your faith in humanity.

Anu Sawkar: It’s More than just Advocating for the Environment

Anu Sawkar joined Crag as a Legal Fellow in 2019 but has been a Crag volunteer and supporter for over a decade. She was born in Poughkeepsie, New York but considers Portland to be the place that shaped her. She has a B.A. in Politics with a minor in economics from...
Read More

Suzanne Savell is the Development Director at Crag Law Center. She is from Eastern Tennessee and is a graduate of Warren Wilson College, from which she holds a Bachelor’s Degree. She also has a Master’s Degree in Appalachian Studies from Appalachian State University....
Read More

Ralph Bloemers is both co-founder and co-executive director of Crag Law Center. He is originally from Holland and grew up in Virginia. He is a graduate of University of Colorado at Boulder, where he studied political science. He obtained his law degree at Willamette Law School.
Read More

Maura Fahey has been an attorney with Crag Law Center for nearly three years. She is a native of Minnesota and has studied political science, sociology, and international and environmental law. She is a graduate of Lewis & Clark Law School and the University of Colorado at Boulder.

Teryn Yazdani: Advocating for Clients and Communities by Lizzy Gazeley | Oct 20, 2021Growing up in the South, Teryn Yazdani witnessed and experienced some of the most destructive impacts of climate change. She was in the fifth grade in Jackson, Mississippi, when...
Read More

Oliver joined Crag as a legal fellow in 2013 and is now a staff attorney.  Born and raised in Portland, Oregon, Oliver graduated from Whitman College with a degree in anthropology and acquired his law degree from the University of Washington.  Before Crag, Oliver...
Read More

Erin Hogan-Freemole: Sparking Change by Lizzy Gazeley | Oct 20, 2021Not all career paths are linear. For Erin Hogan-Freemole, her path has had twists and turns. Erin, however, describes the beginning of this new chapter as somewhat of a fitting culmination of her life...
Read More