Environmental Law, Past and Present 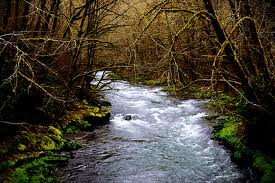 Perhaps my favorite part of Bonine’s essay is his discussion of the innovative and creative tactics environmental lawyers used before there was good environmental legislation to enforce.  For example, in Wilderness Society v. Hickel, a case from 1970, a group of lawyers blocked the construction of the Trans-Alaska Pipeline by arguing that the 19th century law for road rights-of-way did not allow for a road as large as the one needed to carry the equipment necessary for the pipeline.  Again, in West

Virginia Division of Izaak Walton League of American Voters, Inc. v. Butz, another group of lawyers halted clear-cutting in national forests by using a 19th century law that required each tree to be marked individually before it is cut.  The requirement to mark every tree made it uneconomical to clear-cut.  The resulting injunction led to the creation of the National Forest Management Act (NFMA).

I had never really thought of the legal profession as an innovative field, especially given the existence of enforceable environmental legislation.  However, during my summer at Crag I have seen how vital innovation is for moving the chains forward toward the honest protection of the human and natural environment.  Just this past May, Crag filed groundbreaking climate litigation in an attempt to extend the public trust doctrine to the atmosphere in hopes of creating green house gas regulations in Oregon.  Also this summer, in NEDC v. Brown, another ground breaking case, the Ninth Circuit held that discharges from ditches and culverts along active logging roads directly into rivers are point source discharges covered by the Clean Water Act.  And in the 2009 Rosemere Neighborhood Association v. EPA case, Crag won a precedent-setting environmental justice case against the EPA requiring the agency to promptly investigate Title VI discrimination claims.  These cases represent only a sample of the important work the attorneys at Crag do.

Law schools tend to teach a conservative approach to the law, emphasizing the evaluation of risk and the application of law to fact, with a de-emphasis on creativity.  Because of this, it’s important to get experience outside of school and see that although much environmental progress has been made, a lot of progress remains to be had and innovation is essential in achieving it.

– Ian McCurdy is a summer law clerk at the Crag Law Center and third year law student at the University of Oregon School of Law.