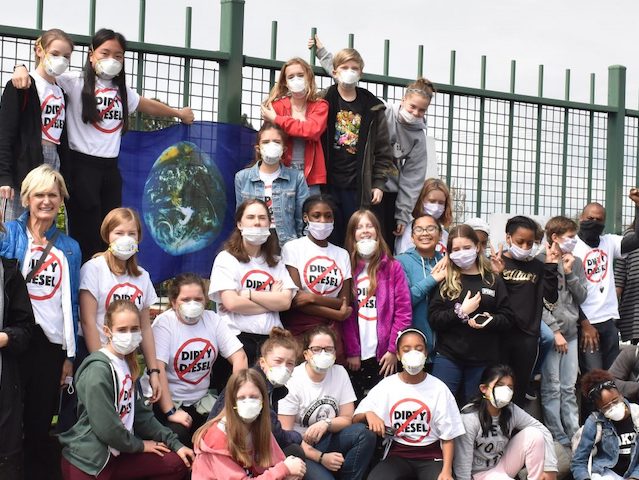 The Oregon Department of Transportation (ODOT) wants to expand I-5 in the historically Black Albina neighborhood in Portland (you may know it as the Rose Quarter). This expansion would mean more lanes of traffic and more ramps. It also includes caps over the freeway in some places as well as a biking and pedestrian bridge. 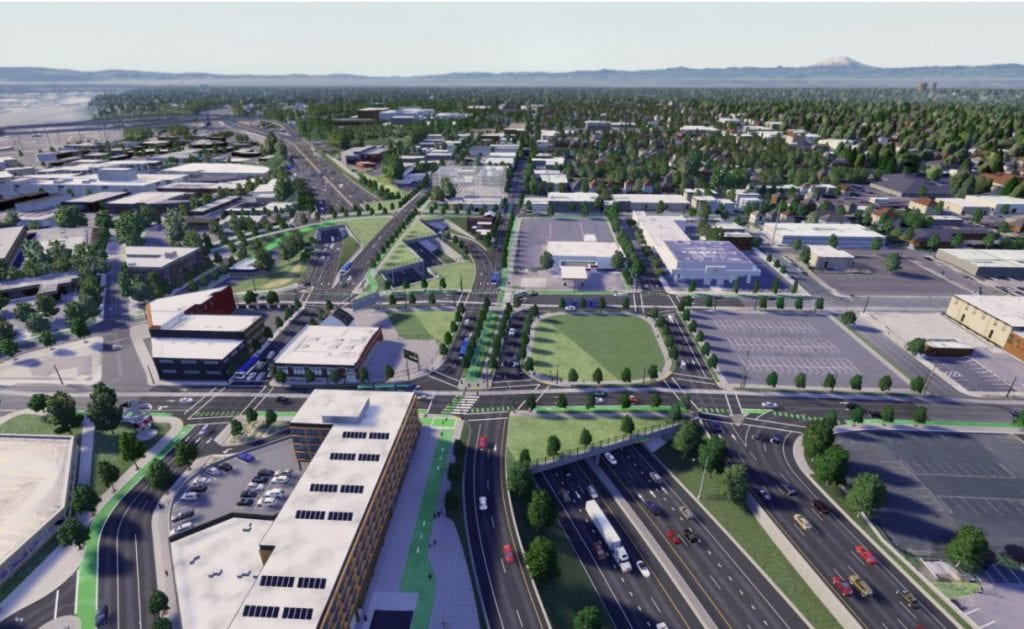 ODOT says that these changes will improve safety and reduce congestion, but we know that no freeway expansion has ever decreased congestion. Instead, more space on the freeway encourages more people to drive cars. That is the opposite of what we need to do to reduce air pollution and carbon emissions, which are both goals of the City of Portland.

Even worse, the expansion would bring I-5 even closer to Harriet Tubman Middle School, which is already exposed to so much air pollution from traffic that students can’t play outside during high-traffic times of the day. ODOT says that they will build walls to reduce the noise, but studies have shown that those walls will not necessarily be enough to reduce air pollution and keep kids healthy.

Crag is assisting No More Freeway Expansions as they advocate for the needs of the Harriet Tubman Middle School and Albina.

To learn more about the I-5 expansion, you can visit: https://nomorefreewayspdx.com/ and https://i5rosequarter.org/. To learn about what the future might hold for Albina, you can visit https://www.albinavisioninc.com/.

Harriet Tubman Middle School currently stands almost next to I-5. Right now, air pollution from the highway is so bad that students can’t play outside during certain times of the day. Young people are at particularly high risk to develop asthma and other respiratory illnesses when they are exposed to air pollution.

Construction would begin in 2023 and go on for five years. During that time, many commuters would move to smaller streets, which would make the area around Harriet Tubman Middle School less safe for students who walk to school or want to play outside in an area that is already dangerous to pedestrians.

In the end, more lanes on I-5 means more people will drive cars, and more carbon will be emitted into the atmosphere, which will contribute to global warming. Portland needs to be moving away from cars and toward sustainable transportation solutions, not expanding freeways. 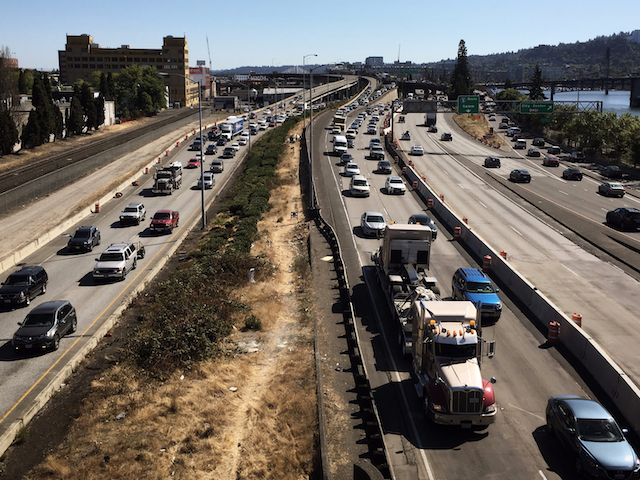 The I-5 expansion is slated to take place in Albina, a historically Black part of Portland. Albina was originally its own city, and includes the neighborhoods of Eliot, Boise, King, Humboldt, Overlook, Irvington, and Piedmont.

This is not the first time that I-5 has impacted this community. When I-5 was built in the 1960s, it split Albina in half. To make way for the new highway, many landmarks and other culturally important areas were destroyed. What had once been a thriving community with businesses, churches, and schools became two halves. This was socially, culturally, and economically devastating.

The construction of I-5 was part of an urban renewal project that had many negative effects on Albina. In the 1950s, 60s, and 70s, there were also projects to build highway 99, the Veterans Memorial Coliseum, and the Rose Quarter. In Eliot, one neighborhood of Albina, these projects displaced over half of the Eliot neighborhood’s Black population. Gentrification from projects like these continues to push many low-income and Black residents out of their homes even today.

ODOT says that the caps that are proposed for the I-5 expansion would help reconnect the two sides of Albina and restore it to what it was I-5 was put in. However, local organizations like Albina Vision say that the caps would not be enough, since they wouldn’t create enough room for new infrastructure to connect people and spaces on the two sides of I-5.

In early July 2020, the I-5 expansion took a huge hit when Albina Vision and several Portland-area elected officials, including Portland Mayor Ted Wheeler and Governor Kate Brown, stated that they no longer support the I-5 expansion project.

No More Freeway Expansions is a community coalition based in the Rose Quarter that hopes to stop the I-5 expansion. They are supported by local organizations, businesses, and politicians.

Many teachers, parents, and students at Harriet Tubman Middle School are opposed to the expansion, because it would make bad air quality worse and create more danger from car accidents for students who walk to school. One student spoke at a public meeting asking why the money for the expansion couldn’t be used to make the streets more safe for kids.

Ka’sha Bernard, who is working on this project, is a legal fellow at Crag. She came to Crag hoping to work on environmental justice in the Albina neighborhood, and says: “It has been really inspiring to see the community rally together behind this cause to stop a freeway expansion. This work is what I came to Crag to do and I’m grateful for the opportunity to get involved and help those who may be negatively impacted by the I-5 project.