By Rena Kittredge and Danica Leung 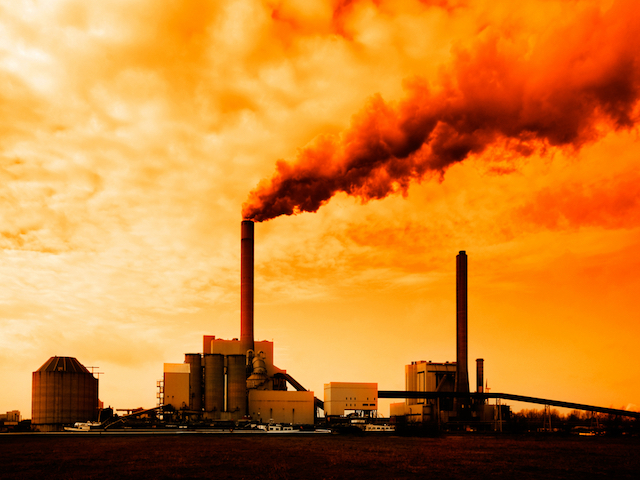 Although a state permit for the power project, called a “site certificate,” was previously issued by the Oregon Energy Facility Siting Council (EFSC), ODOE unilaterally—without public input or EFSC approval—allowed the company to modify the terms and conditions of the site certificate and the previously approved construction schedule for the project.

ODOE erroneously concluded that construction lawfully began prior to the deadline, and even facilitated Perennial’s unlawful actions purporting to start construction. Our clients contend that the EFSC certificate has now expired because Perennial failed to lawfully start construction by the September 23, 2020 deadline.

If Perennial Windchaser is constructed, it would be one of the largest stationary sources of global warming pollution in the state. As a peaking facility, it trades off operational flexibility with decreased environmental efficiency. Relative to “base load” plants, it burns more gas and generates higher emissions relative to output, with nearly 1.1 million tons of carbon dioxide emitted annually. This released methane is a great contributor to climate change. Moreover, it has become clear that natural gas is no longer a good “bridge fuel” towards renewable energy alternatives.

The full extent of the environmental impact this could cause is unclear because Perennial has not yet received necessary permits. The company has not yet completed necessary wildlife and vegetation surveys on the entire site for the Oregon Department of Fish & Wildlife, nor has it received an air quality discharge permit and stormwater erosion permit from the Department of Environmental Quality (DEQ). These are violations of the requirements in the EFSC site certificate. Oregon Administrative Rules specifically prohibit construction on a part of a facility, including roads, until the developer has construction rights on all parts of a facility.

Perennial Windchaser also doesn’t have a power purchaser, so logistically, it is unclear why construction should begin with no entity to sell power to.

“The legislature has expressly forbidden energy developers from ‘banking’ and locking up sites for years on end without truly starting construction, which is exactly what is happening here,” said Nathan Baker, Senior Staff Attorney for Friends of the Columbia Gorge.

“This undermines Oregon’s goals for curbing climate-changing pollution and it confounds common sense,” said Dan Serres, conservation director at Columbia Riverkeeper. “The council’s staff are suddenly pretending like the pre-construction requirements don’t apply, or apply only when it’s convenient for the developer. That’s just plain wrong. And they are doing it to allow the developer to sidestep Oregon’s carbon mitigation rules.”

In 2015, the Oregon Energy Facility Siting Council approved the plant’s site certificate, and at the company’s request, amended that approval in November 2019 to extend its deadline to start construction to Sept. 23, 2020. But the council’s final order on the 2019 amendment noted that “even if the Council amends the site certificate to extend the construction commencement date to September 23, 2020, Perennial would not be able to commence facility construction without a valid DEQ permit.”

On August 21st, 2020, during the public comment period at the EFSC meeting, conservation groups argued that Perennial couldn’t begin construction because it hadn’t satisfied conditions in the council’s approval. Developers didn’t have permits specifically cited as construction conditions in the siting council’s certificate of approval for the project. The conservation groups received no direct response to their concerns.

Despite Perennial not fulfilling the requirements to begin the project, the Oregon Department of Energy (ODOE) helped the developers meet the Sept. 23 deadline to begin construction. Meeting that deadline would allow developers to avoid millions of dollars in extra carbon emission fees under global warming standards that Gov. Kate Brown strengthened earlier this year. After a Republican walkout killed global warming legislation this spring, the governor issued an executive order updating state carbon reduction goals and directing state agencies to enact policies to meet them. The energy department subsequently raised the carbon offset fees for large polluters by 50%.

To meet the regulatory deadline, developers of the proposed Perennial WindChaser plant started clearing land for an access road at the site near the city of Hermiston in September 2020. But they did so illegally, because ODOE failed to ensure that Perennial had first obtained a required stormwater erosion permit from the Department of Environmental Quality. Perennial is gambling that the cost of any enforcement action by the Department of Environmental Quality would be a tiny fraction of the increase in carbon fees it would owe if forced to seek an extension of its approval by the council.

“We are flabbergasted that, at the invitation of the ODOE, the Perennial fracked gas plant rushed to begin construction without a key stormwater permit, in direct violation of both its site certificate and the Clean Water Act,” said Erin Saylor, staff attorney for Columbia Riverkeeper. “ODOE needs to stop bending rules for this major new source of climate-altering pollution.”

The Oregon Department of Energy staff also appear to have invented a concept – phased construction, which classifies the access road as “phase 1” of construction, allowing Perennial to move forward with building a road to satisfy the Sept. 23 construction deadline without the approvals to build the plant. Without approval for the rest of the plant, this is a “road to nowhere.” Phased construction is not mentioned in Perennial’s site certificate.

In fact, the site council’s certificate requires Perennial to obtain “all necessary federal, state and local permits required for construction,” and “before beginning construction…provide confirmation in writing” that its contractors had obtained all necessary permits or approvals.”

ODOE also allowed Perennial to reduce the monetary value of the bond required to be posted for restoration of the site, despite the fact that the site certificate specifically requires that any revision to the bond amount can only be approved by the EFSC.

“By changing or waiving the terms of Perennial’s site certificate, ODOE was acting far beyond its authority,” said Erin Saylor, Staff Attorney for Columbia Riverkeeper. “Only EFSC has the authority to amend the terms and conditions of a site certificate, and any amendments must happen in public, not behind closed doors.”

Crag Law Center represents Columbia Riverkeeper and Friends of the Columbia Gorge in filing a Petition for Judicial Review against the Oregon Department of Energy (ODOE). The groups are also represented by attorney Karl Anuta.

Columbia Riverkeeper’s mission is to protect and restore the water quality of the Columbia River and all life connected to it, from the headwaters to the Pacific Ocean. They work with people in dozens of communities—rural and urban—to  enforce environmental laws to stop illegal pollution, protect salmon habitat, and challenge harmful fossil fuel terminals.

Friends of Columbia Gorge works to protect, preserve, and steward the Columbia Gorge. They have been working for over 40 years to safeguard to successfully advocate and  protect the Gorge from irresponsible development, purchased scenic and sensitive lands for long-term preservation. They have also worked with community partners to foster a larger culture of Gorge stewardship by connecting thousands of students and volunteers to the Gorge’s wonders.

Explore Oregon Live’s article and their update on the case