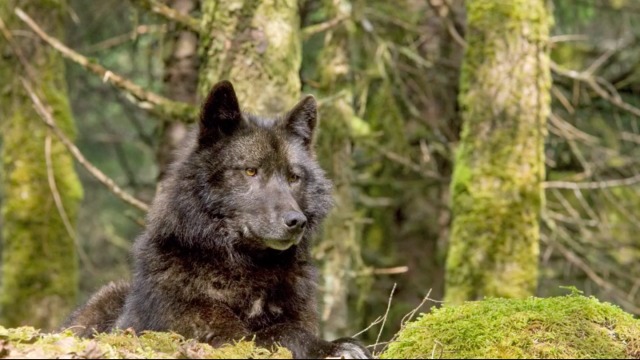 In September 2014, Crag’s clients won a legal challenge at the US District Court in Anchorage, effectively canceling four logging projects in the Tongass National Forest. After six years of litigation, the Court issued a decision stating that the Forest Service relied upon faulty scientific models to complete their environmental review.

Crag represented Greenpeace and Cascadia Wildlands in this case, which became commonly known in the Alaskan community and with environmentalists as the “Islands Wolf” lawsuit.

The proposed logging projects were initially proposed nearly a decade earlier in 2005 and 2007. Subsequently, the Forest Service approved all the projects after a hasty environmental review. During the environmental review process, the Forest Service used a questionable “scientific” model to determine whether old-growth forest habitat could sustain deer populations “beyond” the minimum requirement for the endangered Alexander Archipelago wolves’ food source. Sitka Deer populations in the area are highly connected to the ecosystem as they eat local plants and are preyed on by Alexander Archipelago Wolves. The 1997 Tongass Forest Plan – the Forest Service’s official standards when planning timber sales – specified that the threshold when clear-cutting for the deer capacity was 18 deer per square mile. The Forest Service already fell short of that requirement. 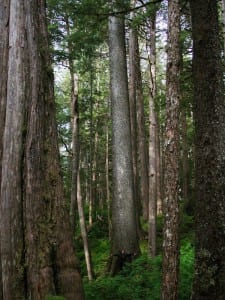 During the Forest Service’s environmental review, they used a faulty model that wrongly determined that deer populations could survive after the logging projects “beyond” the minimum requirement for the endangered Alexander Archipelago wolves’ food source. Ignoring the Tongass Forest Plan, the Forest Service decided to sacrifice these old-growth forests to clear-cut logging and approved clear-cut logging of these old-growth forests.

However, in August 2011, after our clients appealed to the Ninth Circuit Court of Appeals, the three-judge panel unanimously rejected four separate timber sales. They reversed the decision in our clients’ favor. They ruled that under the APA, the federal agency is obligated to provide a “rational explanation” for its approvals of the logging projects. The Court of Appeals found that the agency failed to provide such a rational explanation. The Court recognized that the Forest Service was ignoring the best available science on how old-growth logging affects wolves and deer.

“The Forest Service ignored the best available science on the impacts of clearcutting old-growth forest in the Tongass. The court issued a common sense decision requiring more from our federal government.”

-Chris Winter, former Co-Executive Director and staff attorney handled the case for Crag and its clients

“The Forest Service has lots of work to do if it still wants to pursue these projects. It also has the option to simply cancel the projects though, and that really makes the most sense given the limited capacity for these forest areas to sustain adequate deer populations under the Forest Service’s model.”

Rather than conducting a legitimate scientific study of the timber projects’ impacts, the Forest Service presented the same faulty model the second time around in the District Court. After years of battling in several different courts, on September 26, 2014 the  U.S. District Court ruled in favor of our clients. The courts ruled that the Forest Service had not complied with the Ninth Circuit’s instructions – to either offer a rational explanation for its original decisions or to re-do the decision-making process.

These are just two victories, among many others, that led to the protection of old-growth forests in Tongass National Forest and the unique wildlife that depends on those forests for survival.

This court battle continued until 2018, read about our final victory in the “Islands Wolf” case in 2018.

Learn more about Crag’s work to protect the Tongass from logging.

Cascadia Wildlands uses a potent combination of grassroots organizing, litigation, coalition building, and policy to defend the wild places, waters and species of the Cascadia bioregion.

Greenpeace is a global, independent campaigning organization that uses peaceful protest and creative communication to expose global environmental problems and promote solutions that are essential to a green and peaceful future.