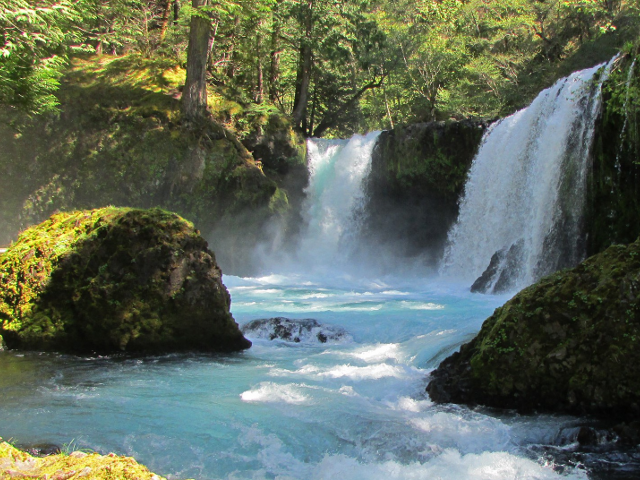 In October 2020, Crag and other conservation groups successfully petitioned for Klickitat County to reconsider Under Canvas’s permit application to build a glamping resort along the Wild & Scenic White Salmon River.

Crag, on behalf of local advocacy group Friends of Oak Ridge, fought to challenge Under Canvas’s application for a Conditional Use Permit to the Klickitat County Board of Commissioners. Our clients are concerned that the large development would strain water resources, and put the wild and scenic river and its local species at risk from pollution and over-use. Following our comments, the local county withdrew its initial approval for the project.

The site would sit on approximately 120 acres of land, 30 of which is within the boundaries of the White Salmon River Wild & Scenic Area. They plan to use approximately 20 acres for the camp, with the remaining land reserved for “the important function played by the Wild & Scenic Corridor and forestry lands”, says Caitlyn Cullen, manager of real estate for Under Canvas.

Even so, many are concerned about the impact on the environment. This area is home to the Western Gray Squirrel, a protected species in Washington state that is especially vulnerable to habitat loss and road kill mortality. Neighbors also worry about an increased risk of wildfires. Regardless of if a potential fire is contained, “the impacts of smoke means we lose as farmers, wineries can’t make wine, and customers lose”, says Marlene and Thomas Woodward, who are members of Friends of Oak Ridge and whose property adjoins Under Canvas’ proposed development site.

Fragile infrastructure is of particular concern, especially the partially paved Oak Ridge Road, which has no improvements planned until 2025, according to the six-year county road plan. While Under Canvas already operates seven glamping facilities in five different states, these sites already have access to major roads and amenities that can accommodate the influx of people needed for development. Moreover, “unrestricted commercial development”, says Woodward, is a precedent that residents do not want set for the area.

In response to environmental concerns, Under Canvas has stated that their camp will be vetted through the State Environmental Policy Act, or SEPA, process, which are environmental standards that Washington uses to assess applications and can affect private project proposals and permits.

After the community backlash resulting from this proposal, Crag Law Center, representing Friends of Oak Ridge, and many other groups submitted extensive comments opposing the development and drawing attention to the impact on the natural environment.

In response to Crag and others’ comments, Klickitat County withdrew its initial SEPA decision for further review. Klickitat County has indicated that it will re-issue the SEPA threshold determination after considering the issues raised in the comments.

“We appreciate that Klickitat County has taken the comments from the community seriously.  We trust that the next step will be for the County to require an Environmental Impact Statement. The community opposition to the proposal reflects the inappropriateness and incompatibility of this Conditional Use proposal.”  – Marlene & Thomas Woodward

Crag represented Friends of Oak Ridge, which is a group that advocates for the interests of the Oak Ridge community as an ideal environment for producing premium wine grapes, pears, cherries & apples. 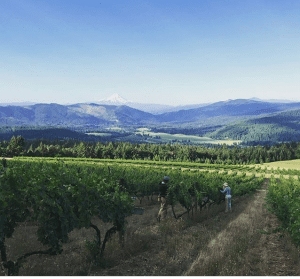