Is LNG Right for Oregon? 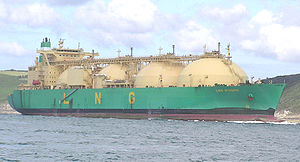 After an explosion at a natural gas processing facility on the Columbia River this week, the question everyone has been asking seems ever more pressing: is LNG right for Oregon?  A blast at a Plymouth, Washington facility caused injury to five workers and evacuation of about 400 surrounding residents.  One of the facility’s large liquefied natural gas storage tanks was punctured resulting in a small leak that was contained to the area.  The cause of the explosion is yet unknown, though it brings to light just how unpredictable and risky these facilities can be.

The news of the explosion was heard loud and clear in the wake of a recent development in the status of the Jordan Cove LNG project.  Last Monday, the U.S. Department of Energy granted a conditional export license for the export of liquefied natural gas from the proposed Jordan Cove LNG terminal in Coos Bay, Oregon to Asian markets that do not have Free Trade Agreements with the United States.  The authorization allows the facility to export at a rate of up to 0.8 billion standard cubic feet per day of natural gas, for a period of 20 years.

In granting the conditional license, the Department of Energy found that the proposed export was “consistent with the public interest.”  Oregon Senator Ron Wyden agreed with this determination in a statement

The type of LNG carrier that would transport LNG from Coos Bay to Asia.

Monday: “This announcement is exactly what Coos Bay, North Bend and America need: new jobs and new investment, while factoring in a changed geopolitical landscape through a case-by-case process.”  But is it really what Oregon needs?

The Jordan Cove LNG project will involve a 230-mile supply pipeline across southwestern Oregon that will result in the destruction of wetlands, forest habitat, and will involve many river crossings in important Salmon habitat.  Much of the land to be used for the pipeline is private property that will be condemned by eminent domain.  The facility itself will include the LNG processing terminal as well as a power plant, which will be located on a natural sand spit in Coos Bay that may be vulnerable to earthquake and tsunami hazards.  The Jordan Cove project will be much larger than the Plymouth facility where the explosion occurred and will be located near a the major populations centers of Coos Bay and North Bend, factors that could exacerbate the severity of an LNG explosion.

The project still needs authorization under a variety of local, state and federal permits to proceed.  The Federal Energy Regulatory Commission is expected to release a Draft Environmental Impact Statement for public comment in the coming months.  Crag has been working with a coalition of organizations on reviewing and commenting on each component of the project.  These groups have been urging the State of Oregon to act in the true public interest and exercise its authority to reject the terminal and pipeline under laws like the Clean Water Act, Coastal Zone Management Act, and Clean Air Act.