The Federal Energy Regulatory Commission (FERC) has denied applications for Jordan Cove LNG and Pacific Connector Pipeline to construct and operate a major LNG export facility in Coos Bay and southwest Oregon. Crag has worked for years with client Oregon Shores Conservation Coalition and a broad group of impacted landowners and conservation groups to oppose this project. In determining whether to approve this type of project, FERC must balance the public benefits of a proposed project against the potential adverse consequences. In a monumental decision, FERC found that the “generalized allegations of need proffered by Pacific Connector do not outweigh the potential for adverse impact on landowners and communities.” And without the gas pipeline to serve the Jordan Cove LNG export terminal, “authorizing its construction would be inconsistent with the public interest.”

Jordan Cove requested FERC authority to construct and operate an LNG export terminal on Coos Bay, that would have the capacity to produce about six million metric tons per year of LNG, using feed stock of about 0.9 billion cubic feet per day of natural gas, for shipment to nations around the Pacific Rim. Pacific Connector requested a certificate of public convenience and necessity from the FERC authorizing the construction and operation of a pipeline between the Malin Hub in Klamath County, Oregon and the Jordan Cove terminal on Coos Bay in Coos County, Oregon. 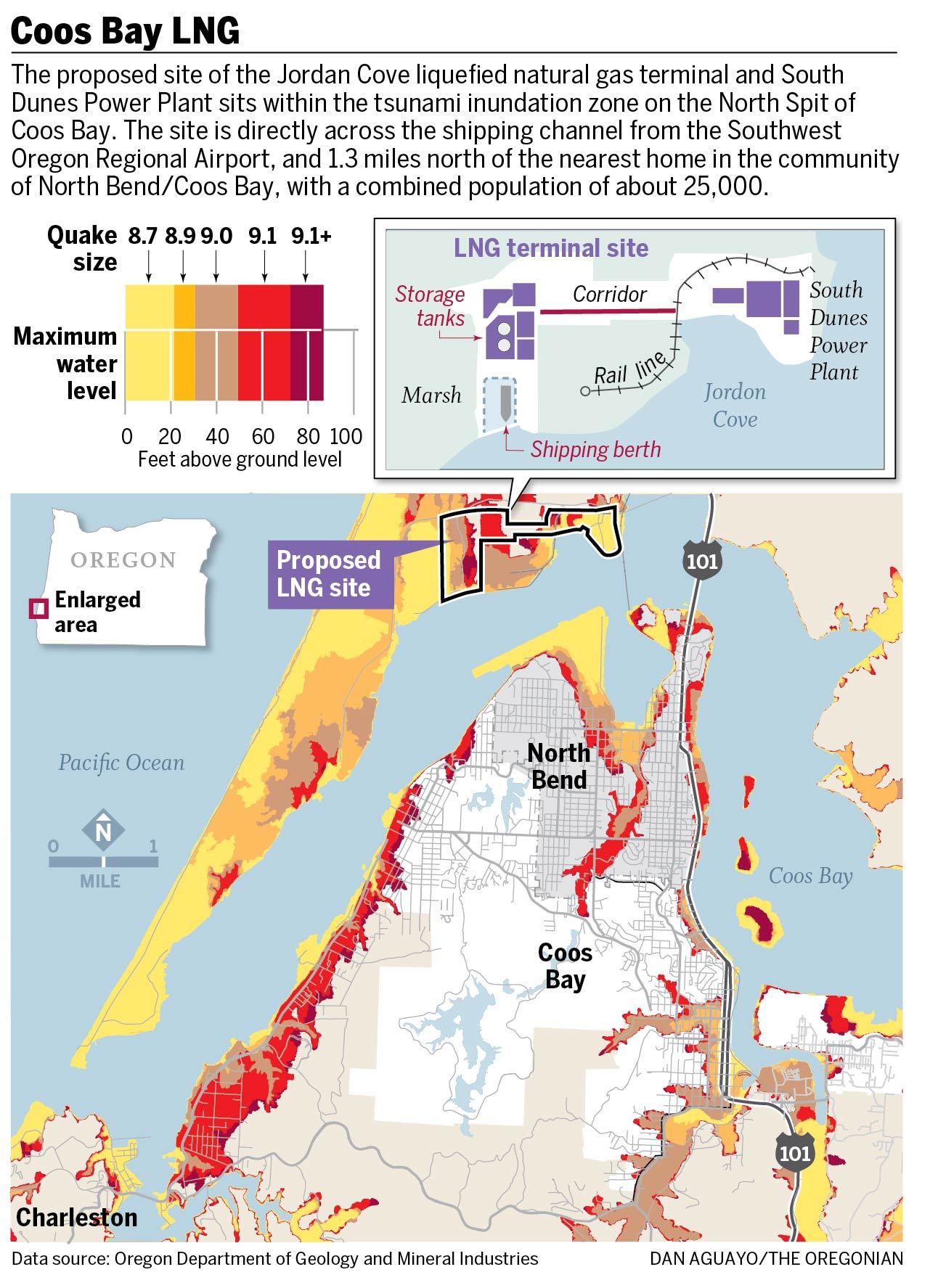 Construction would require a 230-mile long, 95-foot wide clearcut across fire-prone forests and private lands in southwest Oregon to carry fracked gas from the interior west and Canada to the proposed Jordan Cove export terminal on the north spit of Coos Bay, where it would be super-cooled, liquefied, and placed in large tankers for shipment overseas. The potentially explosive facilities would be located on of one of the most dangerous earthquake and tsunami zones in North America. The proposed route would impact nearly 400 waterways, including the Klamath, Rogue, Umpqua, Coquille and Coos Rivers, and threaten the continued viability of wildlife species such as salmon, northern spotted owls, and marbled murrelets.

The Jordan Cove facility would also be a significant source of greenhouse gases that contribute to climate change, pouring more than 30 million tons of carbon dioxide equivalent per year into the atmosphere, including emissions from the power plant, leakage from fracking sites, and the burning of the gas at the final destinations in Asia.

FERC’s decision focused on the negative impacts to affected landowners and the absence of any evidence of public benefit from the project. While environmental impacts were not reached in the decision, Crag is thrilled to know that communities, sensitive waterways, and individuals are safe from this destructive energy project.