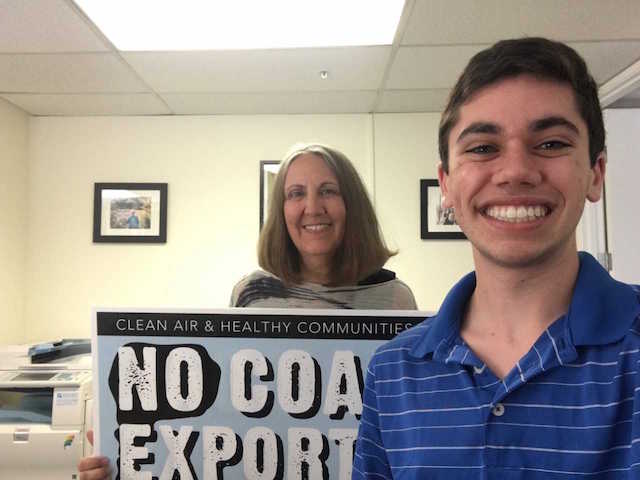 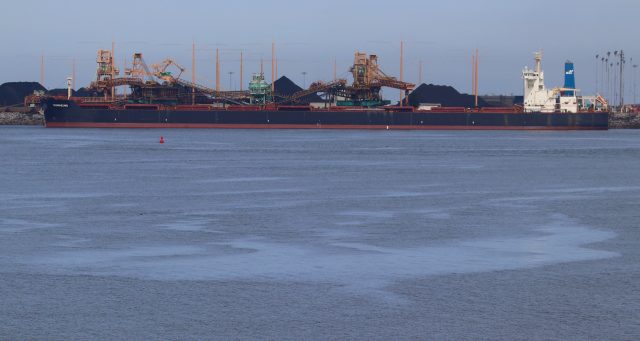 In 2013, Kinder Morgan decided to walk away from plans for a massive coal export terminal at Port Westward on the Columbia River near Clatskanie, Oregon. Their decision came after Crag and a coalition of groups worked hard to keep coal exports out of the Gorge.

Kinder Morgan’s announcement came just two days after over 100 people attended a hearing to oppose the Port of St. Helens proposal to rezone agricultural land that could be used for a coal terminal, and after the City of Scappoose passed a resolution expressing concerns about coal export.

Originally there were six proposed coal export terminals in the Pacific Northwest, and now three are dead (Gray’s Harbor, Coos Bay and now Port Westward). Kinder Morgan’s Port Westward terminal near St. Helen’s was the largest of the Oregon proposals and would have exported up to 30 million tons of Wyoming and Montana coal a year to Asia.

“This is another huge victory for the people of Oregon and another blow to the coal companies. The evidence is in that dirty coal export plans are not viable in the Pacific Northwest. Now families across the Northwest can breathe easier knowing that the largest coal export terminal proposed in the State of Oregon is off the table.” – Brett VandenHeuvel, Executive Director for Columbia Riverkeeper.

Crag was thrilled to celebrate this victory with Columbia Riverkeeper and all the individuals, communities and organizations that were speaking out and fighting against coal export in the Northwest.  However, the fight isn’t over, and we will continue to work diligently with our clients to challenge new fossil fuel infrastructure projects and push for proactive climate policies.

Read more about the victory

Check out the Oregonian’s coverage

Sierra Club of Oregon – The Oregon Chapter of the Sierra Club represents the organization’s 80,000 members and supporters in Oregon and has been hard at work protecting our state’s public lands and building an unstoppable environmental movement here since 1978.

Climate Solutions –  Climate Solutions is an organization whose vision is to see a thriving, equitable Northwest, powered by clean energy, inspiring the transition to sustainable prosperity across the nation and beyond.