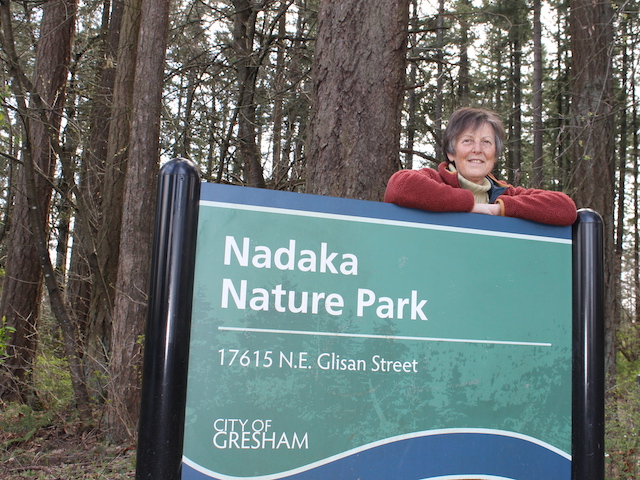 Lee Dayfield, a former Stoel Rives recruiter, later the initiator of Friends of Nadaka and now a professional grandma, has witnessed the birth and growth of Crag Law Center since even before the Co-Founders of Crag, Chris and Ralph, decided to start this law center in 2001.

The mountains and forests cultivated a lingering fondness for nature in Lee who grew up in West Virginia. That fondness for nature was probably one of the reasons that made Lee start paying more attention environmental issues about twenty years ago. As a recruiter for Stoel Rives, a business law firm headquartered in Portland, Lee interviewed many young law students who were really passionate about environmental issues. “They were just kids like you,” Lee smiled, but these kids’ passion certainly resonated with and developed her deeply-held love for nature.  “Back in the 2000s, people were not so aware of the ‘threats’ that some corporate or government actions posed on the environment as they are nowadays. People have gotten smarter about what is really harmful.”

Lee left Stoel Rives eighteen years ago and she has participated in several environmental projects since then, the most notable among which is Nadaka Nature Park. In 2010, she started volunteering at Nadaka Nature Park organizing cleanups, etc. At that time Nadaka was a ten acre forest first owned by the Camp Fire Girls and the City of Gresham bought it in 1995. It remained closed to the public until 2001. While walking her dog there one day she saw the two acres adjoining the 10 acre forest was for sale. She thought what a great place for a community garden and nature based play area and the journey of building that portion of the park began. The building of the park became her full-time job for the next five years. Applying for grants, acquiring the twelve acres of land, garnering community support, coordinating contractors, excavators and city officials were a big headache but at the same time an extremely rewarding experience. Finally in 2015, the nature based play area and community garden for over 50 families in the community was erected. The influence of Nadaka Nature Park has reached beyond the community. “People from all around the world bring their seeds here. There are vegetables I’ve never seen growing in the garden.” Lee held a higher regard for Crag’s staff after that five years, “You have to take care of your own business. There is no safety net if you fail. It’s stressful.”

Ralph, Chris and the organization they founded have had a special place in her heart all these years. Lee interviewed Ralph and Chris for their summer program at Stoel Rives when they were second year law school students almost twenty years ago. The two of them already “showed great interests in the environment back then.” After law school they both returned to work as attorneys at Stoel Rives.While working together, Ralph and Chris brainstormed how they could put their legal skills to work for the environment, and three years later, they quit their jobs at Stoel Rives jobs and started a nonprofit environmental law center. When asked about her reaction upon hearing the news, Lee said, “It didn’t surprise me. They were smart and they had heart for the environment.”

To be honest, she held the highest respect for them, which is still the case today: “A lot of young people cared about the environment, but to put in two decades of effort is a whole other issue. A lot of options were on the table because they had worked at a prestigious law firm. They could have had their own libraries, powerful connections, secretaries who proofread every document and big IT departments that took care of any hassle related to computers. More importantly, they are not making the salary anymore. It takes guts to do what they did.”

Looking back, Lee couldn’t help talking about how far Crag has gone on its journey. She felt happy for Crag’s ability to raise quite a lot of money from big fundraisers like the annual Wild Shots gala . “But I attended their first ‘fundraiser’ probably more than fifteen years ago. It was just a little party in somebody’s house in North Portland. There was no band or anything. Essentially it was a potluck [laughter]. There was a woman dancing with fire cans, (Lee was referring to fire performance) though. That was fun but it was the only performance they had.” When I jokingly asked if people were giving ten dollar bills, she laughed, “Probably. I wasn’t the one holding the cash can! Many of them were young people.” The contrast speaks to the immense trust and support that Crag has gained from its supporters over the years. Lee agreed, “It takes a long time to build credibility, to convince people you mean what you say and you do what you say.” When asked whether or not Crag has done well in that respect, she exclaimed, “Yeah! Oh yeah!”

Today, even though Lee is not affiliated with any activism group, she still occasionally participates in rallies and protests like the one against Jordan Cove LNG. Lee noted that, in these times, we need Crag more than ever. “Holding signs at rallies is good, but not enough. Companies are powerful. The government is powerful. We’ve got to have lawyers who fight the fights. Crag is doing more for our environment than any attorneys I know and everyone who cares about the environment should support them with a tax deductible contribution.” 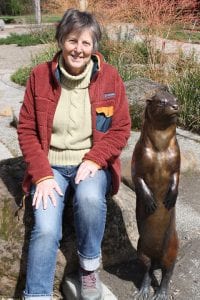