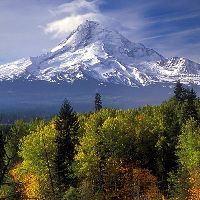 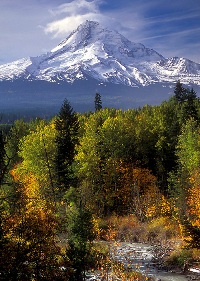 Mt. Hood, Oregon, Wednesday, March 25, 2009. Today, the House of Representatives in Washington passed the Omnibus Public Lands legislation sent to it by the Senate just a couple weeks ago. The bill creates over 200,000 acres of new Wilderness and Wild & Scenic Rivers in Oregon.

The Oregon delegation has heard Oregonians call for more Wilderness and Wild & Scenic Rivers, and today the House took final action to protect Mt. Hood and the forested flanks and rivers below. The bill includes almost 130,000 acres of new Wilderness and over 80 miles of Wild & Scenic Rivers in the Mt. Hood National Forest. The bill also includes language directing the Forest Service to protect the North side of Mt. Hood through a land swap. Mt. Hood Meadows will give up ownership and control for over 2,000 acres of land on the North side of the mountain in exchange for up to 120 acres in Government Camp.

In 2001, local residents grew concerned about a proposal to trade away Hood River County’s Crystal Springs’ drinking watershed to Mt. Hood Meadows for development – yet the Hood River County Board of Commissioners proceeded with the controversial trade despite strong public opposition. Mt. Hood Meadows also purchased the Inn at Cooper Spur and, separately, the Cooper Spur Ski Area – and proposed to build a massive four season destination resort. All told, Meadows proposed development on well over 2,000 acres of land on the historic North side. In addition, the Forest Service proposed a logging project on well over 1,500 acres of land in the area in the name of forest health. The local residents committee formed alliances with the Mazamas, the Oregon Nordic Club and conservation groups like the Friends of Mt. Hood and Oregon Wild. The groups opposed the controversial land trade and advanced an alternative vision for real forest stewardship. (www.cooperspur.org).

In the summer of 2005, the Hood River Valley Residents’ Committee (HRVRC) reached a historic settlement with Mt. Hood Meadows over the future of North side of Mt. Hood at Cooper Spur. Local residents, recreation clubs and conservation groups have worked for over seven years to protect this area and today Congress responded. Mike McCarthy, a pear farmer from the Upper Hood River Valley and a member of the HRVRC, stated: “I am ecstatic that Congress is permanently protecting the historic backcountry at Cooper Spur. I applaud the entire delegation for their hard work. Oregonians overwhelmingly support protecting lands and rivers on Mt. Hood for this and future generations. If anything, our kids will look back and say we protected too little, not too much.”

“The historic legislation protects spectacular areas across Oregon,” said Ralph Bloemers, a staff attorney with the Crag Law Center who represented conservation groups and helped craft the protections for the North side of Mt. Hood, “Europe has its great cathedrals, Oregonians have towering old growth forests and vast roadless expanses home to native fish and wildlife. This legislation protects these national treasures.”

With the passage of this legislation, local citizens and conservation groups will now turn to working with the Forest Service to achieve their historic vision for the North side of Mt. Hood.