All donations support Crag’s work to provide free and low-cost legal services to people working on the ground to protect the environment. 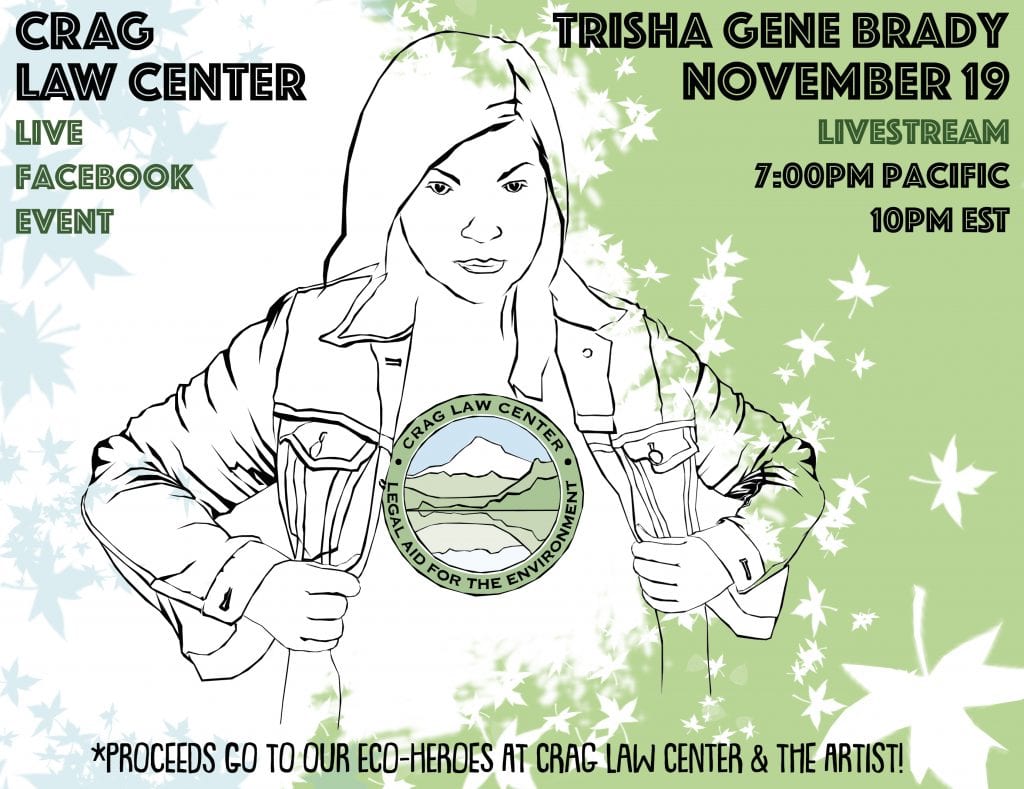 With her former band TGB followed a rigorous road schedule and had many adventures!! Trisha Gene Brady is a roots musician from Knoxville, TN known best for her seven year run as the female vocalist (guitar, mandolin, percussion) of the nationally touring act, The Black Lillies. Her split from the well known Americana outfit seems to be an open door to the next step in her career.

Trisha Gene is one of the only independent artists invited to play the Grand Ole Opry more than thirty times (debuted June, 2011).

Check out her music at https://trishagene.com/