Long Effort to protect Cooper Spur Hangs in the Balance 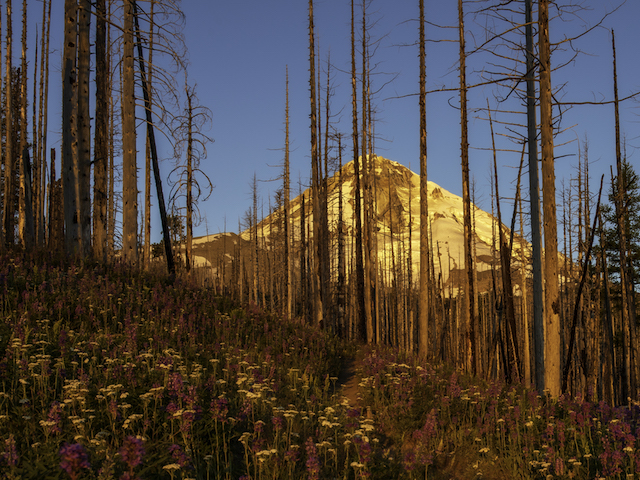 For nearly two decades, Crag has supported Hood River Valley community members in protecting the north side of Mt. Hood at Cooper Spur and protecting the upper valley’s water supplies and agricultural communities.

In 2001, through a land trade with Hood River County, Mt. Hood Meadows acquired about 600 acres of land in the Crystal Springs Watershed. Meadows had previously purchased the Inn at Cooper Spur and the Cooper Spur Ski Area. The company proposed to develop a 650-unit destination resort, a golf course, a mountain village and expand the little ski area to cover over 2,500 acres of land.

People turned out by the hundreds to express their opposition to these proposals. Crag represented Thrive (then the Hood River Valley Residents Committee) to challenge the plan in court. The challenge led to an innovative settlement to put an end to decades of discord over development on the north side of Mt. Hood. (Meadows first proposed a resort development at Cooper Spur in 1977. For a detailed history click here.)

In 2005, after a year of tough negotiations between Mt. Hood Meadows, Hood River County and Thrive, a historic solution emerged: a land trade where Meadows would give up its 770 acres on the north side of the mountain and plans to expand the ski area in exchange for 120 acres of developable land in the town of Government Camp. The north side of Mt. Hood would receive permanent protection as Wilderness. Over a dozen groups in the Cooper Spur Wild & Free Coalition supported the deal and Oregon’s Congressional delegation prepared legislation to move it through Congress. In 2009, the Omnibus Public Lands Act passed, including 125,000 acres of new Wilderness on Mt. Hood.

The Forest Service was supposed to complete the trade in 18 months, but hit some snags along the way, ultimately resulting in years of delay. Last year, the Forest Service agreed to redo flawed appraisals that had greatly overvalued the land on the north side and undervalued the land on the south side. We received new appraisals a few months ago, but our experts found the same flaws again.

Meadows has stated that they do not want to keep the Cooper Spur Ski Area, rendering the future of this beloved place uncertain. Instead, Meadows wants to obtain the land in Government Camp and keep significant land holdings around the Inn at Cooper Spur, which they could seek to develop in the future.

Obtaining over 100 acres in Government Camp is a big prize, as it would allow Meadows to build hundreds of ski homes. Yet the company is standing in the way of protecting the north side of Mt. Hood, the Crystal Springs Watershed and settling a two decade long dispute.

Nearly 20 years into this ongoing battle, Crag and Thrive remain steadfast in our determination to fight for the mountain, the water and our community. Stay tuned…

Learn more about Crag’s decades-long work to protect the North Side of Mt. Hood.