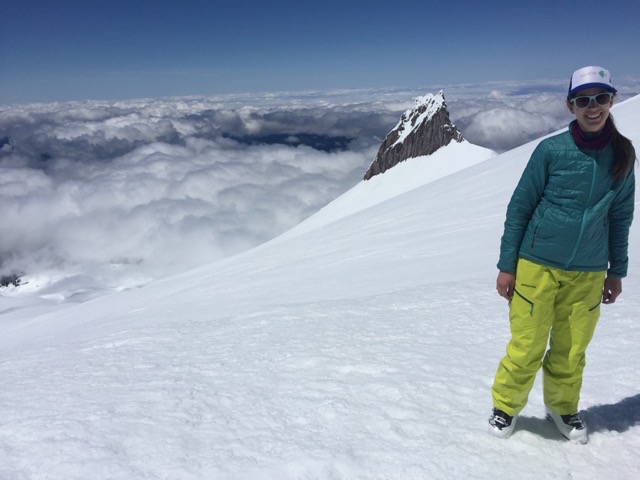 Maura Fahey joined Crag as a legal fellow in 2013 and is now a staff attorney. She is a native of Minnesota and has studied political science, sociology, and international and environmental law. She is a graduate of Lewis & Clark Law School and the University of Colorado at Boulder.

Upon entering the room for the interview, I note immediately the immense amount of light pouring through Maura’s window at her back. She is standing, staring intently at her computer screen, typing feverishly, with stacks of papers on either side of her desk that seem to remind me she is a busy individual whose time is not to be squandered. Stewart, her summer intern, pours over a book and his laptop, and will remain there for the length of our interview, a living statue. On noticing my presence, this still-life of American hard work leaps into animation and they both greet me with warm smiles.

After being in Portland for nearly six years, Maura is hesitant to admit the biggest changes she notes in the city are the droves of individuals moving here—along with all of the inconveniences their arrivals signify. After being asked what her ideal place to live would be, she gives places like Scandinavia and British Columbia; she wants to think of a place like Oregon, but outside the United States. Portland is not necessarily her ideal location; she did not dream of city life as a child. Portland suits her, however, with its access to hiking, backpacking, and backcountry skiing, all of which comprise her favorite pastimes. 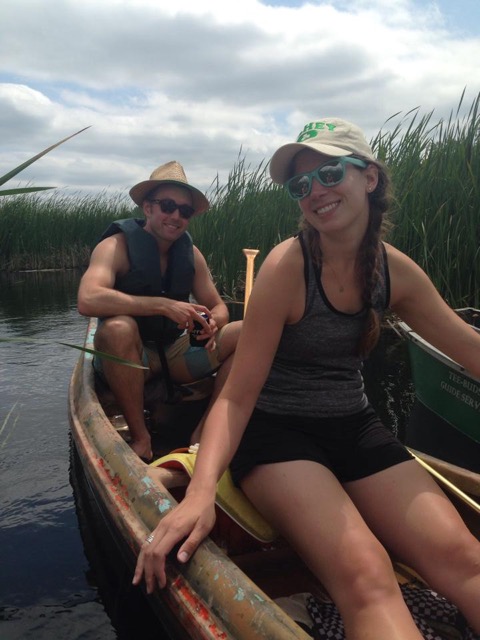 Despite her calm and composed appearance, Maura seeks adventure avidly and makes no compromises on it. She admits that while studying abroad in India during law school, Maura found that her companions were not a particularly “athletic or outdoorsy bunch,” but she still managed to convince them to hike nearly to the snow line so that she might have a full view of the Himalayan Mountain Range. She has snorkeled on the Great Barrier Reef and gone skydiving in Australia as well. When I ask where she would most like to go next, she says, “I would go to Nepal, because I want to go trekking for three weeks.” I discover that Tibet is also an option—anywhere she can hike the Himalayas. She has told me about a friend from Maldives—that beautiful island nation disappearing due to rising sea levels—which she also visited after her study abroad in India. When I say she ought go there on her next vacation, as it will soon be sunk due to sea level increases, she replies, “I would love to go back. But only after I go trekking in Nepal for three weeks.” Thus are Maura’s ways: determined, excited, unwavering.

Maura says with equal sincerity that she loves her job. Her favorite type of work includes land-use cases that “have a broader impact,” that is, those cases which do not resolve the problem only for specified clients. She uses the example of working on land-use cases whose decisions affect the siting of coal-export facilities on the Columbia River. Many land-use cases go unnoticed, but those decisions, Maura emphasizes, can be important in stopping projects like these coal export facilities. One recent success in this area is the prevention of the proposed Port Westward coal terminal.

“There is a lot of work still to be done.”

She mentions that there are a lot of high-profile issues here in the Pacific (like timber sales, old-growth forests, air quality, and land use), and despite Crag’s many achievements, Maura pensively declares that “there is still a lot of work to be done.” Of all the work at Crag, this fight against coal and liquefied natural gas (LNG) exports has been the biggest success in Maura’s mind. She says that Crag and their clients have managed to hold off these export facilities for years and currently, “they seem to be dropping like flies.”

Maura’s favorite part of her work material might be the breadth of experience, but her favorite part of Crag is the work environment.  She says everyone in the office gets along and works well together—the work environment is very relaxed. In fact, during one of my first interactions with Maura, she mentioned that the office was so casual and everyone so humble that she was the only attorney to display her degree on her office walls.

Lastly, I ask Maura what makes Portland and its regard for the environment unique among the great cities of the United States. She says that the difference is, unequivocally, “The attitude of the people. People in the Northwest generally seem to place more emphasis on the environment; they just like being out in nature a little bit more.”