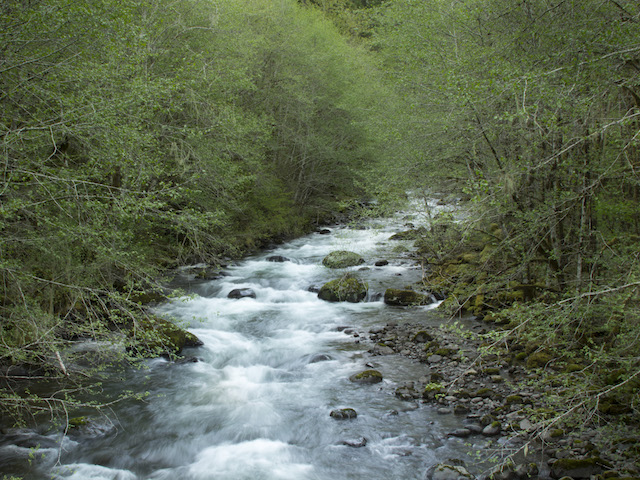 Clean water is essential for people and wildlife to survive. The city of Molalla—located in Clackamas County, Oregon—is failing to protect this right. For over a decade, Molalla’s sewage treatment plant has violated the terms of its Oregon Department of Environmental Quality (DEQ) permit, undermining people’s health and the quality of the Molalla River.

The facility contains two storage lagoons, each of which needs to be cleared out. However, as the lagoons remained filled, they could not hold incoming wastewater. The excess wastewater was sprayed on unauthorized fields and in excessive quantities, particularly during the summer months, causing ponding and runoff into Bear Creek. Additionally, the facility’s outdated piping collects stormwater and groundwater, further exacerbating capacity issues at the City’s facility. The City has neglected its duty to properly manage the plant.

The DEQ sent several warning letters to the City in the past. But, it has never taken any formal enforcement action for the persistent violations. On behalf of Bear Creek Recovery, Crag stepped in to hold the City of Molalla accountable for years of violations against the Clean Water Act.

Poor water quality has a direct impact on people’s health and the environment. Treated sewage wastewater is not safe for human contact. As Bear Creek and the Molalla River flow to the Willamette, the deterioration of water quality has far reaching impacts. When the City of Molalla discharges wastewater during the summer, people swimming in the river are immediately put at risk. During the summer season, flows are lower which means less dilution for wastewater discharges.

The history of violations at the City’s facility is the result of poor maintenance and mismanagement of the sewage plant as well as failing infrastructure. Bear Creek Recovery members are understandably concerned about the potential risks the City’s pollution poses to the health of Bear Creek, the Molalla River, and the community. Under the Clean Water Act, individual citizens or groups may bring an action against an alleged violator, to protect the waters they care about and depend upon. This lawsuit is about ordinary citizens standing up for their right to clean water. 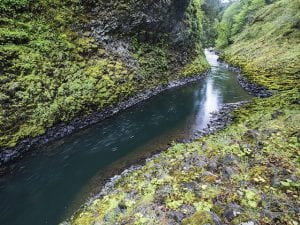 After repeated violations of the law, the City of Molalla must be held accountable. It’s time for the City to comply with its permit and create a facility that can adequately treat sewage, without harming the environment.

Since 2006, Crag had been working with a coalition of various groups and concerned Molalla residents to force the city to maintain the failing wastewater treatment facilities and to prevent the excessive wastewater discharge and irrigation. The City had been constantly violating their DEQ permits and the Clean Water act. At that time, Crag secured a consent decree requiring the city to comply. In 2009, that decree expired and the city continued its pattern of violations. In 2014, we filed a complaint on behalf of Bear Creek Recovery, again seeking resolution to the poor maintenance and operation of the sewage plant and failing infrastructure.

In 2015, after eight months of negotiations, a settlement was reached which was to require substantial work by the City over the next 3 1/2 years to improve management of its wastewater and improve the operation of the treatment facility. The City committed a quarter of a million dollars to remove sewage sludge from the treatment lagoons and to repair failing sewer lines throughout the city. The agreement also mandated additional monitoring and management of the City’s recycled water irrigation practices on nearby fields and summer discharge of water into creeks.

Again, following a long pattern, the City of Molalla also violated the agreement reached in 2015 and the Clean Water Act. In 2018, Crag, on behalf of Bear Creek Recovery, sought to enforce the agreement and hold the City accountable for its continued non-compliance. The decree was re-negotiated to include additional compliance and reporting measures while the city works towards constructing a new waste water facility. The amended agreement also includes various other stipulations, retaining some of the previous ones and adding others.

Examples of new stipulations are a timeline for certain projects to be completed and requiring quarterly meetings, open to the public, for the City to report on its compliance and progress towards the facility upgrade. In addition, the city had to hire an outside consultant (Compliance Specialist) whose duty is to track the city’s compliance with the Amended Decree as well as any MOA’s entered into by the city with DEQ. These reports are required to be posted on the City of Molalla’s website.

The agreement also required the City to contribute funds towards an environmental project to protect important cold-water salmon habitat in the Molalla River. The project was carried out by the Native Fish Society.

This new consent decree will run until March, 2024 or until the City has a new facility up and running.

For five years, we have proudly represented Bear Creek Recovery, a group of local Molalla residents concerned about the City’s actions and the possible impacts to human health and water quality. Bear Creek Recovery members are hopeful that the additional restrictions and requirements included in the 2015 settlement will lead to long-term solutions to the City’s Clean Water Act violations and protect public health and the environment in the Molalla area.

Maura Fahey and Chris Winter are leading our work to protect water quality in the Molalla River. Staff Attorney Maura Fahey shared the importance of this case.

“This case is a prime example of the Clean Water Act at work. Where the regulating agency has failed to hold the City accountable for its violations, local residents have kept a close watch and are working to ensure that the City cleans up its act.”

We are committed to ensuring access to clean water, for the residents of Molalla and people across the Pacific Northwest.