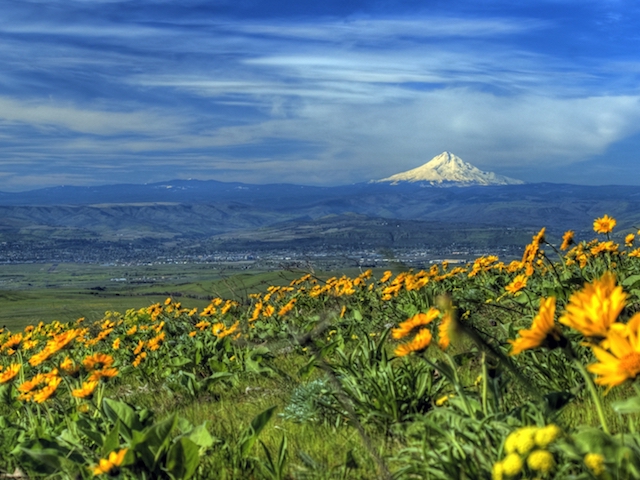 The second most climbed mountain in the world, Mt. Hood is crowned by 11 glaciers and is home to pristine wilderness, beautiful alpine lakes, scenic landscapes, and the historic Timberline Lodge. For over 40 years, Mt. Hood Meadows has sought to build a destination resort on the North side of Mt. Hood near Cooper Spur. Local citizens, conservation groups, recreation clubs and communities around the mountain have repeatedly opposed these efforts.

After decades of dispute, Congress stepped in to end this “fight on the mountain” with an out-of-the-box compromise: a land trade that would result in permanent protection for thousands of acres on the wild north side of the mountain around Cooper Spur while directing development to about 110 acres public lands in Government Camp that had been designated by the community and Clackamas County for resort development. The proposal would permanently protect over 2,000 acres of the Crystal Springs drinking watershed and preserve over 2,000 acres on the historic North side of the mountain as Wilderness.

Since 2001, Crag has represented Thrive Hood River (formerly known as Hood River Valley Residents Committee) to protect Cooper Spur on the North Side of Mt. Hood from the misguided development proposal that would have paved Hood River County’s Crystal Springs watershed. After Thrive and its allies reached this historic agreement, Crag staff attorneys helped them write and pass two different pieces of legislation through Congress to make it a reality. The bill directed the trade passed in 2009, and then the Forest Service failed to complete the land swap as directed by Congress. The Forest Service continues to make mistakes and cause delays. In 2020, the Forest Service provided a new set of appraisals. Crag retained an expert who determined, yet again, that the appraisals were grossly flawed.

Nevertheless, we will continue fighting for the residents, watershed, and wilderness of Mt. Hood, one of Oregon’s natural treasures, and ensure the compromise is fully implemented. The mountain’s natural beauty and recreation opportunities must be protected for generations to come.

Mt. Hood is a beloved space to Oregonians, exemplifying how much we value the great outdoors. The North side of the mountain is a priceless historic backcountry recreation area that feature famous landmarks, hiking trails, and magnificent views. The land exchange permanently protect these historically significant and ecologically sensitive lands around Cooper Spur, including preserving over 2,000 acres of the Tilly Jane Roadless Area. The pristine wilderness ensures the old-growth trees, fish, and wildlife will be protected for years to come. 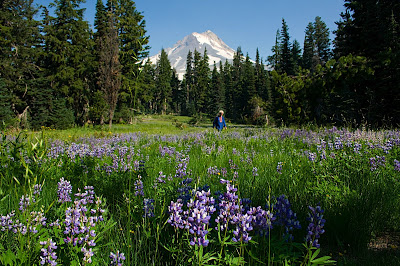 The North side of Mt. Hood provides drinking water to a significant portion of Hood River County. As part of their development proposal, Mt. Hood Meadows was planning to pave over the watershed which over a quarter of local residents rely on. By preserving the land on the North side of the mountain, people will maintain their access to clean drinking water. Local farmers also rely on the watershed for their crops.

Permanent protections for farm and forestlands in and around Cooper Spur will help to protect the agricultural community in the Upper Hood River Valley. The land trade will benefit economic development in Government Camp by allowing the community to realize its plan to provide additional accommodation as set forth in the town’s revitalization plan, while also protecting wetlands and public trails.

Oregonians overwhelmingly support protecting lands and rivers on Mt. Hood for this and future generations. Despite the complexities of the land exchange, stakeholders across the spectrum—conservationists, farmers, local residents, hikers, business leaders—all support the historic agreement. In fact, both of Oregon’s U.S. Senators, as well as Representatives from both parties, have strongly supported the effort by passing multiple pieces of Congressional legislation. The people of Oregon want this land exchange to be completed.

Keeping Mt. Hood wild and free will continue to be an integral part of our work until Oregonians’ conservation and recreational priorities are fully realized.

In 2001, local residents grew concerned about a proposal to trade away Hood River County’s Crystal Springs’ drinking watershed to Mt. Hood Meadows for development – yet the Hood River County Board of Commissioners proceeded with the controversial trade despite strong public opposition. Mt. Hood Meadows also purchased the Inn at Cooper Spur and, separately, the Cooper Spur Ski Area – and proposed to build a massive four season destination resort. The local residents committee formed alliances with conservation groups to oppose the controversial land trade and advance a vision for real forest stewardship.

In the summer of 2005, Thrive reached a historic settlement with Mt. Hood Meadows over the future of the North side of Mt. Hood at Cooper Spur: Mt. Hood Meadows would give up ownership and control for over 2,000 acres of land on the North side of the mountain in exchange for up to 120 acres in Government Camp. The settlement would permanently protect the wild north side of the mountain, including roadless areas, hiking trails, wildlife habitat, and the watershed. 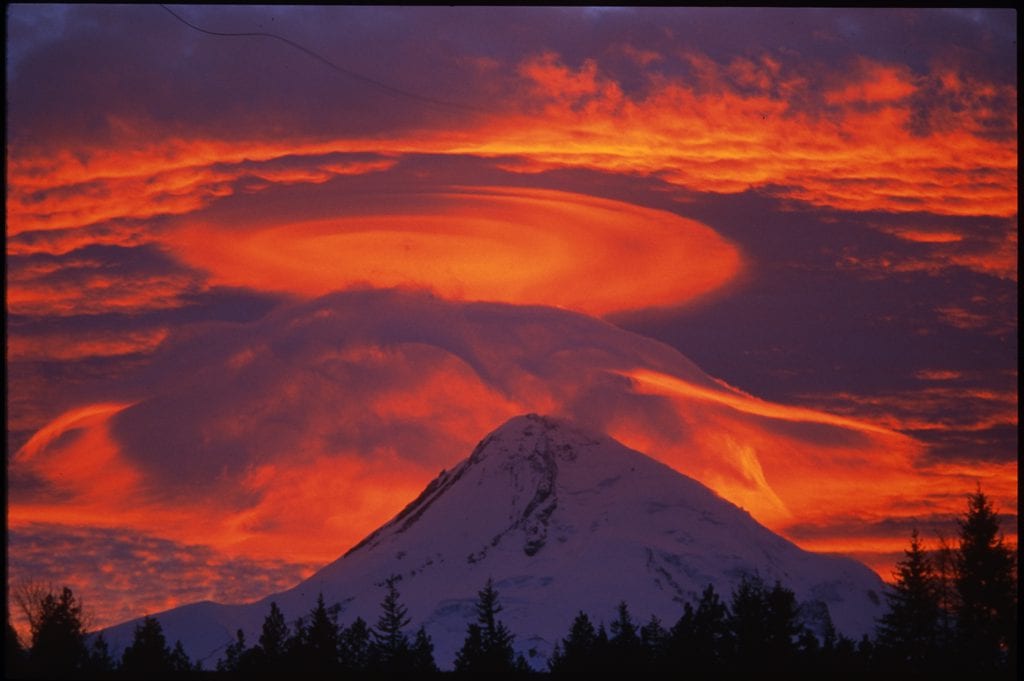 In 2009, Congress passed the Omnibus Public Lands Act which protected 125,000 acres of Wilderness. The Act included a provision for the land trade – known as the “clean sweep” – which Oregon’s congressional delegation have repeatedly described as “770 acres at Cooper Spur for 110 at Government Camp.” The bill created almost 130,000 acres of new Wilderness and over 80 miles of Wild & Scenic Rivers in the Mt. Hood National Forest. The bill also included language directing the Forest Service to protect the North side of Mt. Hood through the land swap.

Thrive, Ht. Hood Meadows and the Congressional delegation worked together to draft the Clarification Act – new legislation that clarified certain aspects of the appraisal process. The Clarification Act requires public disclosure of the land appraisals and revised and updated parcel-by-parcel appraisals. After passing through the House and garnering unanimous support in the Senate in December 2017, the bipartisan legislation was signed into law. Written by U.S. Senators Ron Wyden (D-Ore.), and Jeff Merkley (D-Ore.) and Representatives Greg Walden, (R-Ore.) and Earl Blumenauer (D-Ore.), the Mt. Hood Cooper Spur Land Exchange Clarification Act was aimed at protecting and enhancing Oregon’s land conservation and recreation priorities on the mountain. 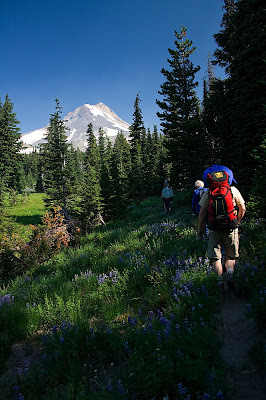 After considerable delay, the Forest Service retained an appraiser to value the land and he completed his work in the fall of 2017. The Residents Committee hired an expert to review the appraisals and Hood River and Clackamas County did also, and these reviews uncovered significant errors.  In sum, the appraisals grossly overvalued the land on the North side and grossly undervalued the public’s land on the south side.  In mid-April 2018, the parties met, with the assistance of Judge Edward Leavy, a federal judge, to discuss how to get the trade back on track.

In early 2020, we received new appraisals from the Forest Service and had experts review them. Again, the experts determined that the appraisals significantly overvalued the north side and undervalued the south side. In addition, Meadows has stated that they do not want to keep the Cooper Spur Ski Area, rendering the future of this beloved place uncertain. Instead, Meadows wants to obtain the land in Government Camp AND keep significant land holdings around the Inn at Cooper Spur, which they could seek to develop in the future.

Obtaining over 100 acres in Government Camp is a big prize, as it would allow Meadows to build hundreds of ski homes. Meadows stands to make tens of millions of dollars, yet the flawed appraisals are getting in the way of realizing the clean sweep and protecting the North side of Mt. Hood, the Crystal Springs Watershed and settling a two decade long dispute.

As the process moves forward, Crag will continue to steward the historic solution and advise the coalition on how to protect the North side of Mt. Hood as well as engage with Hood River County, Clackamas County and Mt. Hood Meadows to complete the land trade.

Our community connections in the Hood River Valley made the 2009 historic solution possible. The creation of the solution depended on the collaboration of diverse stakeholders—Mazamas, Hood River Valley Residents Committee, the Oregon Nordic Club, Audubon Society of Portland, Hood River County, Mt. Hood Meadows, Clackamas County, the Oregon Congressional delegation—and depends on these partnerships to this day.

To protect Mt. Hood, we are representing Thrive Hood River, Oregon’s oldest local land-use advocacy organization. For nearly 40 years, their mission has been to protect farms, forests, special wild places and the livability of Hood River’s urban communities. Thrive Hood River is a part of Cooper Spur Wild and Free (CSWF), a diverse coalition of conservation, citizen and recreation organizations that came together in 2002 in response to Mt. Hood Meadows’ proposal. Their mission is to preserve and protect the biological integrity and historic nature of the northeast side of Mt. Hood in and around Cooper Spur from increased commercial activities, high impact recreational expansion, and timber sales on public and private lands in and adjacent to those lands. 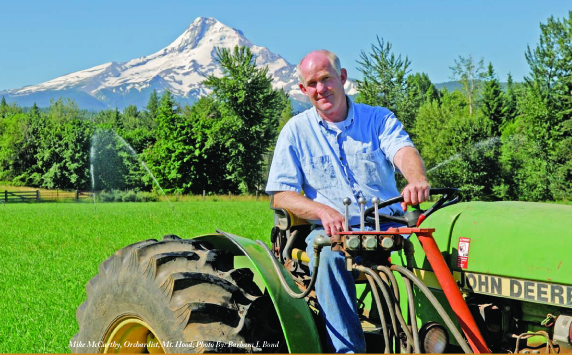 The Cooper Spur Wild & Free Coalition includes the Northwest Environmental Defense Center, the Hood River Valley Residents Committee, Oregon Wild, Sierra Club, Bark, Oregon Nordic Club, the Mazamas, the Ptarmigans, the American Alpine Club, the Portland Audubon Society and the Friends of Tilly Jane.  These organizations have long-supported the long awaited consummation of the “clean sweep” leading to the permanent protection of the North side because the public stands to gain a lot from this trade.

Since 2001, staff attorney Ralph Bloemers has represented the Residents Committee and the Coalition in this case and intends to continue to do so into the future.

“Mt. Hood stands stalwart and resolute, and we remain firmly committed to seeing this effort through to reach our goal of protecting the inspiring north side of Mt. Hood.”

More information about the land exchange