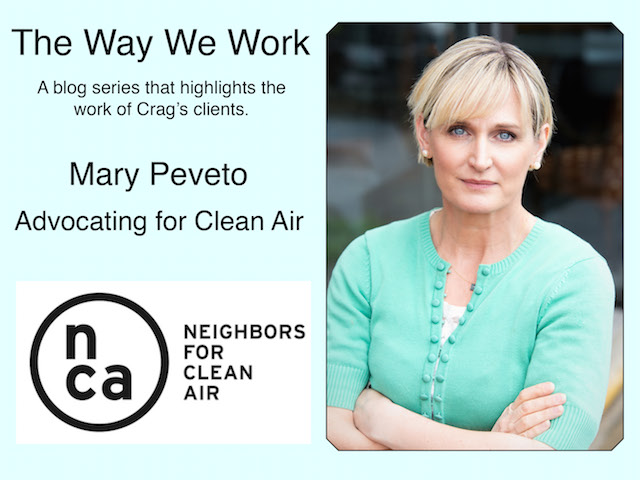 In this installment of The Way We Work, we talked to Mary Peveto about Neighbors for Clean Air and their work to ensure the public has a voice when it comes to the air that we breathe.

It is really easy for people to ignore a seemingly invisible problem like air pollution. Mary Peveto, president of Neighbors for Clean Air, notes that, “It’s really easy to dismiss the problem because you can’t see it and there are all sorts of naysayers who think you’re just being paranoid.”

Indeed, Portlanders were shocked when it was announced in February 2016 that communities in southeast Portland were breathing toxic pollutants, arsenic and cadmium, at tens, and even hundreds, of times above safe levels. Air pollution could not be ignored any longer; its effects were no longer invisible.

Neighbors for Clean Air has been working to educate community members about air pollution and its risks since 2010. “The most important thing that we’ve been able to do is to continue to bring attention to the problem,” Mary says. Neighbors for Clean Air began after seven schools in northwest Portland were found to be in a toxic hotspot created by ESCO and other industries. A group of parents, schoolteachers, and school staff worked to establish a Good Neighbor agreement with ESCO to reduce pollution. Through this work, they realized that there was a massive gap in how industrial air pollution was regulated for public health and safety. Neighbors for Clean Air later realized that there was also a gap in how the state regulated diesel emissions. They are dedicated to addressing these gaps in air pollution regulations.

“Neighbors for Clean Air is a leader in advocating for clean air in Oregon and ensuring the public has a voice when it comes to the air that we breath.” – Crag staff attorney Maura Fahey. 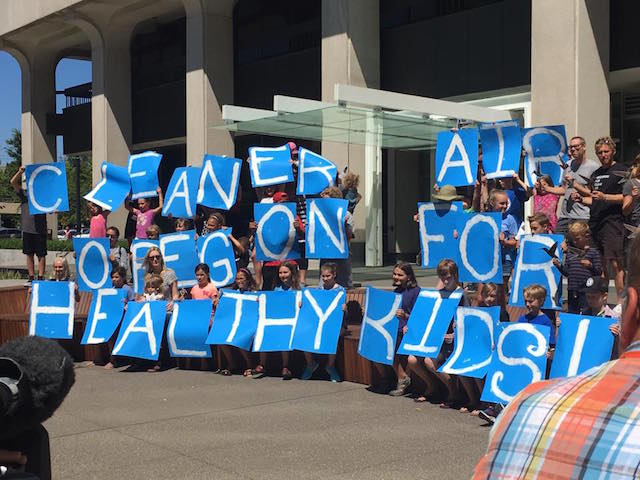 For the past year, Neighbors for Clean Air has been focused on industrial air toxics in the wake of the 2016 Portland air toxics report. They were invited to be on the Regulatory Reform Advisory Committee for Cleaner Air Oregon, a new program meant to reform Oregon’s industrial air toxics regulations. According to a document from the Department of Environmental Quality (DEQ) and Oregon Health Authority (OHA), this committee is meant to, “keep the process honest and transparent, ensuring that the regulations reflect input from experts and the public.”

Neighbors for Clean Air speaks from the authentic place of impacted communities. They represent community members who know just how impactful air toxics are. Thus, they strive to provide a broad spectrum of expertise so that rule makers can also understand the true significance and substance of community concerns.

Crag has been involved with Neighbors for Clean Air since Crag attorney Ralph Bloemers did the 501(c)(3) that inked them into existence. Since the air toxics announcement, Crag has stepped up as a formal partner to help Neighbors for Clean Air and other organizations hold DEQ and OHA accountable for protecting vulnerable populations from air pollution. Mary explains that Crag has provided substantial legal support: “It goes beyond a little bit of helping to explain pieces of it. Crag identifies key opportunities or key concerns in some of the ways the rules have been coming together. It’s been a pretty comprehensive input that they’ve provided.”

Mary is glad for Crag’s commitment to protecting people from air pollution.

“It is a massive service for the people of Oregon, everywhere from the community level where they’re really helping the community fight a single polluter to this big level where they’re really helping the public broadly get the strongest protections on this program. It’s really great that Crag is there to be the people’s representation when there’s not an obvious compensation for that kind of work.” – Mary Peveto.

You can help Neighbors for Clean Air too! Sign this petition to the governor before the next Regulatory Reform Advisory Committee meeting on August 29 to send a strong message about the need for health-protective rules.