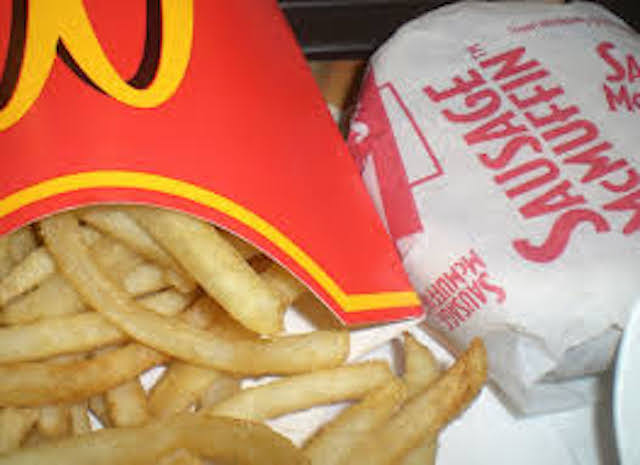 In 2001, after learning that McDonalds was planning to build a restaurant, complete with golden arches and a drive-through at SE Hawthorne and 34th, the neighborhood rebelled. Formerly the site of an Arby’s, the property was legally zoned commercial and the McDonald’s corporation foresaw no problem in developing it.

The Healthy Hawthorne Project was formed by neighbors who presented their opposition at a public meeting.  In this pedestrian friendly neighborhood, they claimed that not only would traffic increase in the area but so would trash and noise.  Local residents pointed out that the City of Portland, the year before, had finalized a planning process calling for de-emphasizing cars in the Hawthorne area. They also claimed that McDonald’s high-caloric menu contributed to rising obesity and condemned their hiring practices.

Two city commissioner’s sent separate letters to McDonald’s suggesting that a Hawthorne development was not appropriate.  “Perhaps there is a better place for your next restaurant” wrote Commissioner Erik Sten.

Working behind the scenes, Crag’ co-founder, Ralph Bloemers was digging through permits relating to the property to see if he could discover any problems with the drive-thru. And, after careful study, he found that previous owners had illegally reconfigured the drive-thru and that this would result in traffic backing up on narrow Hawthorne Boulevard.  So, on behalf of the Richmond Neighborhood Association and local residents, Ralph penned a letter to the city’s Office of Planning and Development Review, and laid out what he had found. The City wrote back that Ralph was right and the following month, McDonald’s backed away from the property.  A few months later another developer bought the property and later built a mixed-use building.  Almost 20 years later, there are still no McDonald’s franchises on Hawthorne Blvd.

Since 2001, Crag has worked with clients to protect their communities from unsustainable development that could damage the scenic beauty, local environment, and character of population centers across the region.  Learn more here. https://crag.org/our-work/communities/