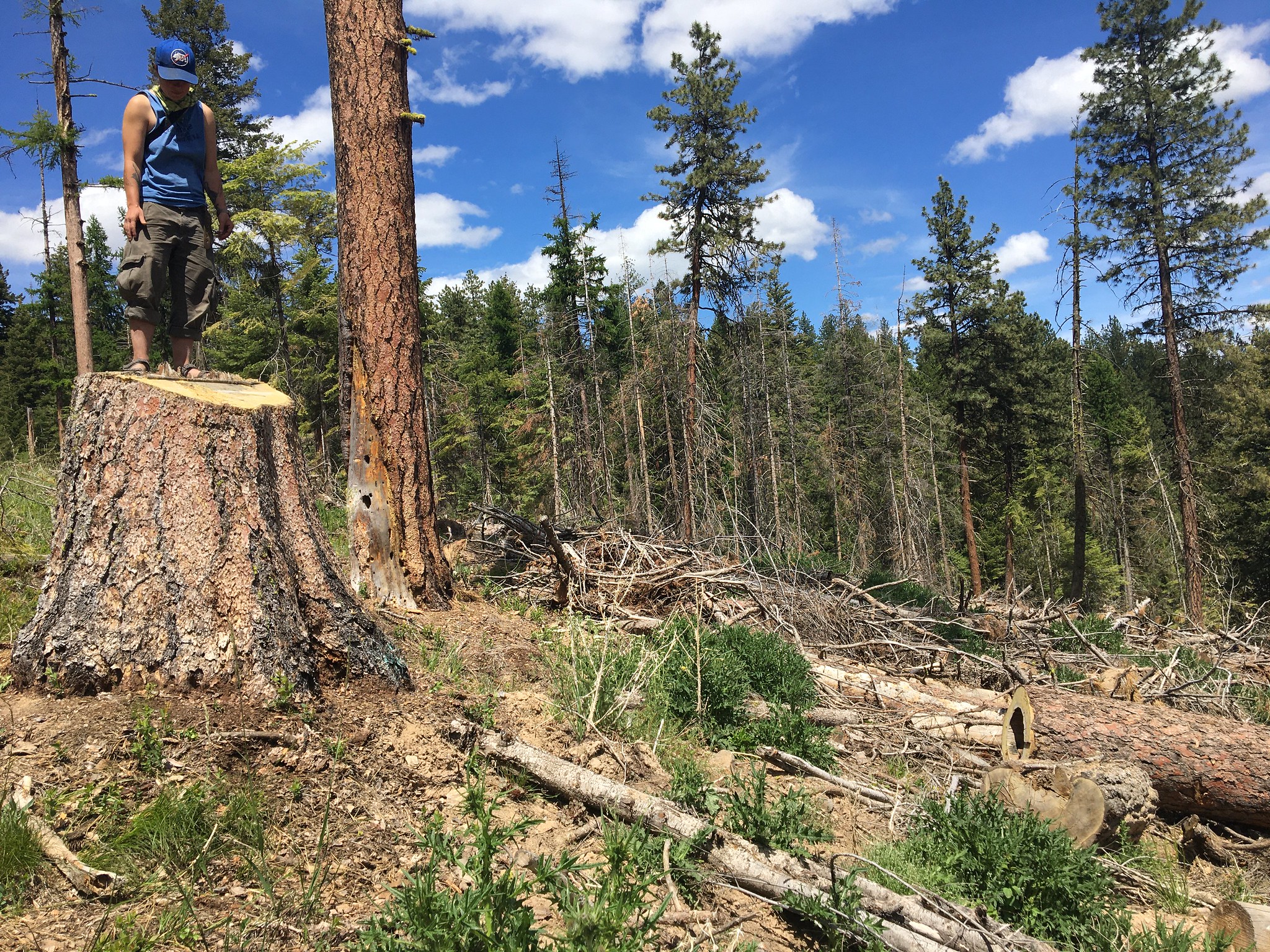 Today, June 14, 2022, Crag filed a lawsuit on behalf of six conservation groups, challenging a Trump-era rule change that allows logging of mature and old growth forests on over 7 million acres across Eastern Oregon and Washington. In the lawsuit, we are fighting against the Forest Service’s decision to eliminate protections for trees larger than 21” in diameter.

“The 21-inch rule has been a bedrock of forest law in Eastern Oregon. And removing it without a transparent process is not only contrary to environmental law but truly damaged the public’s trust in an agency like the Forest Service.”

The Eastside Screens is a U.S. Forest Service plan put in place in 1994 to protect remaining habitat for old-growth-dependent wildlife in six national forests east of the Cascades. The plan was developed in response to decades of selective logging of the biggest trees in Eastern Oregon and Washington’s national forests, which caused a rapid decline of habitat for species that rely on the habitat provided by mature and old forests like northern goshawk and pileated woodpecker. For more than 20 years, the Screens reined in the logging of large and old trees and prevented unnecessary conflict on many logging projects.

However, in the final days of the Trump administration, the Forest Service removed the long-standing protection for at least 11,000 square miles of national forest in Eastern Oregon and Southeast Washington despite overwhelming evidence that large trees play a critical role in maintaining biodiversity and mitigating climate change. In the last two years our clients and other groups have repeatedly asked the Biden administration to revisit the decision, to no avail.

In April 2022, President Biden issued Executive Order 14072, which aims to “conserve America’s mature and old-growth forests on Federal lands” as a part of a science-based approach to reduce wildfire risk and combat the climate and biodiversity crisis. Despite these stated goals, the Forest Service continues to prioritize logging overprotections for wildlife, water, and old growth forests.

To learn more about the Eastside Screens, read here: https://crag.org/protecting-large-trees-in-eastern-oregon-eastside-screens