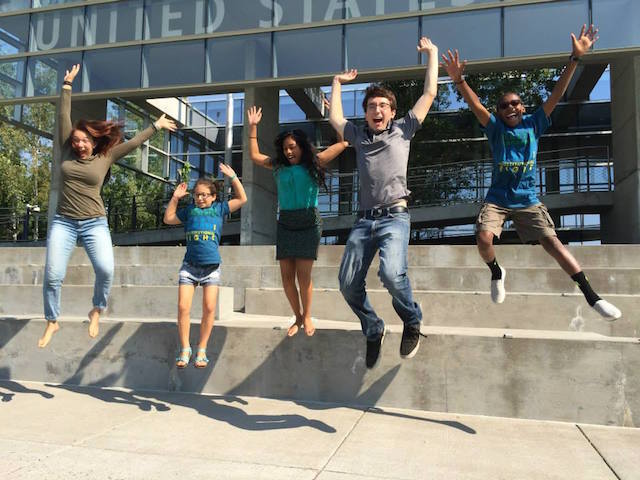 Today, Chief Judge Sidney R. Thomas, writing for a unanimous three-judge panel of the Ninth Circuit Court of Appeals rejected the Trump administration’s “drastic and extraordinary” petition for writ of mandamus in the landmark climate lawsuit, Juliana v. United States, brought by 21 youth supported by Our Children’s Trust. The Court ruled that the Juliana case can proceed toward trial in the U.S. District Court for the District of Oregon and that the Trump administration had not satisfied the factors necessary for an extraordinary writ of mandamus.

Crag represents League of Women Voters of the U.S. and the Oregon League of Women Voters as amicus in this case. On behalf of the Leagues, Crag filed an amicus curiae brief in opposition to the Trump Administration’s mandamus petition with the Ninth Circuit Court of Appeals. In all, eight amicus briefs, from legal scholars, religious, women’s, libertarian, and environmental groups, alongside legal nonprofits, displayed resounding legal support for denying the mandamus petition, and allowing the Juliana v. U.S. case to proceed to trial.

Julia Olson , executive director and chief legal counsel of Our Children’s Trust and co-counsel for youth plaintiffs said:
“The Ninth Circuit just gave us the green light for trial. We will ask the District Court for a trial date in 2018 where we will put the federal government’s dangerous energy system and climate policies on trial for infringing the constitutional rights of young people.”

The Trump administration’s mandamus petition sought early review of U.S. District Court Judge Ann Aiken’s 2016 denial of motions to dismiss the youth’s lawsuit, which seeks a constitutionally compliant national energy system and science-based climate recovery action by the federal government. Rejecting the government’s position in their petition, the Ninth Circuit ruled that the federal government had not established that it was harmed by any discovery order and had not met the factors for issuing an extraordinary writ.

Like any other defendant who loses their motion to dismiss, the U.S. defendants must participate in discovery and defend themselves at trial, even though it will take time and resources to do so. That is the structure of our legal system. 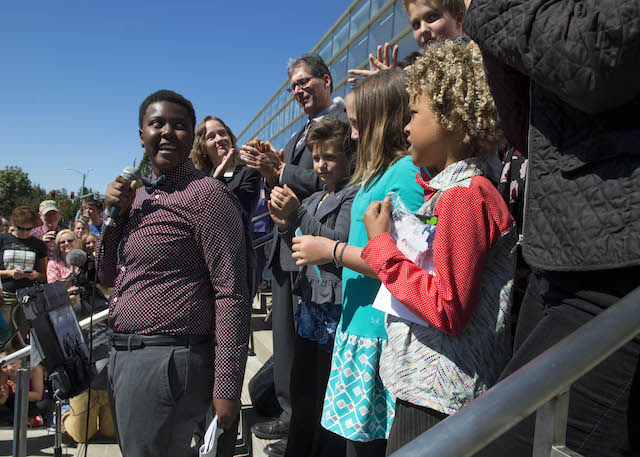 Plaintiff VIctoria Barrett speaks during a press conference on the steps of the Federal Courthouse in Eugene. Twenty-one youth plaintiffs are suing the federal government in an attempt to force science based action on climate change change. (Robin Loznak/ZUMAPRESS.com)

Victoria Barrett , 18-year-old plaintiff from White Plains, New York, said: “Today, the Ninth Circuit sided with progress. I’m grateful that my fellow plaintiffs and I can have our voices heard, and that climate science can have its day in court. The Trump administration tried to avoid trial, but they can’t ignore us. Our future is our choice and I believe the courts will stand with our constitutional rights.”

Juliana v. United States is not about the government’s failure to act on climate. Instead, the 21 young plaintiffs assert that the U.S. government, through its affirmative actions in creating a national energy system that cause climate change, has violated their constitutional rights to life, liberty, and property, and has failed to protect essential public trust resources. The case is one of many related legal actions brought by youth in several states and countries, all supported by Our Children’s Trust, and all seeking science-based action by governments to stabilize the climate system. In Oregon, Crag is representing Kelsey Juliana and Olivia Chernaik, two brave young women from Eugene, and we are currently awaiting a decision from the Oregon Court of appeals.

Counsel for Plaintiffs are Julia Olson, Esq. of Eugene, OR and Philip L. Gregory, Esq. of Gregory Law Group.

Photos courtesy of Our Children’s Trust and Robin Loznak.