Where Are They Now? Eric Swanson 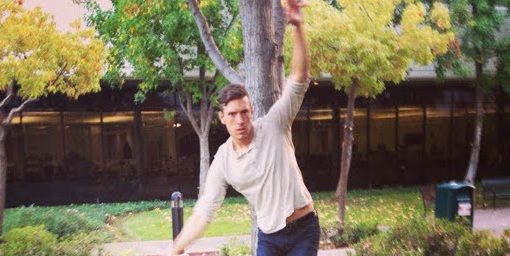 While visiting Portland from the San Francisco Bay Area with his girlfriend in 2015, Eric Swanson had a chance to sit down for coffee and catch up with his former mentor, Ralph Bloemers.

As a summer associate in 2010, Eric Swanson participated in a still-ongoing case protecting critical steelhead habitat and fragile alpine soils from the potential negative effects of a bike park at the Timberline Lodge on Mt. Hood.  He also helped Crag fight the environmental impacts of mining and logging in Oregon.  During his time at Crag, Eric said that he learned more about being a lawyer than he ever did during his three years at law school.  “The advantage of a small, scrappy firm like Crag is that we put a lot of hands-on effort into a lot of different things!”

After leaving Crag, Eric completed his law degree at Georgetown and passed the bar in California.  He had a fellowship with the Sierra Club and worked in document review, but has spent recent years on the compliance team at Google.  He recently made a career change and just accepted a job at Lyft, which he said has an interesting take on reducing car ownership and lowering emissions.

Although Eric is not currently working in environmental law, he says that his mentors taught him that it does not have to be the first thing you do out of law school; sometimes it can take a while to get to that point.  The key is to have a goal and a plan for how to get there. Right now he is on a detour from environmental advocacy, but thinks that the skills he is learning now will help him down the road.

Eric’s main hobbies at the moment are rock climbing and mountain biking, which both get him outside regularly.  They also scare him at times, which he says is a good thing.

McKenna Ganz is a recent graduate of Duke University.  She interned with the Crag Law Center in the summer of 2015 as part of the DukeEngage Portland program.