Where are they Now? McKenna Ganz 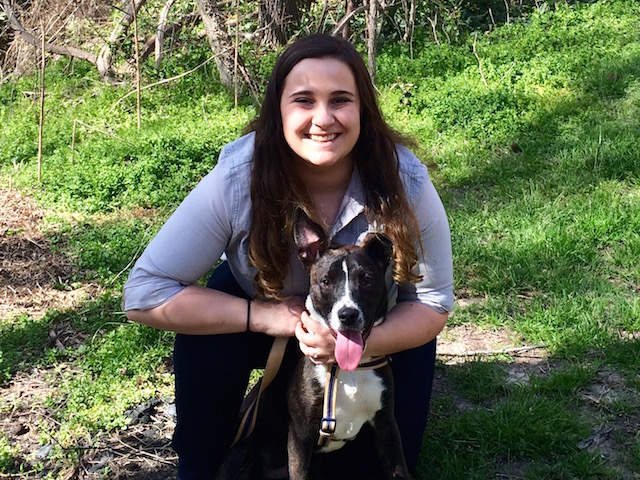 In this installment of Where are they now?, I checked in with McKenna Ganz, a 2015 DukeEngage communications & development intern that used her Crag experience to determine her future career path.

When McKenna Ganz began interning at Crag, she thought she knew what her career would be. She admitted, “I actually had wanted to be an environmental lawyer for a really long time.” A pre-law junior, she was going to use her internship experience to understand what life as a lawyer would be like. She was excited to get involved in environmental justice cases because she wanted to protect the vulnerable populations most impacted by environmental hazards.

McKenna worked at Crag as a communications & development intern, where she helped to fundraise and update Crag’s website. As she learned more about Crag, she realized the importance of Crag’s day-to-day work. Though Crag does do some big, exciting cases, she believes that, “it’s also important—maybe most important—that they work with communities to prevent over-development or ensure that communities are included in construction projects, things like that.” It is the smaller, local cases that add up to have the most effects over time.

McKenna loved learning about the local community advocacy processes that preceded many of Crag’s legal cases. She says that working at Crag “gave me a better idea of what was going on in my community and what exactly could be done to make a difference.” Learning about the legal process was also interesting, but her time at Crag and her next two years of school, “made me more interested in community advocacy and nonprofit development, and that ended up being what I did.”

She used her experience as a benchmark for what her career after college could be like, reflecting that, “When I applied to organizations, I was really picky about the ones I applied to because my standards were really high from working at Crag.”

McKenna used what she learned at Crag to get a job with the Denver Indian Family Resource Center (DIFRC) right after graduating Duke University. Indeed, she “basically turned my DukeEngage placement into my career. I’m doing exactly what I did in my internship.” She became a Development Manager for DIFRC after learning from her mentor, Crag Development Director Suzanne Savell.

Though DIFRC focuses on the disproportionate rates of American Indian and Alaska Native children and families in the child welfare system in Colorado rather than environmental justice work, she emphasizes that there are still connections to the kind of work that she did at Crag: “it seems to me that the factors that make it hard for families to stay out of the child welfare system are the same as the ones that cause them to be vulnerable to environmental hazards. Things like historical trauma, systematic racism, intergenerational cycles of poverty, lack of culturally appropriate services, and unequal access to public decision-making.” She is even leading a training in a few months about how environmental issues affect the urban native population.

Reflecting back on her Crag internship, she only has good things to say. “I’m really grateful for my internship because that was essentially the experience that gave me the path to my career right now.”

UPDATE: In March 2018, McKenna began working as the Program Administrator for The Eating Disorder Foundation, a non-profit organization devoted to helping people with eating disorders, their families and friends to rebuild shattered lives.