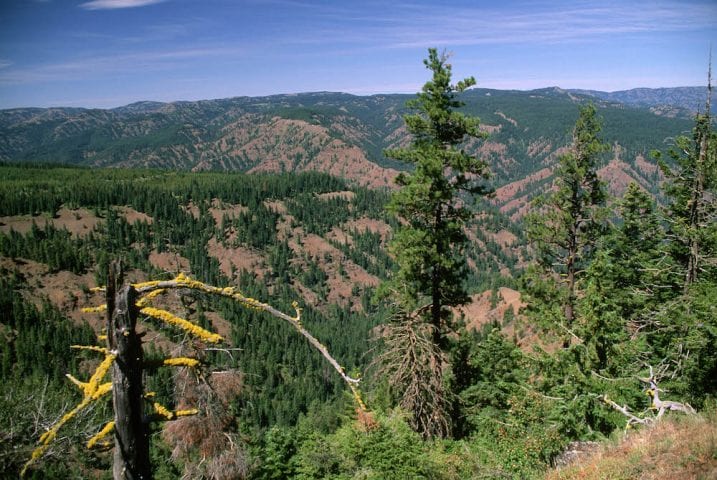 In 2007, Crag secured protections for old growth forests in the Blue Mountains that were slated for timber sales following the 2005 School Fire. Crag worked with attorneys and law students at Gonzaga University’s law clinic to submit a federal lawsuit challenging the proposed logging. The case was expedited to the 9th Circuit Court of Appeals, where the 3-judge panel ruled in favor, halting the logging of any large trees with green needles and ordered the Forest Service to re-mark the timber sales.

In 2005, the School fire burned through the Wenaha and Tucannan river watershed in the Blue Mountains of Eastern Washington.  In the wake of the fire, the Forest Service claimed that live old growth trees were dying and attempted to classify those trees as dead.  The logging was proposed across 9,500 acres, in steep roadless country.  Roadless areas are increasingly rare, and are supposed to be protected for their unique ecological and recreational benefits.  Old trees are protected by the “Eastside Screens” – a set of standards that prohibits the Forest Service from authorizing the cutting of any live trees greater or equal to 21 inches in diameter.

Crag staff attorney Ralph Bloemers visited the forest with an expert hydrologist, botanist, and locals who had discovered that hundreds of live old trees were marked.  Crag worked with attorneys and law students at Gonzaga University’s law clinic to deftly prepare and file a complaint in federal court seeking an injunction to halt the illegal logging.  The team had to act fast as the Forest Service chief claimed that the deterioration and loss of value from decaying timber required prompt action.

The district court denied the request for an injunction, and so the team filed a request for an expedited appeal in the 9th Circuit court.  In its response to the suit, the Forest Service tried to redefine a ‘live’ as not including any tree that had a 50% chance of living. In arguments before the 3-judge panel of the 9th Circuit, they argued that a dying tree was analogous to a cut flower in a vase.  The Ninth Court judges were not having it, and Judge Graber was quick to point out that a cut flower has no functioning root system.

Staff Attorney Ralph Bloemers argued that ‘live’ simply meant not dead. The Ninth Court found for the plaintiffs and reversed the lower court’s decision, and halted the logging of any large trees with green needles and ordered the Forest Service to re-mark the timber sales.

“I find it surprising that the Forest Service is proposing to remove living trees of any size —and most certainly old-growth trees — based on a set of guidelines (Scott et. al.) that have no basis in sound peer-reviewed scientific study and have, in fact, been shown to be grossly inaccurate in the prediction death in at least four case studies.” –  Dr. Jerry F. Franklin, Professor of Ecosystem Sciences at the University of Washington

Read more about this case here

Learn more about the Blue Mountains 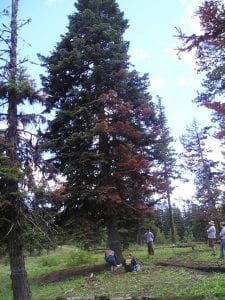 Greater Hells Canyon Council is a grassroots conservation organization founded in 1967 (as Hells Canyon Preservation Council) to stop Hells Canyon and the Snake River from being dammed.  Not only did we stop the dam, our advocacy helped to create the Hells Canyon National Recreation Area. Our work now focuses on public lands management in the entire Greater Hells Canyon Region. We cover such diverse issues as logging, grazing, recreation, mining, species protection, wildlife connectivity, and more.