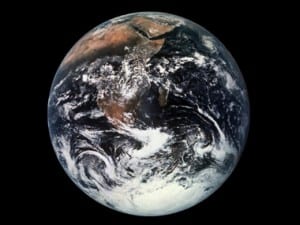 Fed up by the failure of international, national, and state governments to take appropriate action to combat the climate crisis, Oregon children and their families launched a lawsuit on May 4th against Governor Kitzhaber and the State of Oregon.  The kids and parents are represented by the Crag Law Center and Hutchinson, Cox, Coons, DuPriest, Orr & Sherlock, P.C.

We are at a crossroads facing the possibility of a rapid climate shift.  The burning of fossil fuels has resulted in a carbon overload in our atmosphere.  Too much carbon acts as a thickening blanket that traps heat around the globe and here in Oregon.

If we don’t act within the next couple of years to implement common sense ways to reduce the amount of carbon in the atmosphere, we will reach the point of no return.  Here in Oregon, global warming will mean a 50% reduction in snowpacks and threats to family farms and agriculture.  Our oceans will be more acidic, which will damage anything with a shell.  We’ll experience more severe storms and worse flooding.

That is why children in Oregon are asking that Governor Kitzhaber take immediate steps to protect their future.  By aggressively promoting energy efficiency and renewable energy, we can transition quickly away from fossil fuels while making Oregon a leader in the new economy.  These steps will not only benefit the children and our environment, but they will also create jobs as we build more energy efficient houses, plan smarter communities and build new infrastructure.

The groundbreaking lawsuit seeks enforcement of the public trust doctrine – a legal requirement that Oregon hold in trust for all citizens of the State basic natural resources like water, beaches, fish, and wildlife.  By failing to reduce carbon emissions, Oregon is threatening these resources, as well as the atmosphere itself, which the case seeks to establish as a trust resource.

The lawsuit in Oregon was filed on the same day as legal actions against the federal government and other States, and as legal action was taken in other countries with the support of Our Children’s Trust an Oregon non-profit.  But youth are not just standing up in Court, they will also stand-up for their futures in the streets this weekend and beyond in conjunction with the marches planned by iMatter.

Facts on Climate Change in Oregon:

In 2004, the Governor’s Advisory Group on Global Warming had this to say:

“Our failure to return atmospheric accumulations of greenhouse gases back to levels that will sustain historic climate patterns may lead to an Earth that is dramatically altered and far less habitable within only a few generations.”

According to the Oregon Climate Change Research Institute, predicted impacts in Oregon include:

In 2008 and again in 2009, the Oregon Global Warming Commission found that Oregon is failing in its efforts to achieve the necessary carbon reductions.

Oregon has already developed a common sense, step-by-step plan to fix the problem.  We can transition to a carbon-free energy system within the next 30-50 years while creating jobs and making Oregon a leader in the new economy.

A Framework for Addressing Rapid Climate Change in Oregon

The Oregon Global Warming Commission 2009 Report to the Legislature