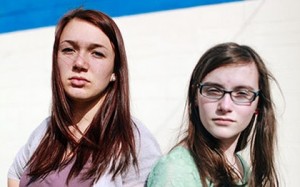 Today Crag’s two young plaintiffs from Eugene, Kelsey Juliana and Olivia Chernaik filed a motion for partial summary judgment in their climate change case, Chernaik v. Kitzhaber, to Lane County Circuit Court.  Last summer, and in a nationally significant decision in their case, the Oregon Court of Appeals ruled the court must decide whether the atmosphere is a public trust resource that the state of Oregon, as a trustee, has a duty to protect along with recognized public trust assets such as estuaries, rivers, and wildlife. As Kelsey and Olivia’s attorneys, Crag will now argue before Judge Karsten Rasmussen in Lane Country Circuit Court that not only does the State have a sovereign duty to protect the public trust resources of Oregon like air and water from carbon pollution, but that it is violating its trustee obligation to present and future generations if it does not. The legal arguments that began today will culminate in a court hearing before Judge Rasmussen once again on March 13, 2015.

“Oregon is getting left behind in responding to the climate crisis as other governments around the world are taking urgent action to regulate emissions of CO2,” said Crag Law Center’s Chris Winter who is representing the young women in their case. “It is up to the courts in Oregon to declare whether youth in this state have any legal rights to demand that their sovereign government protect their futures and the future of their children by upholding the public trust and joining in this important work.”

Kelsey and Olivia brought their against Governor Kitzhaber and the State of Oregon because the State, by its own admission, is failing to meet its carbon emission reduction goals, which are not adequate to protect Kelsey and Olivia’s futures. The youth ask the court for a declaration of law that the State of Oregon has a fiduciary obligation to manage the atmosphere, water resources, coastal areas, wildlife and fish as public trust assets and to protect them from substantial impairment resulting from the emissions of greenhouse gases in Oregon and the resulting adverse effects of climate change and ocean acidification.

“Ultimately, we are asking our court to order the Governor and legislature to act according to what science says is necessary to protect our future and the resources of Oregon we treasure,” said Kelsey Juliana, who was featured along with Professor Mary Wood on January 2 in the last Moyers & Company show to ever air said. “Basically, it means that Oregon must contribute to global reductions of carbon dioxide so that we can return to safe levels of 350 ppm by 2100.”

In his testimony to the court, Dr. James Hansen warns, “There is a brief window of opportunity to reverse course in order to preserve a habitable climate system, but the window is closing quickly.” Governor Kitzhaber and the State of Oregon have admitted that the plaintiffs’ and their families’ personal and economic well-being is dependent upon the health of natural resources in Oregon. They further admit that these natural resources are currently threatened by the impacts of global climate change, and that global climate change is causing, and is likely to continue to cause, significant adverse effects such as disruption of natural ecosystems, displacement or disappearance of some animal species, increases in the frequency and intensity of storm events and sea level rise and coastal erosion.

Kelsey and Olivia’s lawsuit was filed with the help of Our Children’s Trust, an Oregon-based nonprofit orchestrating a global game-changing, youth driven legal campaign to establish the right to a healthy atmosphere and stable climate. The legal effort advances the fundamental duty of government today: to address the climate crisis based on scientific baselines and benchmarks, and to do so within timeframes determined by scientific analysis.

Short documentary films of Kelsey and other young people taking legal action can be
seen at www.ourchildrenstrust.org/trust-films.

Crag is working on the case with Liam Sherlock from Hutchinson, Cox, Coons, Orr & Sherlock P.C. and John Mellgren from the Western Environmental Law Center.